When I first went to the Big Island of Hawai’i, I expected nice beaches, hula skirts, and lots of tourists. But Hawai’i turned out to be far more than that: the purity and beauty of its landscape was mind-blowing and quite life-changing. It often felt like I was walking in another world, and it has inspired me to take chances, and explore remote places where people don’t often go. Check out some of my favorite views in Hawaii: 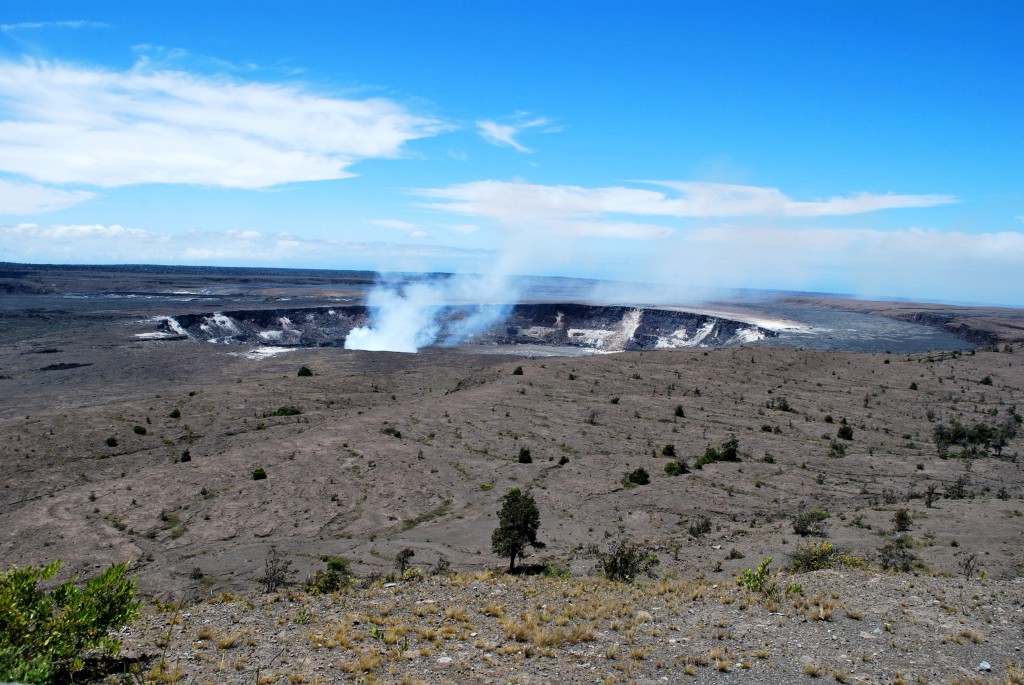 The Kilauea volcano is one of the few active volcanoes on earth. Since ancient Hawaiians settled here, the volcano has been both revered and feared, erupted several times, and caused enormous mounds of hard lava to form all around the coast. Hike up to Hawaii Volcanoes National Park and get a view of the crater from afar.

Winding down from the volcano is Chain of Craters Road, one of the most scenic drives on the island. You’ll see the entire coast unfold before your eyes as you drive. If you are looking for a life-changing adventure, trek towards the petroglyphs on foot. In this sacred place, you’ll experience one of the most spiritual spots for ancient Hawaiians, where they carved petroglyphs into hardened lava.

Known as the “Valley of the Kings,” Waipio Valley Lookout will give you a taste of the Big Island’s history and panoramic coastline. The cliffs are up to 2,000 feet high, and deep within them are numerous waterfalls. This valley used to be home to thousands of ancient Hawaiians, and it’s also where King Kamehameha I (the king who ultimately united all of the Hawaiian islands in 1810) was raised.

Don’t miss seeing the waterfalls when you’re on the Big Island, because they’re a truly once-in-a-lifetime view, especially Akaka Falls. One of the most unique things about the Big Island is that it contains 5 different ecosystems, from volcanic land to rainforests. You’ll get a taste of everything here.

Considered the Grand Canyon of the Pacific, Waimea Canyon on the smaller island of Kaua’i is 10 miles long and 3,000 feet deep. The colors of the canyon are a beautiful array of lush greens, as well deep reds and blues, which you can see from a variety of hiking trails.

For a day of sailing, swimming, or paddle-boating, head to Hanalei Bay, a 2-mile beach surrounded by mountains on Kaua’i. This place also happens to be where South Pacific was filmed in 1958. 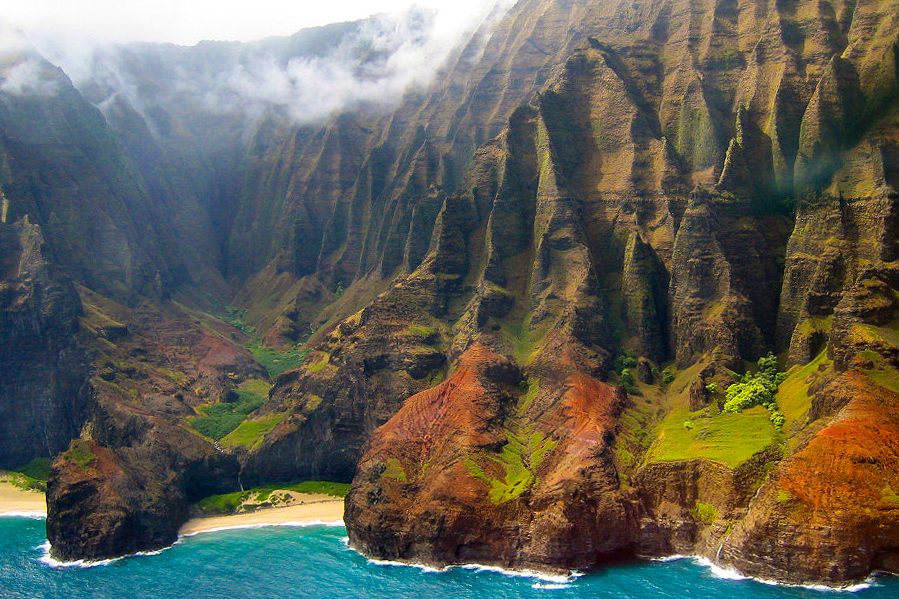 The N? Pali Coast is where you’re going to get amazing rugged coastal views along the northwest of Kaua’i. But the only way you can experience the coast is through hiking, since there are no vehicles allowed; the views will be worth it.

Although Oahu is certainly the most populated of the Hawaiian islands, and Diamond Head one of the most touristy spots, it’s a special view because it highlights both the city of Honolulu and the surrounding nature and mountains. Diamond Head is just a short hike outside the city.

If you’re looking to rest after a morning of hiking, head to Kailua Beach, one of my favorite beaches on the island. It’s the perfect place to go for long, refreshing runs on the beach, swimming in the warm, gentle tide, or lounging underneath the trees lining the beach.

Mount Haleakal?, meaning “house of the sun,” is an enormous volcano that shapes most of the island of Maui; you’ll definitely be amazed that such a beautiful place exists on this earth. Go to Haleakal? National Park to truly experience the scenery and try one of the many hikes. Nothing can refresh you like time spent in Hawaii; it truly connects you to the earth and nature and will inspire you to do something about it. So what are you waiting for?

The post 10 amazing views in Hawaii appeared first on tentree.