10 day off activities while tree planting

So you've finally made it through another gruelling shift planting and it's time for your day off in town. Here are the top 10 things to do on your day off. 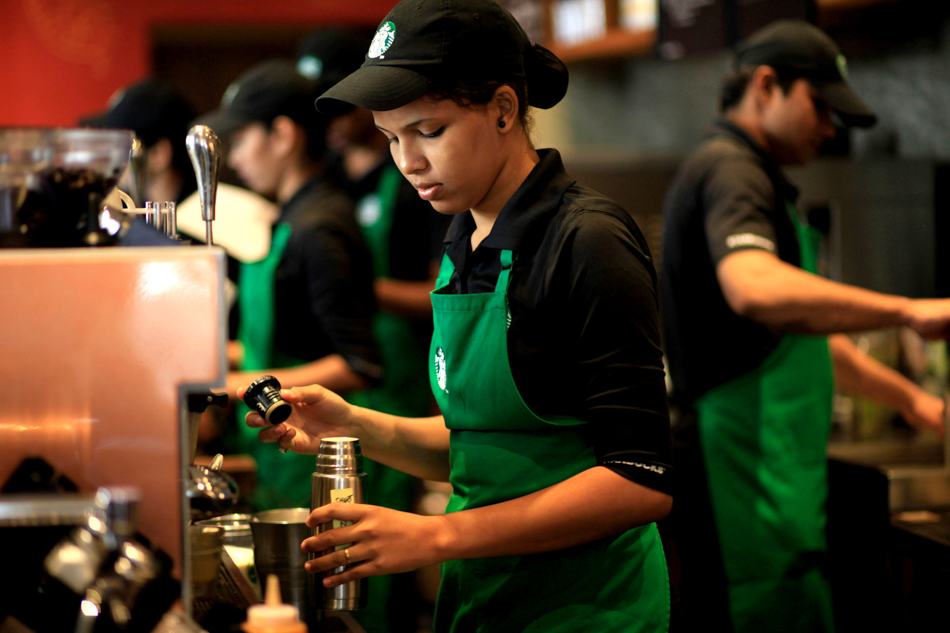 After spending the shift disconnected from civilization living in the bush, it can be great to just hang out somewhere quiet and surf the web for a while. Leave it to the gamers in camp to figure out which coffee shop or restaurant has the best wifi, and from that point on you'll find them set up in said shop for the rest of the day.

9) All You Can Eat Buffet 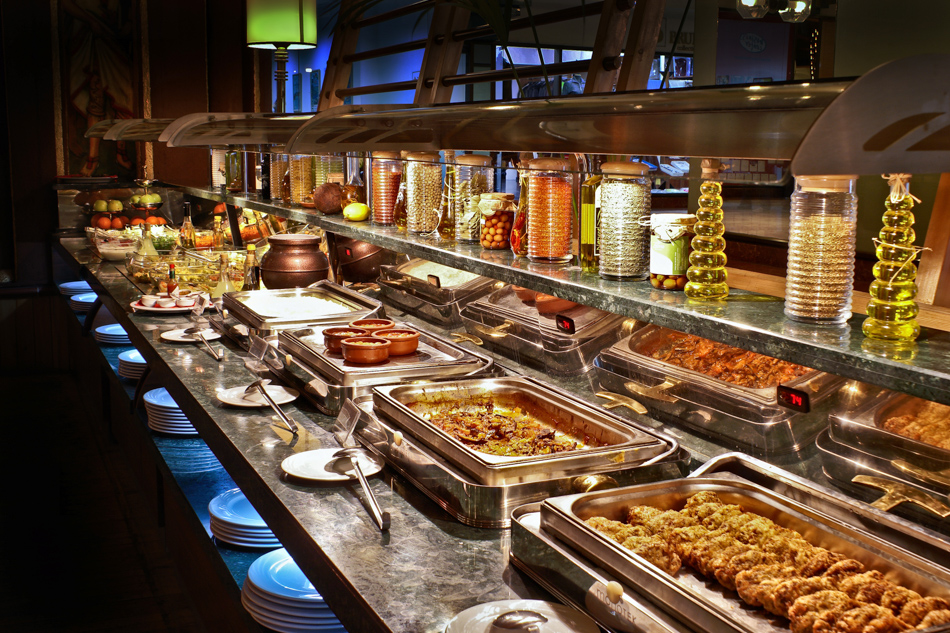 Being in camp all shift, you have access to endless helpings of delicious food prepared by your awesome cooks. Come day off however, you're left to fend for yourself. Thankfully there's always a buffet to be found somewhere to help ease your hunger.

In my camp, the Pizza Hut lunch buffet seems to be the most popular, with planters often competing as to how many slices they can down in a sitting - often in the 20s. These same planters can generally be found 45 minutes later lying down somewhere moaning about how bad an idea that was. Nevertheless, the local all you can eat buffet is an ever popular day off destination.

After working your butt off all week in camp, doing everything you can to maximize your efficiency during every minute on the block, it can be nice to have some time to laze about and do nothing. This can mean finding a park and hanging out, watching movies in the hotel room, video game. Whatever. It's great to be able to just switch your brain off and veg for a few hours

There's often not a ton of down time in camp, so these are the times when you can really get to know and connect with your fellow planters. Talk to almost any tree planter and they'll tell you that some of the strongest friendships they have were formed during their time planting. 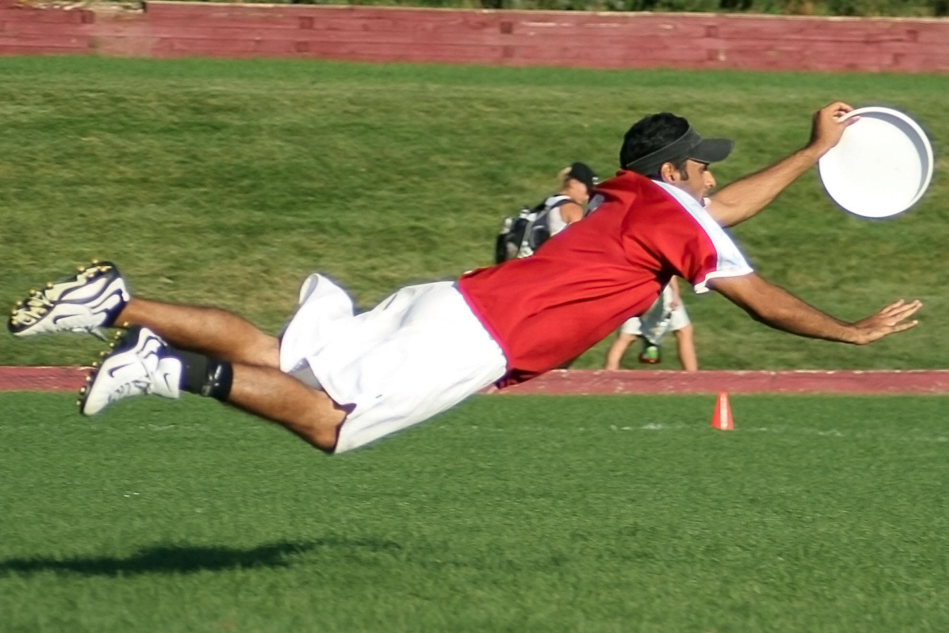 While your body may not necessarily feel up to the challenge at first, a pick up game of soccer or ultimate is a great way to blow off some steam, have fun, and take your mind off of planting for an hour or two. Pitting crew against crew or even inter-camp/company games add to the competition and can be memorable afternoons.

Keep in mind however, that your body is not in the shape it was prior to planting, and that there is a greater chance of injuring yourself playing sports now than there might normally be. 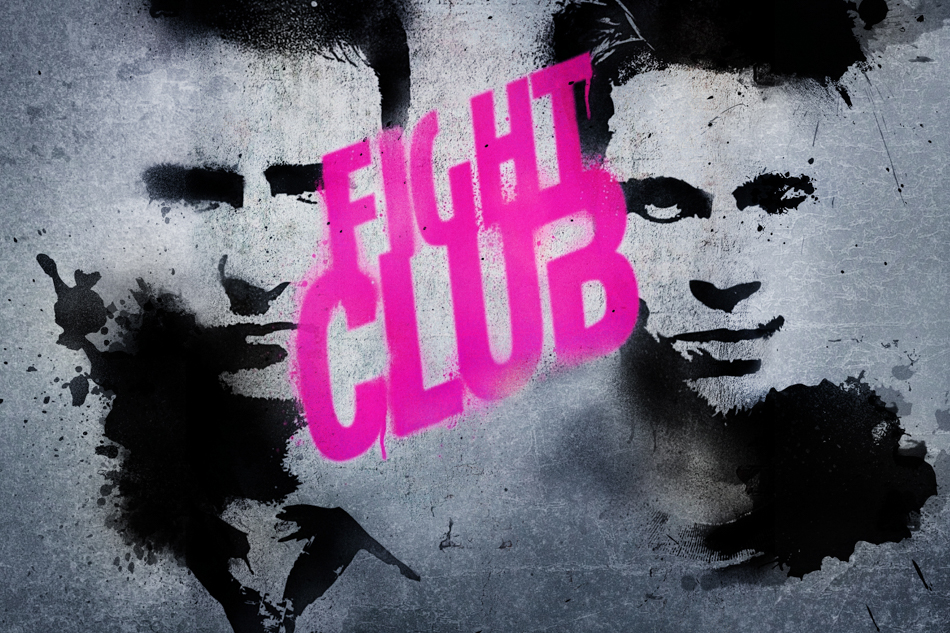 By the time you get into town, checked into a hotel, and cleaned up on night off it can be super late, and more than likely lacking the will to do anything more than walk to the pizza place next door and back before passing out. Even when that movie you've been dying to see is finally released, it can be hard to muster the energy required to get out to the theatre, much less stay awake through the entire film.

Luckily for tree planters everywhere, most theatres show matinee films in the afternoon, and what's more, they're at a reduced price! Planters have been known to by a ticket to one movie early in the day, and then theatre hop, taking in two or three more shows before leaving. 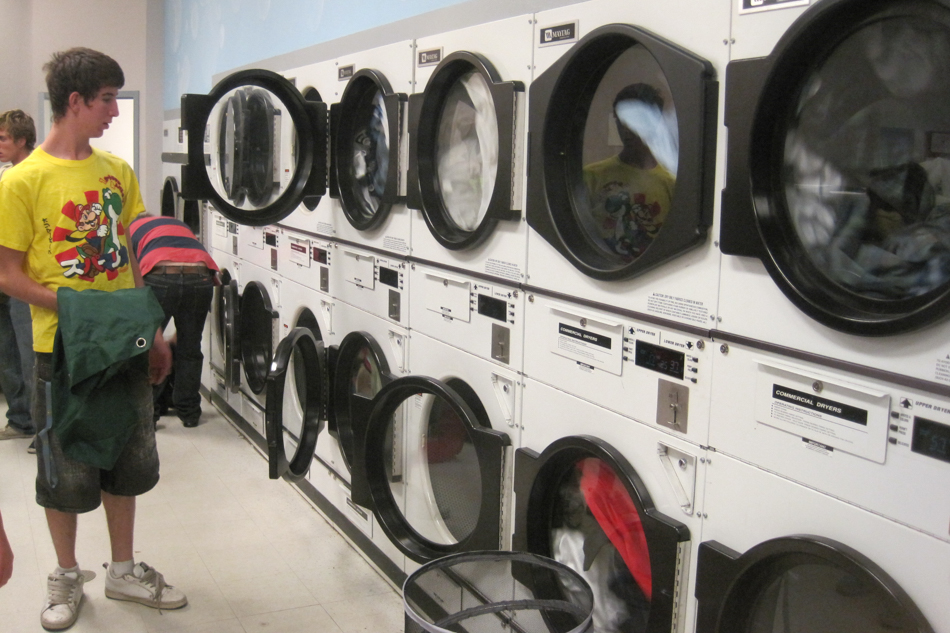 Not the most exciting of activities, but you're only in town once every shift and you're clothes are filthy. What can you do?

You'll usually find the local laundromat packed to the brim with about 30 other planters who also happen to have the day off, which often means it takes a lot longer than it should. In the end however it's a great place to meet other planters and share stories. Bear in mind it's always better to get there early to try and avoid the hubbub.

4) Hiding From The Rest Of Your Camp 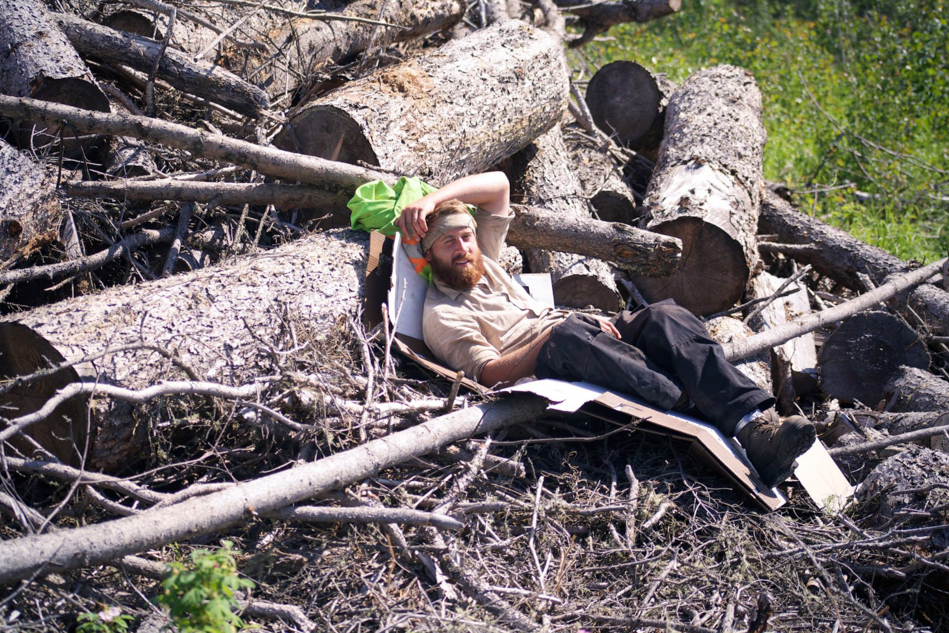 It can be hard being stuck with the same 50 people in camp all the time. Even on day off it can be hard to escape, as everyone pretty much has the same agenda on day off. For a lot of people, myself included however, it is absolutely necessary to take a day to yourself every now and then to recharge your mental batteries. Tree planting is hard work physically, but it can also begin to feel like high school or summer camp, living and working with the same people every day for three months.

Find a coffee shop or park where you can be alone, read a book, call your mom, take a nap. You'll feel refreshed and (almost) ready to face another shift of planting. 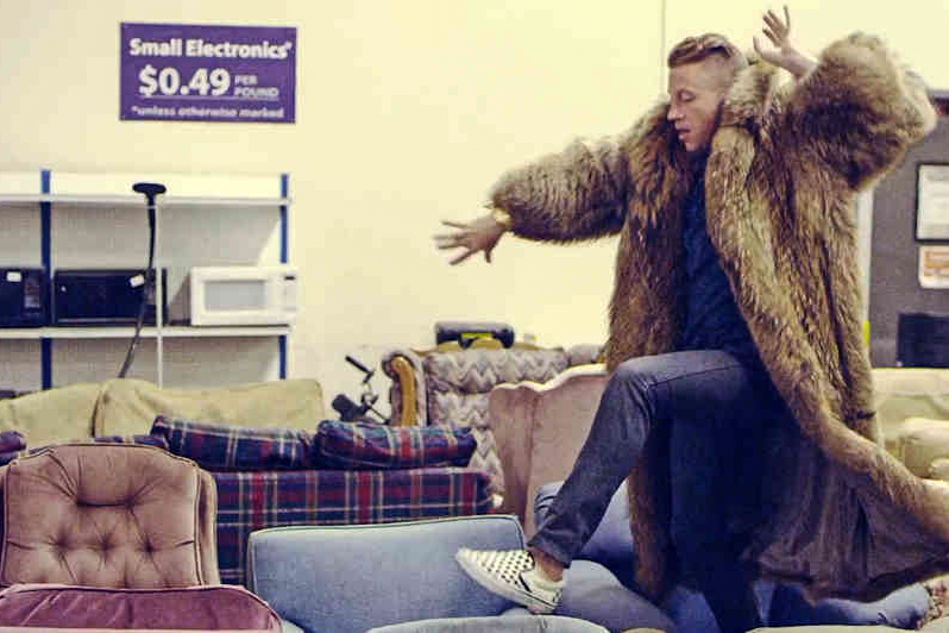 For whatever reason, planters seem to feel a great sense of attachment to their local thrift store, a connection that remains long after your planting days are over. It makes sense, planters are generally cheap (especially at the start of the season), go through clothing quickly, and hey, it's right across from the laundromat, so what else are you going to do while you wait for your clothes to dry.

Really though, thrift stores are the ideal place to buy cheap clothes for the block, especially wool, dress shirts, dress pants, and rain gear (if that list doesn't make sense to you, go tree planting and you'll understand).

2) Packing Way Too Many People Into A Hotel Room 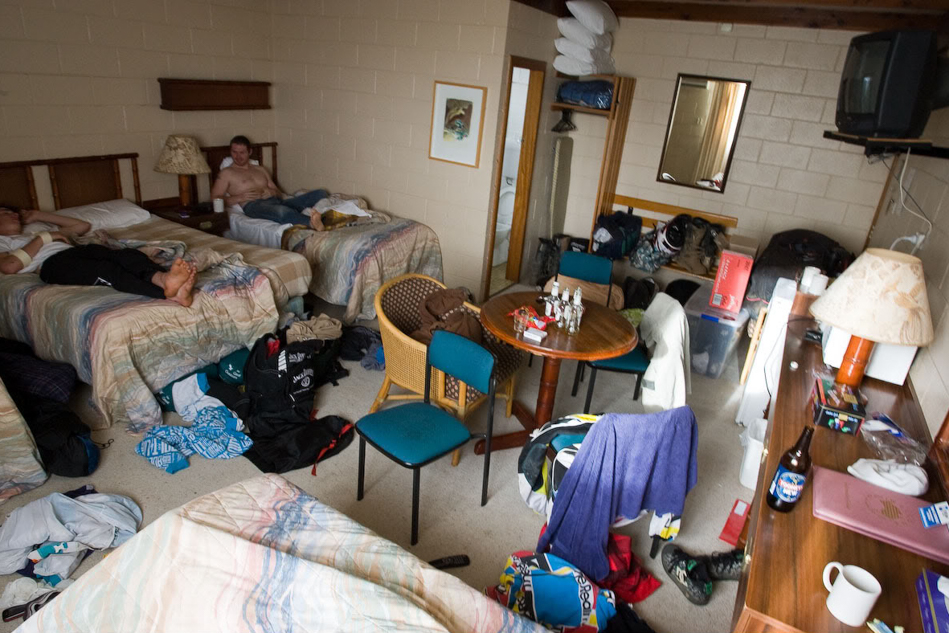 Well first things first. After driving into town on night off you need somewhere to spend the night. Hotel rates being what they are, nobody is really willing to dish out the requested price. Luckily, planters are not a picky bunch, and will most likely be happy to sleep on the floor if it means paying less for a place to crash.

Undoubtedly, one of your most cherishes (or most despised) memories of planting will be those times you crammed 13 people into a 2 bed hotel room. Three on each bed, the rest occupying every available inch of floor in the room. Not exactly the most comfortable night you've ever had, but possibly one of the more memorable.

You'll quickly find out that the shower becomes the hottest commodity when sharing a room with this many other people, not to mention the towels. Better to get in early.

Really, this is all you need. If you head to the local swimming pool mid afternoon, you'll likely find pretty much every planter from your camp - as well as planters from any other companies with day off - already there.

There's really nothing like soaking in the hot tub, and floating effortlessly through the water that eases the soreness your muscles have accumulated during the past shift. If I could pick only one activity to do every day off for the rest of my planting career, this is it.

The post 10 day off activities while tree planting appeared first on tentree.