10 funny things you only find in nature 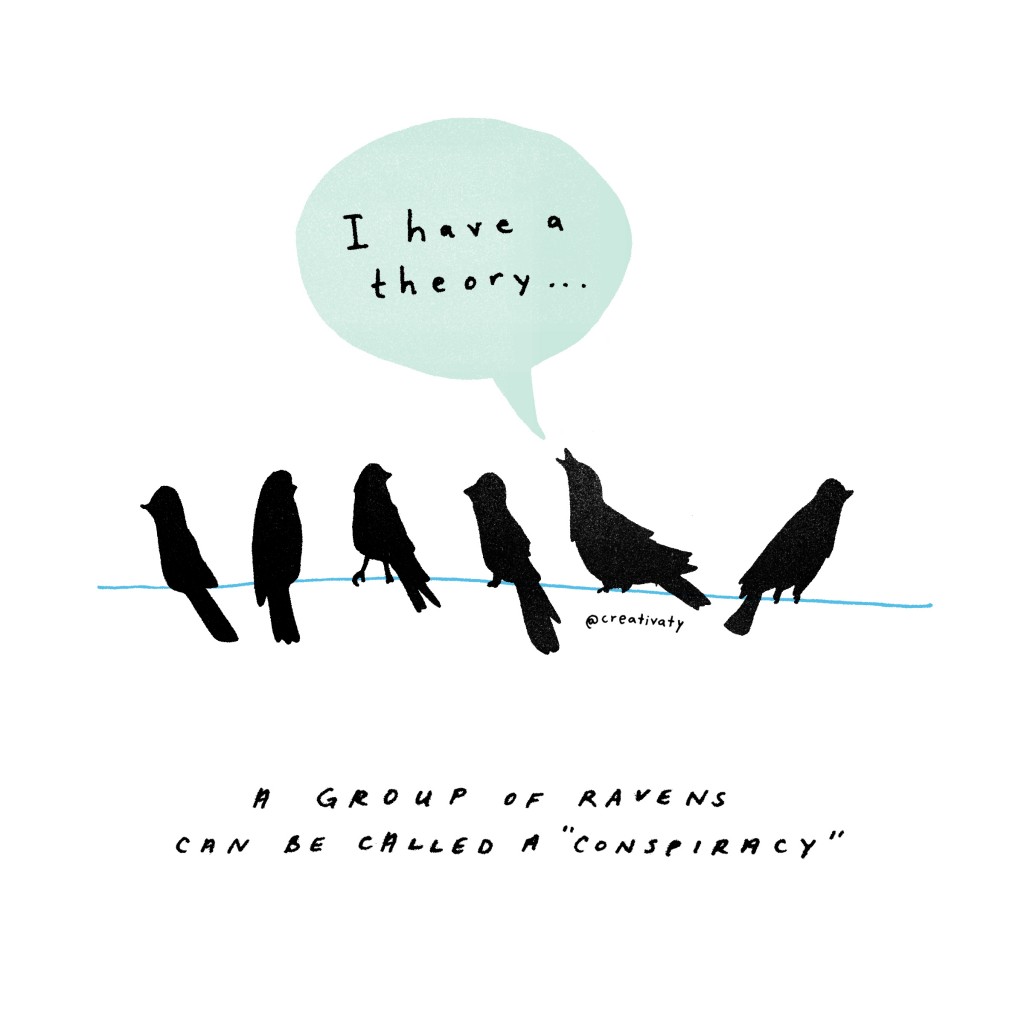 Did you know that a group of owls is called a 'parliament'? Or that a group of ravens can be referred to as a 'conspiracy' or an 'unkindness'? The English language is full of wonderful idiosyncrasies, particularly in the animal kingdom. Bear this in mind when you hear someone talking about a 'business of ferrets' - it's not what you might think. But that would be cool... 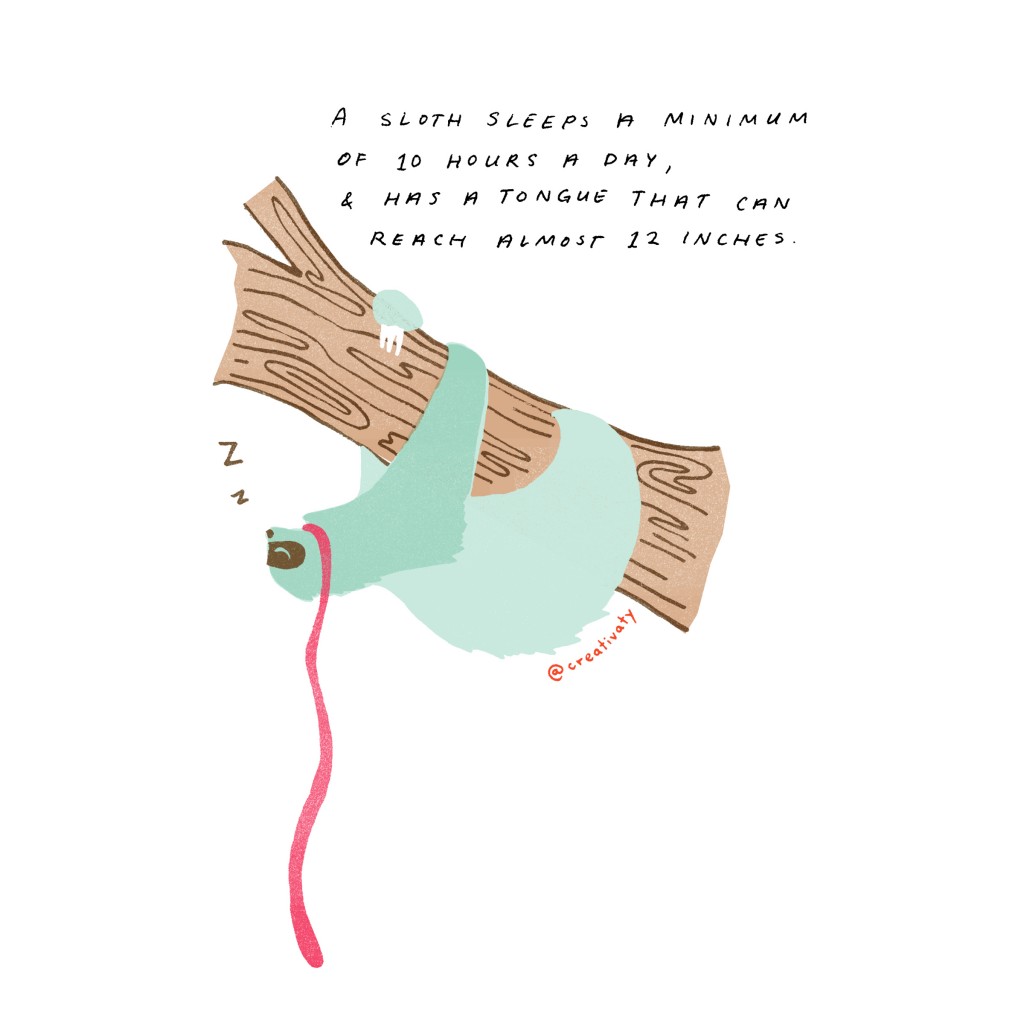 Ah, the sloth. Nature's brother-in-law. A stomach that compromises two-thirds of its body weight, minimum ten hours sleep a day and a tongue that can reach almost 12 inches so it doesn't have to undergo the laborious task of lifting an arm to grab a tasty leaf. Easy. Sometimes, however, sloths mistake their own arm for a branch and end up falling out of trees. 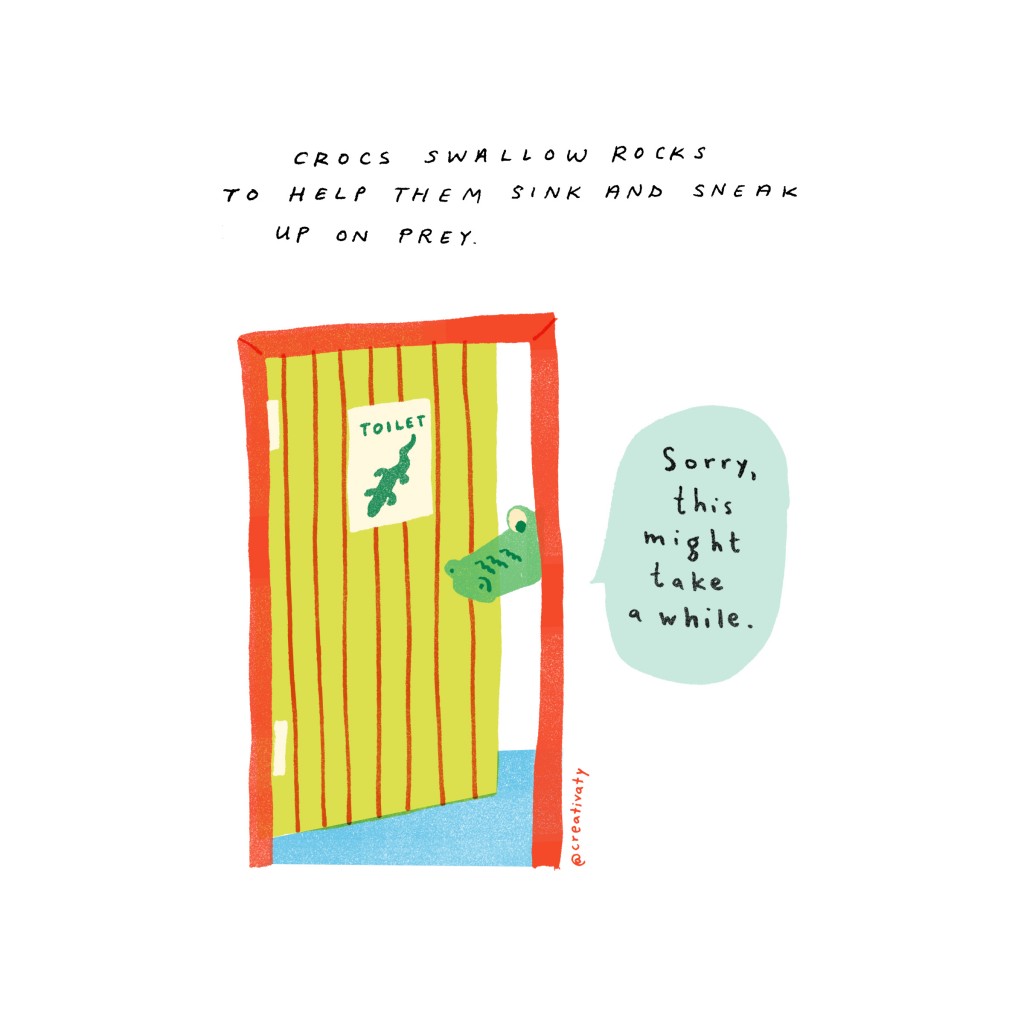 Oysters (and some lizards) can change gender depending on which is best for mating. Crocodiles, in their infinite wisdom, swallow rocks to help them sink to the riverbed so they can sneak up on their prey. We have no further information on how the rocks exit the crocodile. 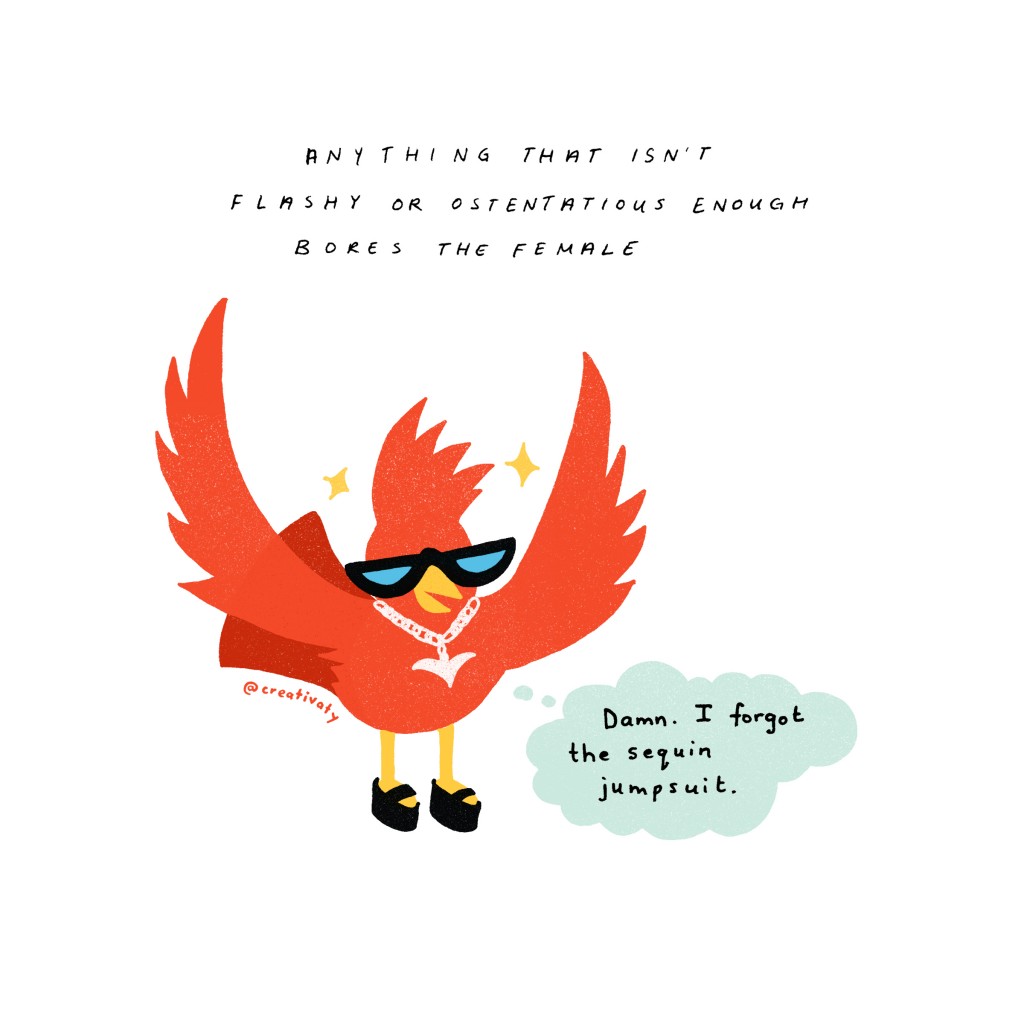 If your late-night, alcohol-induced MJ impersonation fails to attract a member of the opposite sex (which it will), all you are risking is your pride. Spare a thought, then, for rare Birds of Paradise, who have to dance like their lives depend on it - literally. In a competitive and hostile jungle environment, males have to make a spectacular display of boogieing to attract females in order to mate and keep the species alive. Anything that isn't flashy or ostentatious enough bores the female, who then looks for a mate with smoother moves and better taste in apparel - something from tentree, presumably. 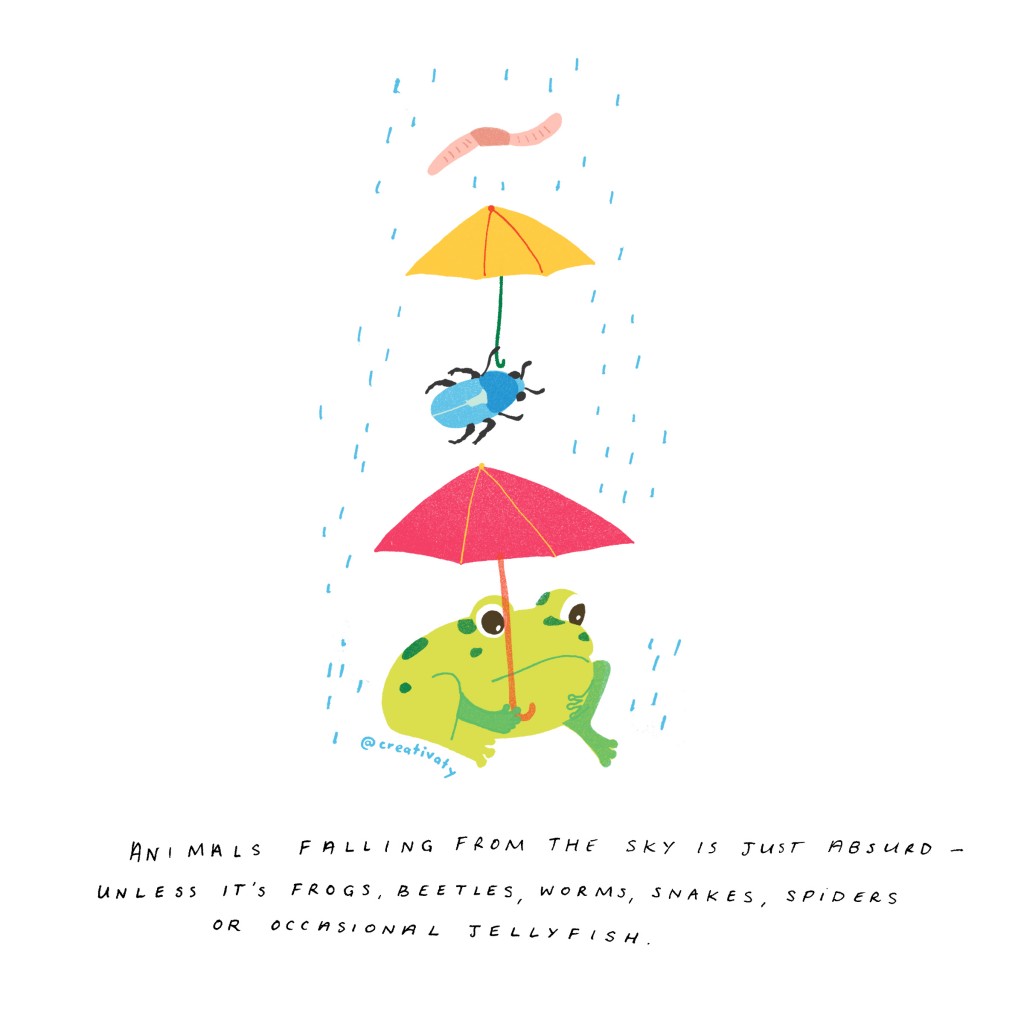 We're glad this doesn't literally happen. That would be ridiculous, right? Animals falling from the sky is just absurd - unless it's frogs, beetles, worms, snakes, spiders or occasionally jellyfish. That's just normal, apparently. It is thought that the animals are "collected" by the wind during a storm or hurricane, and carried on the jet-stream to fall on our unsuspecting heads. A nice headpiece from the tentree accessories line will help keep these out of your hair - better stock up in case of insect-rain-apocalypse. 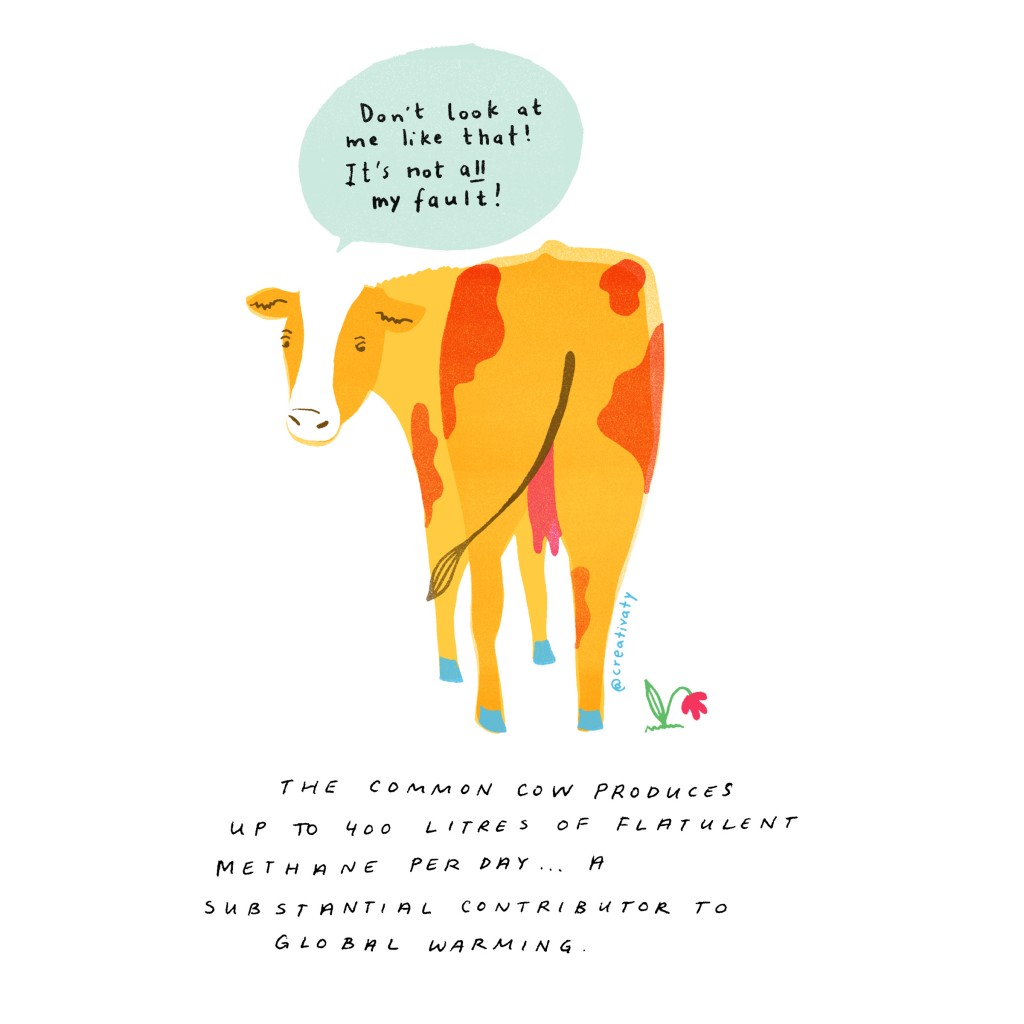 The vegans and vegetarians among us will agree that a diet consisting largely of fruit and veg can sometimes leave us, shall we say, windy. But if it were a contest (which would be awful), we would surely lose to the common cow. They produce up to 400 liters of flatulent methane per day, which scientists say is a substantial contributor to global warming. Please do not take this is as a challenge. 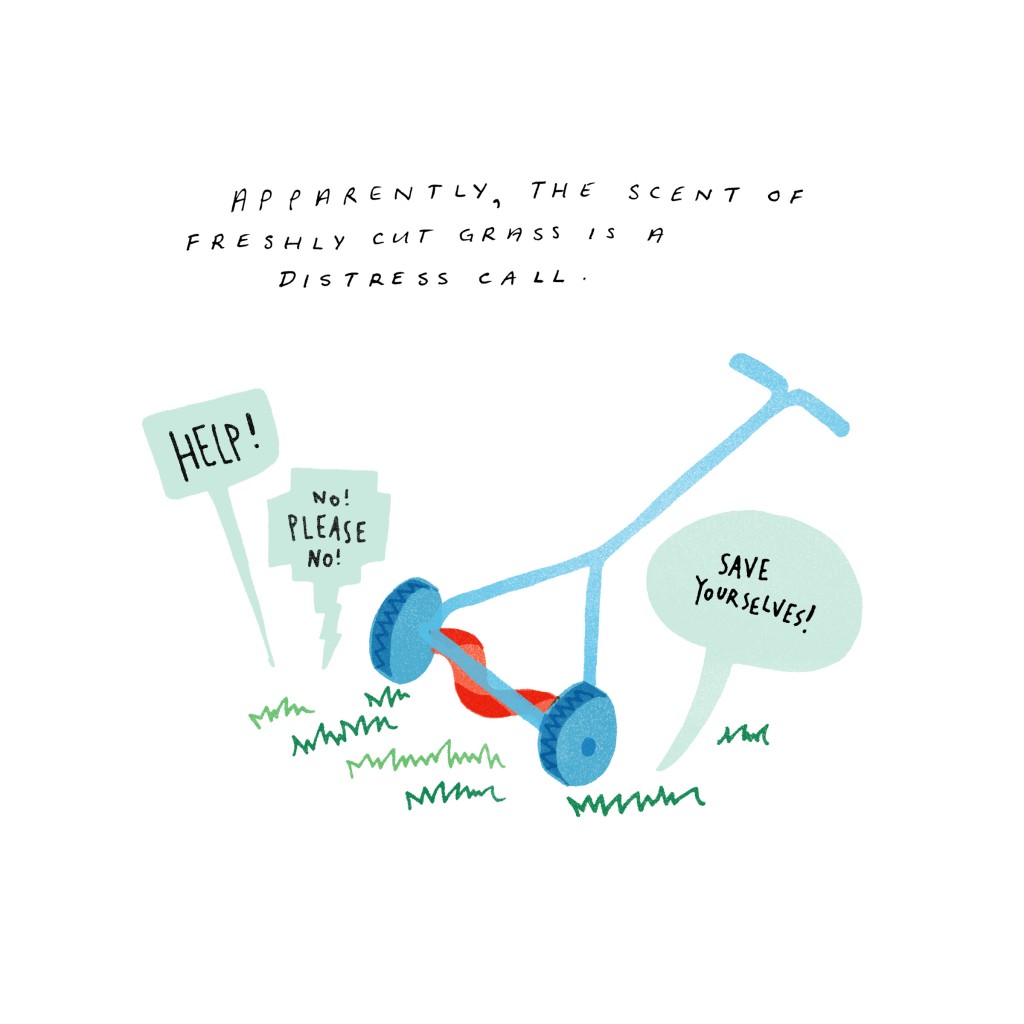 Who doesn't love the smell of freshly cut grass on the breeze? Although a summertime jaunt can help with stress and depression, what you're smelling is actually a plant distress call. Shame on you. 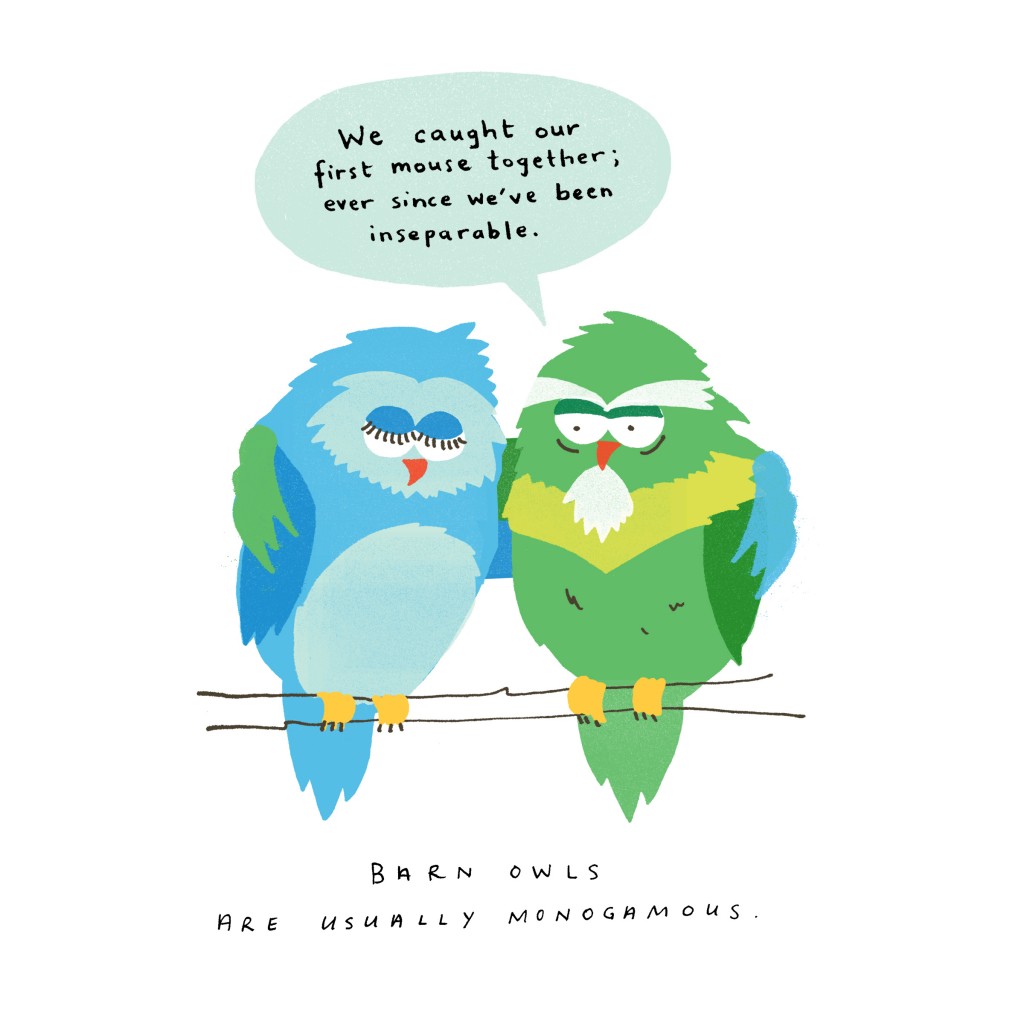 We are so closely related to our wonderful animal counterparts - not just in our DNA, but in tradition and habit. Barn owls are usually monogamous; Emperor Penguins often 'propose' to a mate using a pebble; Moose 'vote' on which direction to walk; Porpoises have been known to catch the wake of a boat and surf for up 100 miles - you might catch some here. We're unsure if they do it on porpoise (sorry). 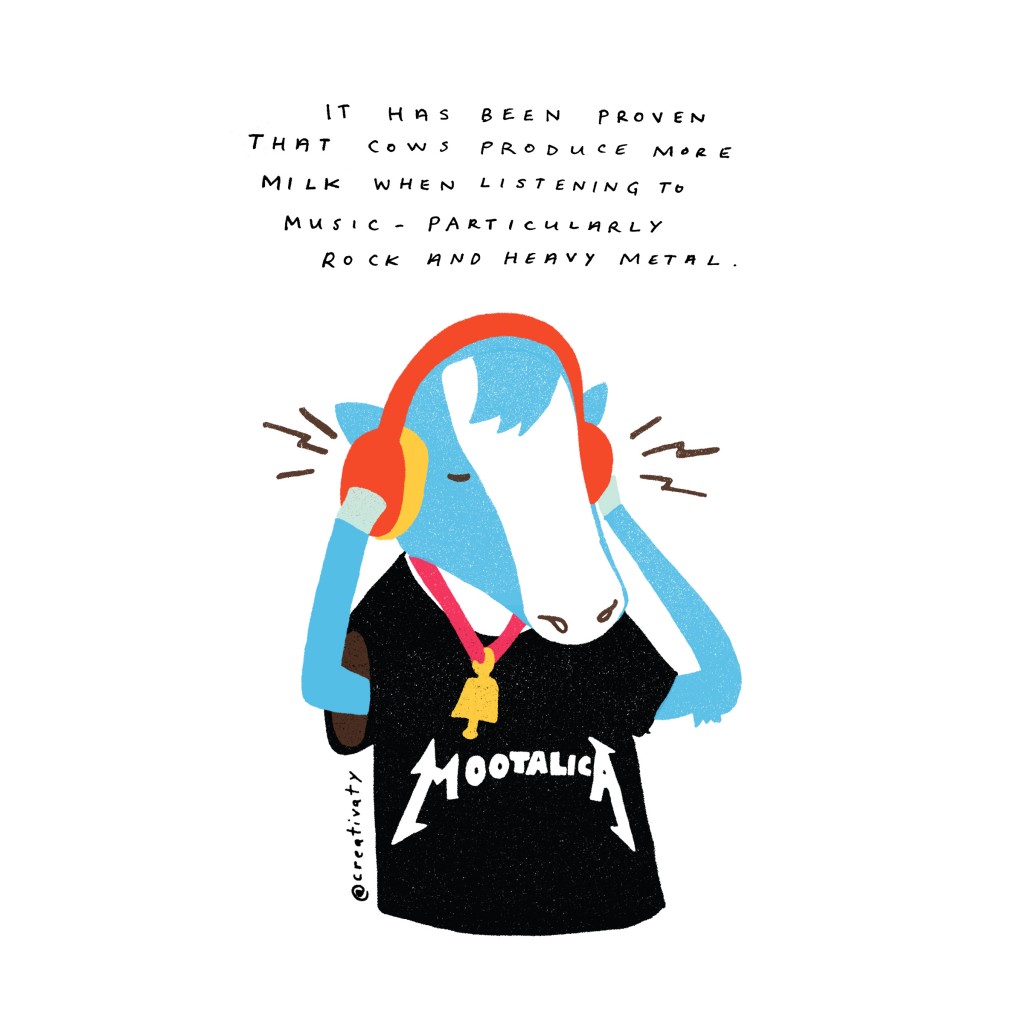 It has been proven that cows produce more milk when listening to music - particularly rock and heavy metal, apparently. Apparently, it is the calming effect music has on the brain that results in better lactation. Studies have also shown similar results when cows are listening to readings of Shakespeare and Milton. Do your local farmer a favour and buy him some AC/DC. 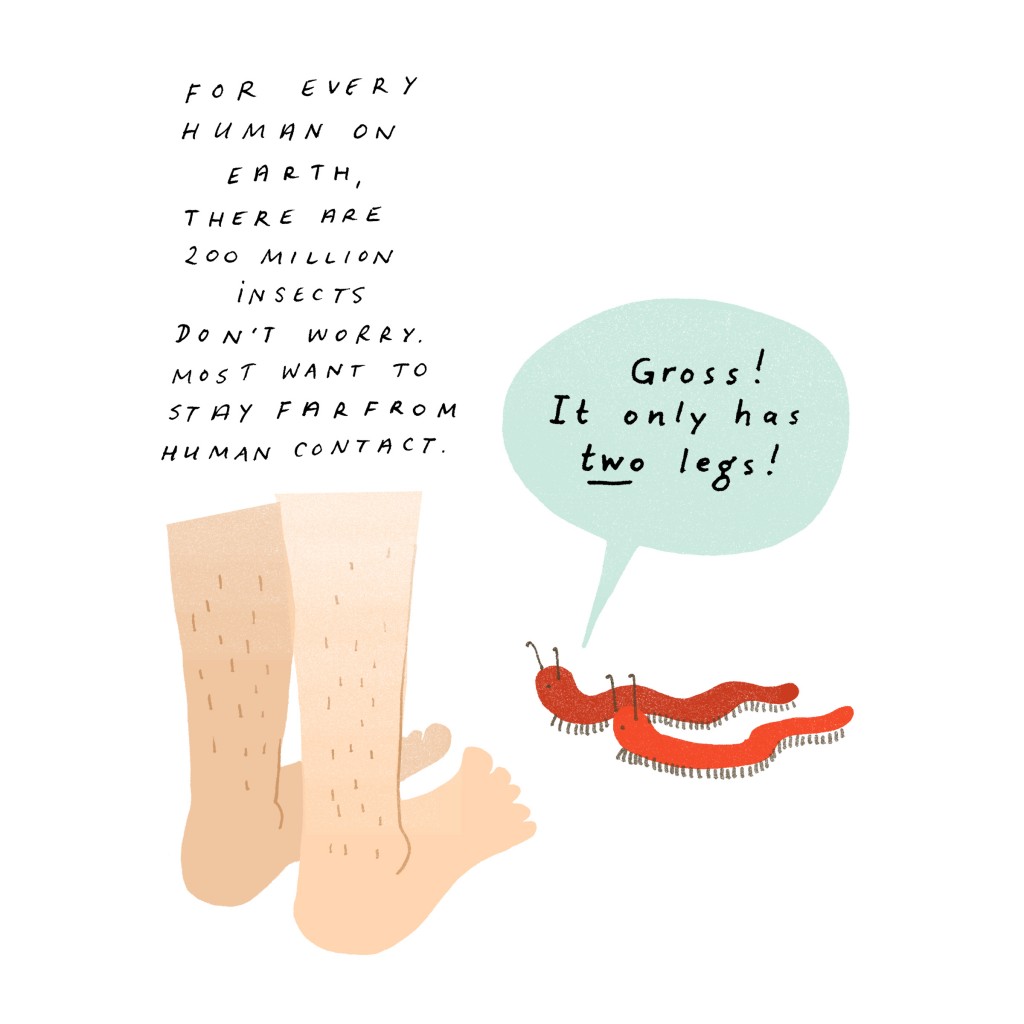 A sobering thought: For every human on earth, there are 200 million insects. Two. Hundred. MILLION. Not very funny, is it? Don't worry, most want to stay far away from human contact. There are supposedly a million ants per person, 400,000 beetles per person - and even 2 chickens per person. But it does make us wonder whether there is a cash equivalent... 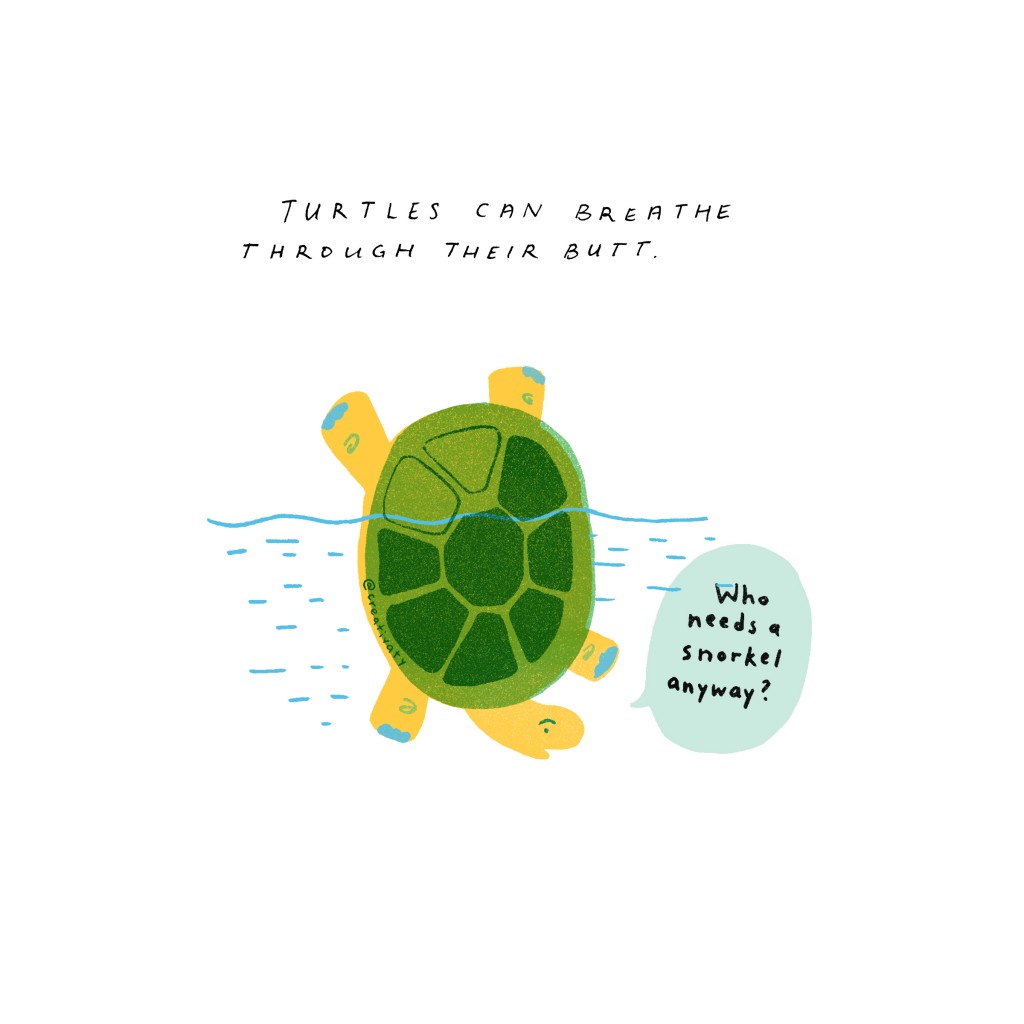 ...can breathe through their butts. That is all.

The post 10 funny things you only find in nature appeared first on tentree.