10 Of The Most Surreal Places On Earth Our world is pretty spectacular. That's why we here at tentree fight so hard to protect it. We plant 10 trees for each item purchased in our store in the hopes that we can protect the world we play in.

There’s really no way you can possibly get bored here. Planning some trips to these incredibly surreal places will open your eyes to the dream-like sites in the world and they’ll transport you to a seemingly new universe. 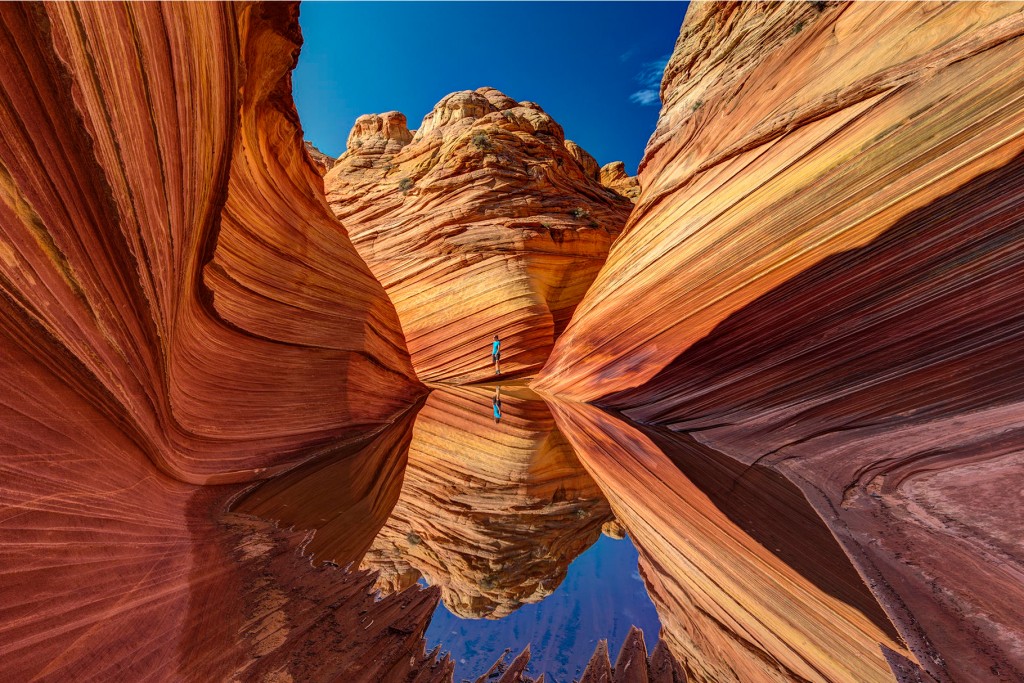 This sandstone rock formation in Arizona is a work of art in itself. Located in the Coyote Buttes, the Wave is perfect for hiking (you can access four different trailheads leading there) and photography. 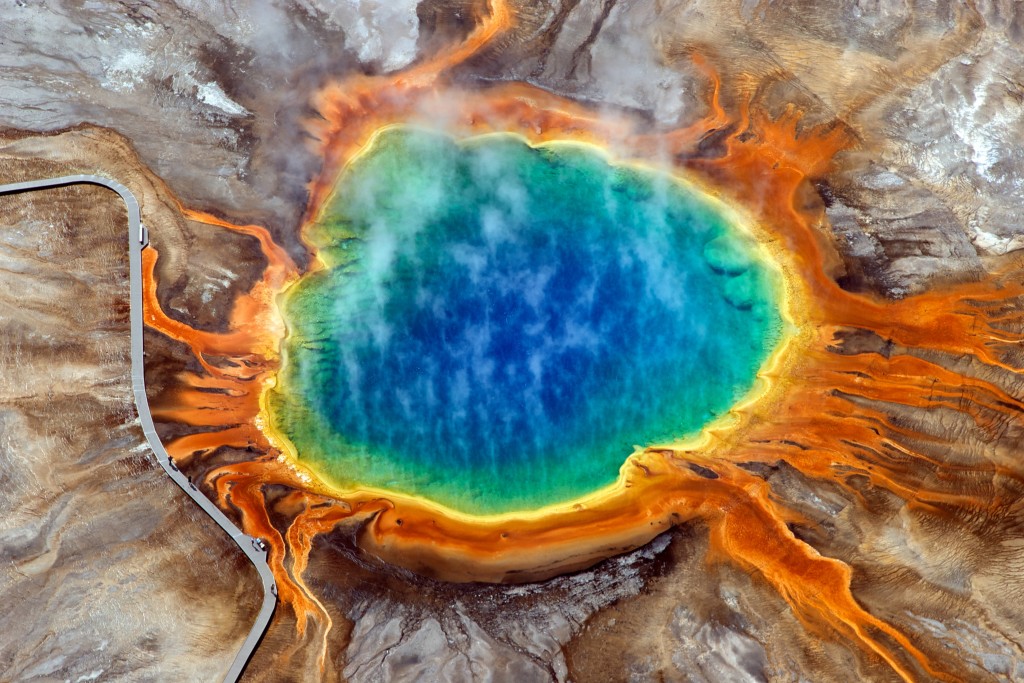 You can find this rainbow pool in Yellowstone National Park in Wyoming. It’s the largest hot spring in the U.S. and the third largest in the world. Its radiant, beautiful colors are actually caused by pigmented bacteria that live in the mineral water. The hot spring’s center is so blue because of how pure the water is (due to extreme heat) and its depth. 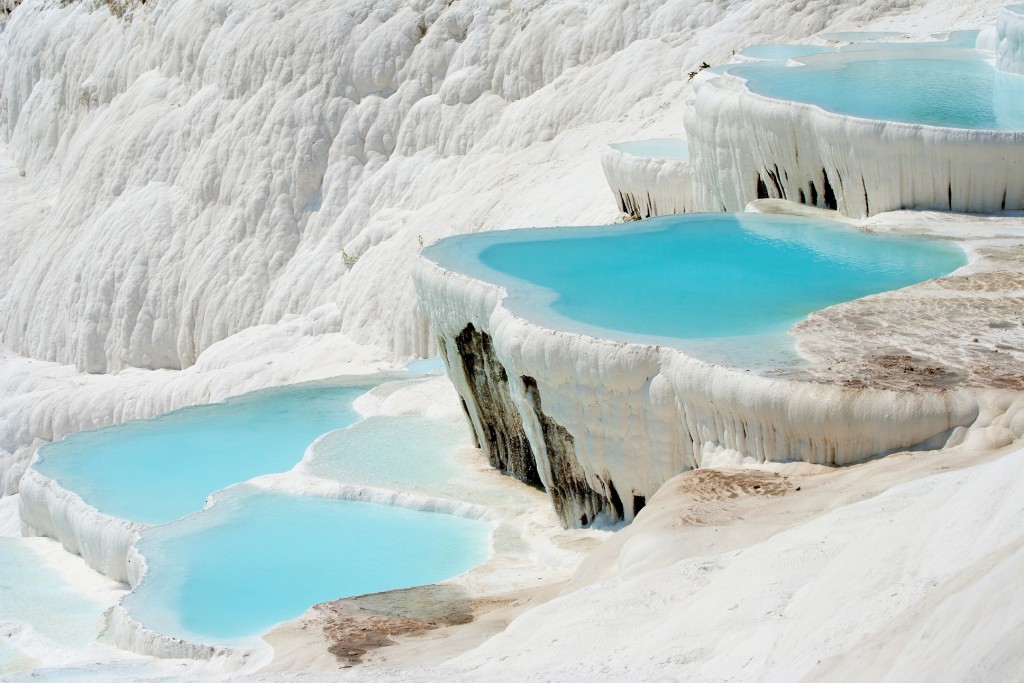 Turkey is known for its fairy-like sites, and the thermal pools at Pamukkale in the southwest of the country certainly fall into that category. The natural terraces holding the hot springs are made up of travertine, which is a type of rock. Bathe in the mineral waters and bask in the notion that this place, which is known as the “cotton castle,” was home to an ancient Greco-Roman city known as Hierapolis. 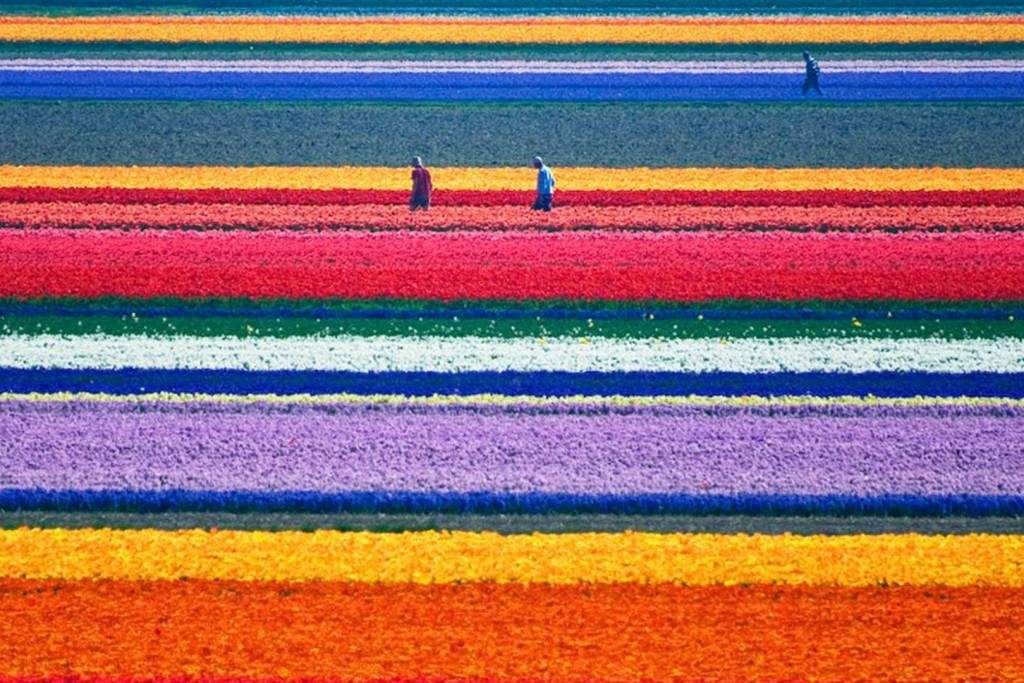 Since the first tulip was planted in Holland in the 1500s, the Netherlands has been known for its gorgeous fields of colorful flowers in the spring, which bloom from March to May. It will only inspire you to plant your own flowers or trees and make the world a better place. And while you're there, check out Amsterdam. It's one of the most eco friendly cities on Earth. 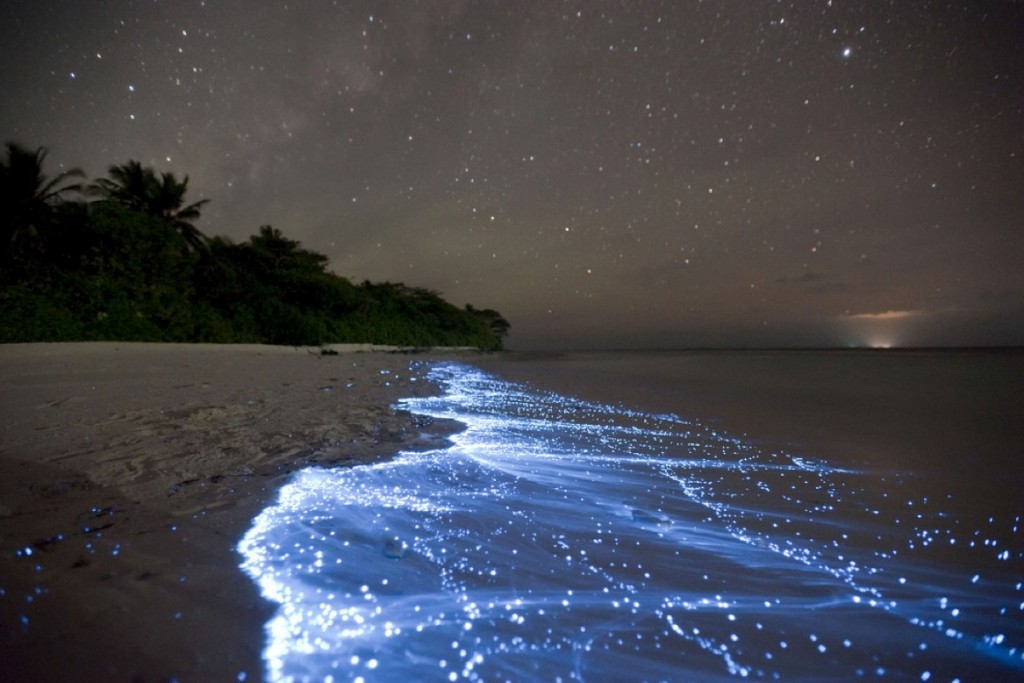 Tiny sea microbes known as phytoplankton glow in a beautiful blue color due to their bioluminescence, and they make the scene on Vaadhoo Island surreal and quite fantastic. It’s as if tiny stars have fallen from the sky and landed on the beach. 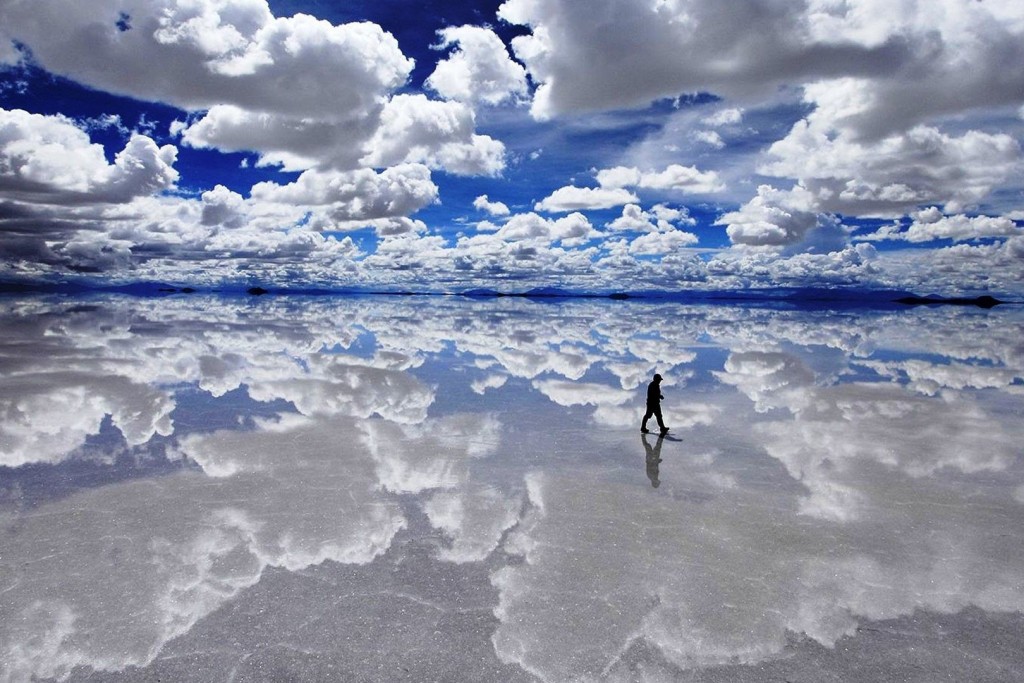 If you ever want to feel like you’re walking along the edge of the earth, visit Salar de Uyuni, the world’s biggest salt flat in Bolivia. Salt flats are seemingly endless stretches of flat ground covered in salt and minerals, stretching away into the distance like a cloud. Salar de Uyuni appeared after a prehistoric lake dried up and left a giant expanse of salt-covered desert. 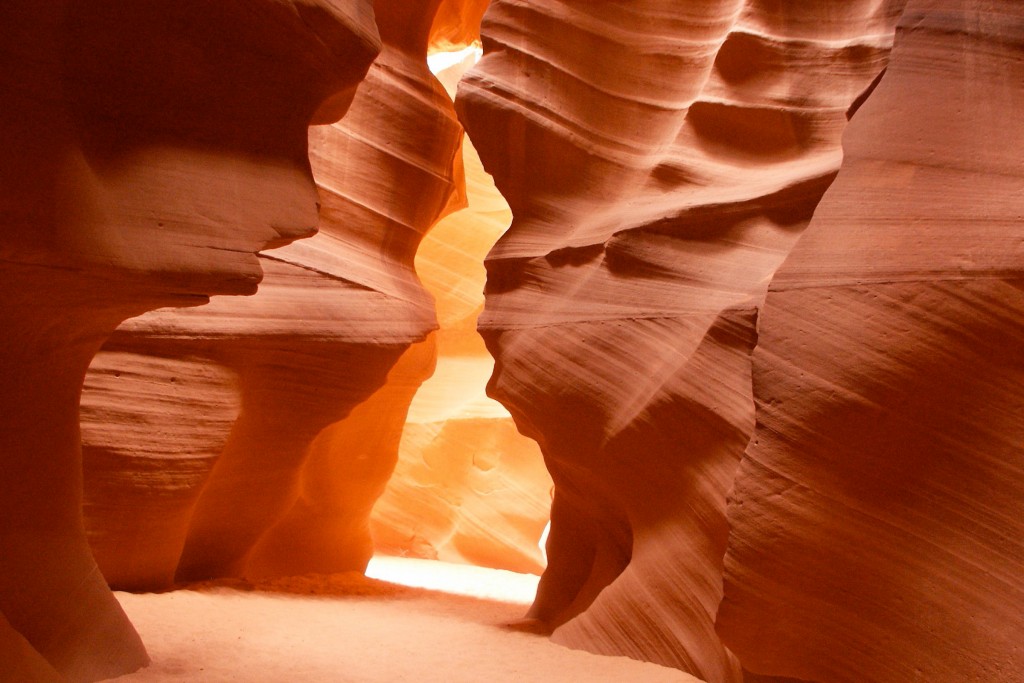 Another great spot in Arizona is Antelope Canyon, which will make you feel like you’re inside an abstract Georgia O’Keeffe painting. Antelope Canyon means “the place where water runs through the rocks” in Navajo. 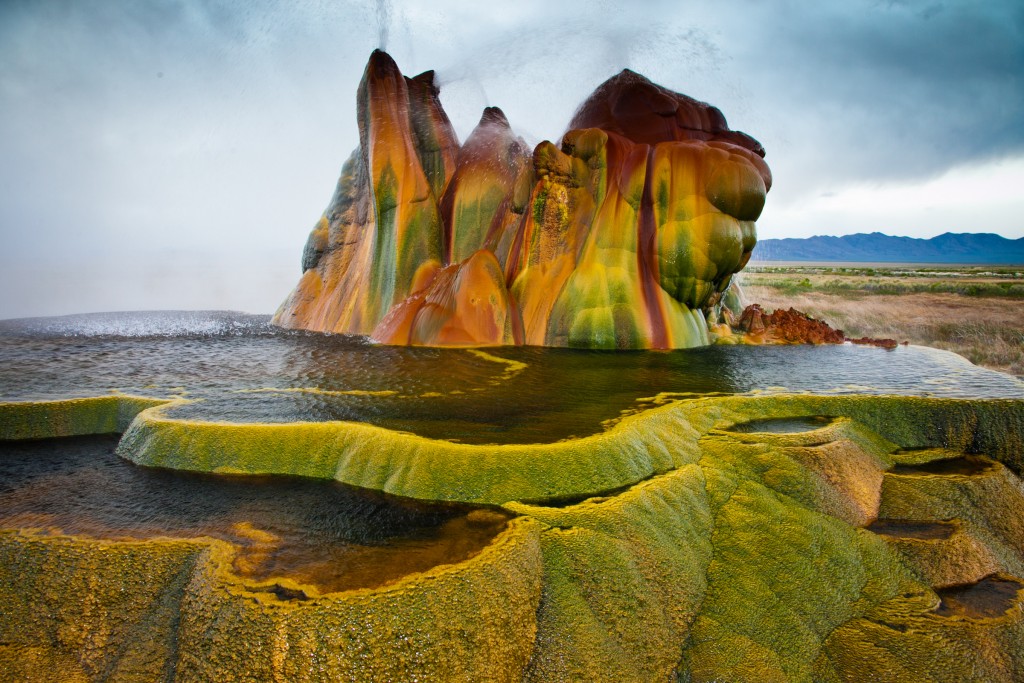 This is a truly bizarre and surreal sight that might leave you wondering if you’re dreaming. The Fly Geyser is a geothermal geyser in Nevada, The Fly Geyser is actually man-made -- accidentally created by well drillers in 1964, when minerals began rising and accumulating. 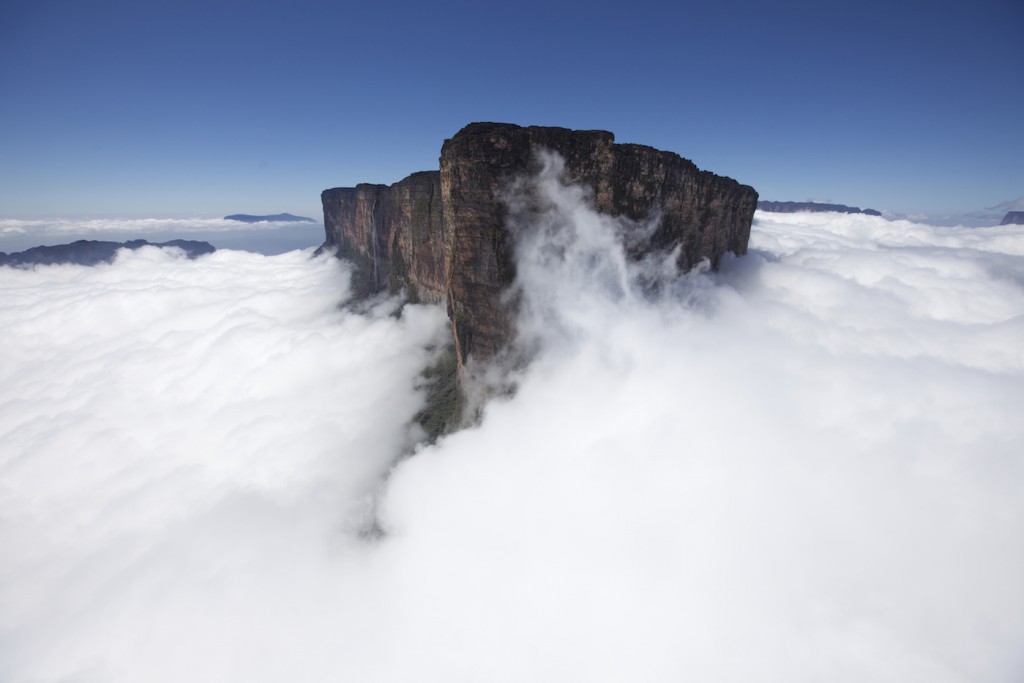 Possibly one of the most remote places on earth, Mount Roraima is the highest part of a series of plateaus in South America. Along each side of the plateau are deep cliffs, marking peaks that are some of the oldest geological formations on earth. You might often see the sides of the plateau flanked in clouds. 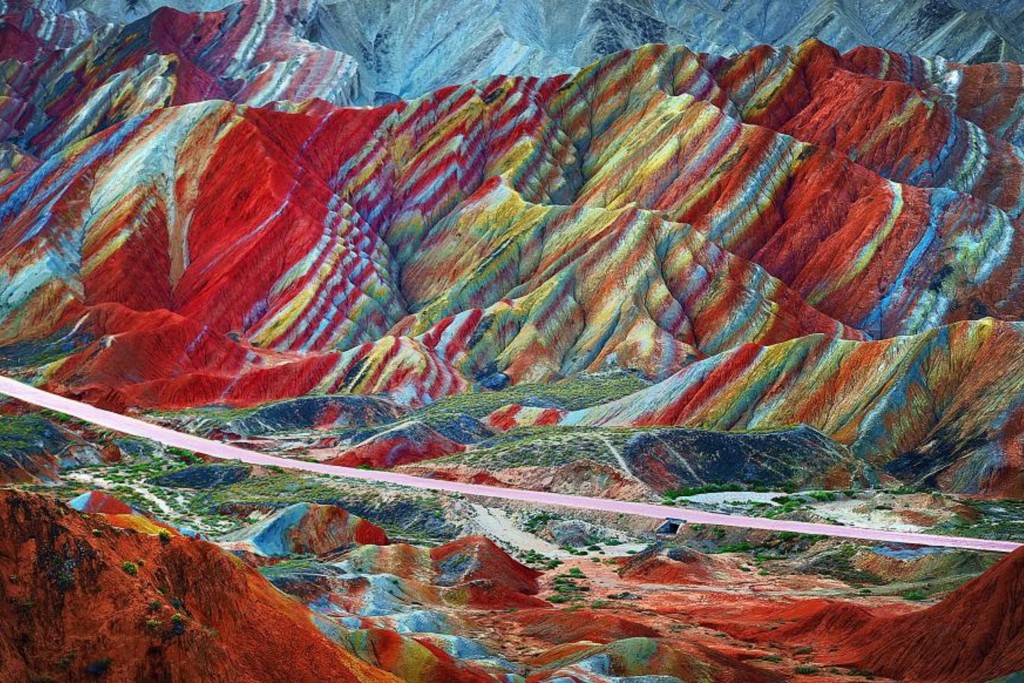 The rainbow mountains, or rainbow range, in China were created from thousands of years of rain and wind. It may be hard to believe they’re real, but like these other surreal places, you might just have to go and see for yourself.