10 Of The World's Most Fascinating Trees Whether its calculating the massive amounts of carbon dioxide they are consuming each and every day, or learning about the affect they have on property value and crime in urban neighborhoods, trees are undoubtedly fascinating. That's why we plant 10 of them for each item sold in our store! The following is a list of (in this author's eyes) the most fascinating trees in the world. Whether its the tallest, oldest, heaviest or deadliest, this list has it all. 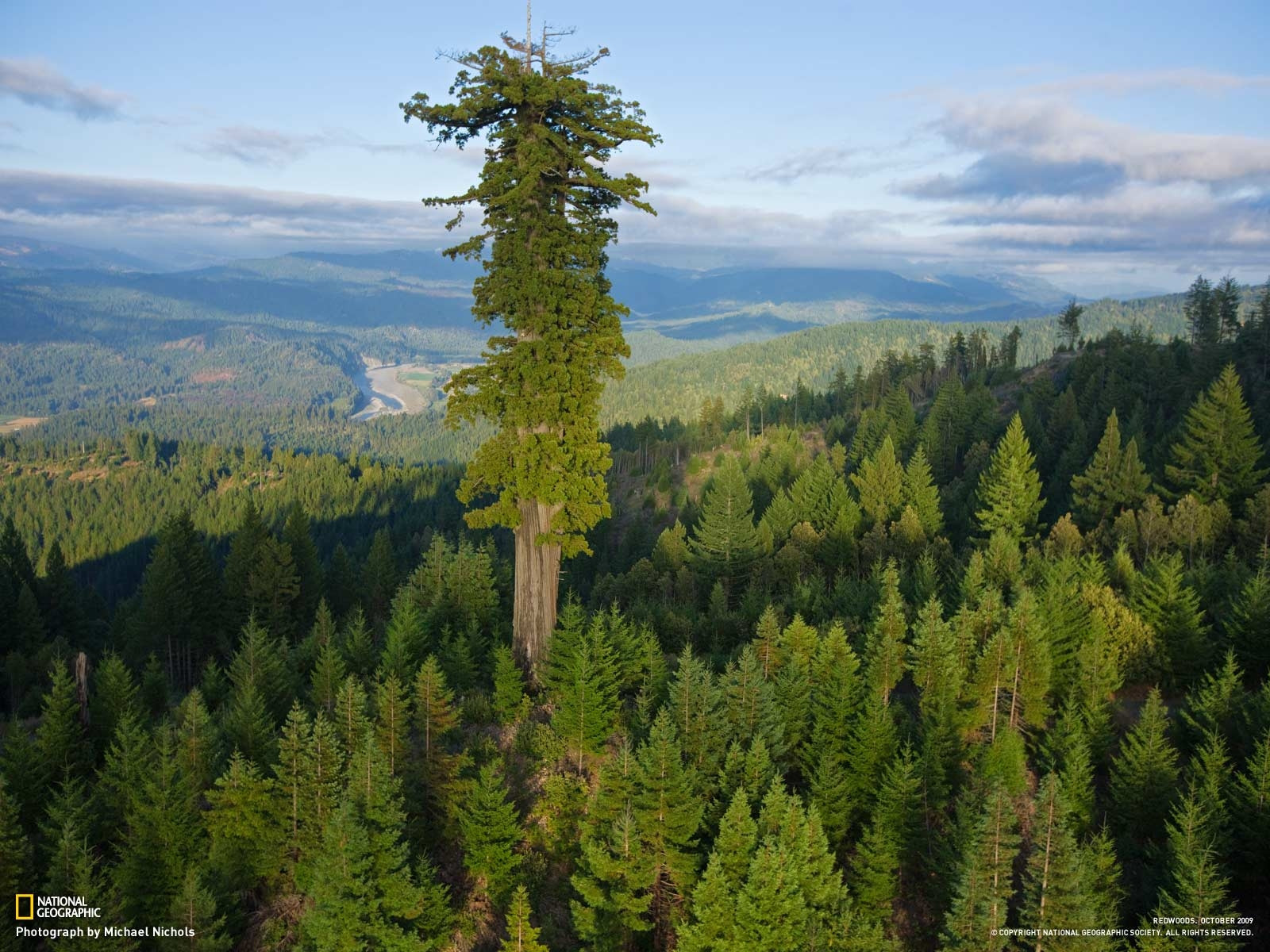 Hyperion dwarfs both Big Ben and the Statue of Liberty. Discovered on August 25, 2006 by naturalists Chris Atkins and Michael Taylor, the exact location of the tree has never been revealed for fear that human traffic would disrupt the surrounding ecosystem. The potential for further growth of the tree is up in the air (quite literally). Due to woodpecker damage near the top, Hyperion may never surpass the 380 foot mark. Want to know more? Here's 10 incredible facts about the giant sequoia tree. 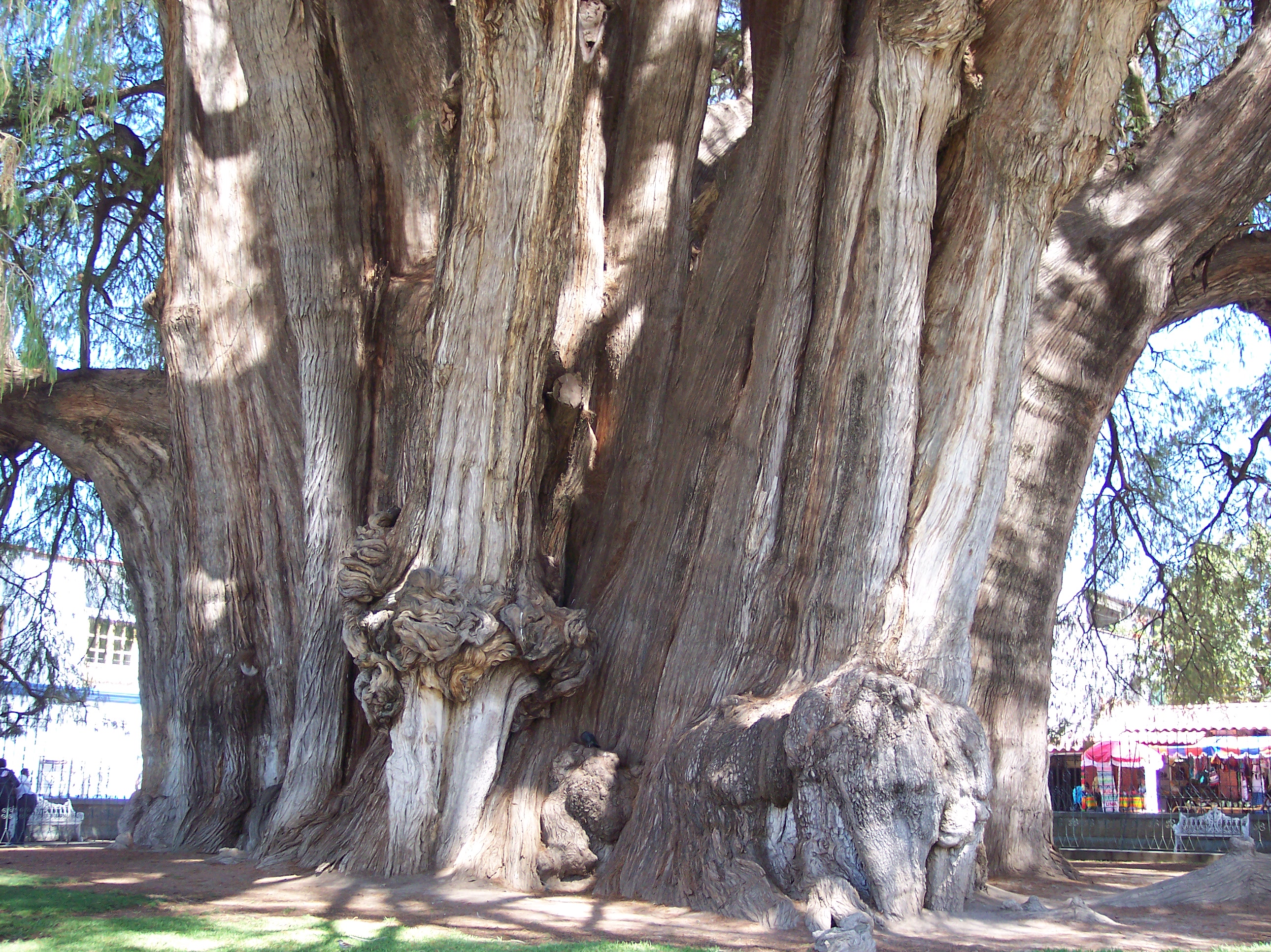 Arbol del Tule (The Tree of Tule) in Oaxaca, Mexico, is a Montezuma cypress that is upwards of 1600 years old. With a circumference of 42.0 m (137.8 ft), and a diameter of 14.05 m (46.1 ft), Arbo del Tule is the stoutest tree in the world. As local legend goes, the tree was planted 1,400 years ago by Pechocha, a priest of Ehecatl (the Aztec wind god). Today, the site is considered sacred and is a popular tourist destination. 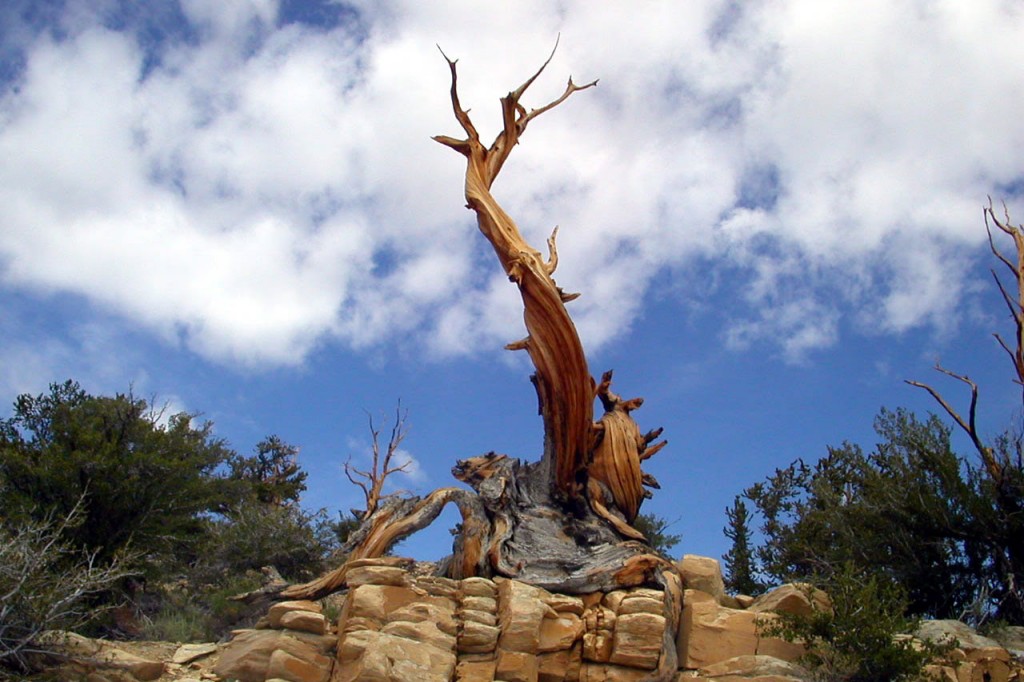 Located near the former town of Burmis in southwestern Alberta, the Burmis Tree has the (potential) distinction of being Canada's most photographed tree. In 1978, and after at least 300 years of life, the limber pine died. But instead of beginning to rot away, as is usually the case with the death of organic life, it has continued to stand tall, remarkably showing no signs of decomposition; a symbol of longevity and resilience (despite the aforementioned town after which it receives its name having virtually been rendered a ghost town). Even despite a storm knocking down the tree and sabotage attempts by arboreal vandals, locals in the area have always banded together to make sure that the Burmis Tree stands tall. 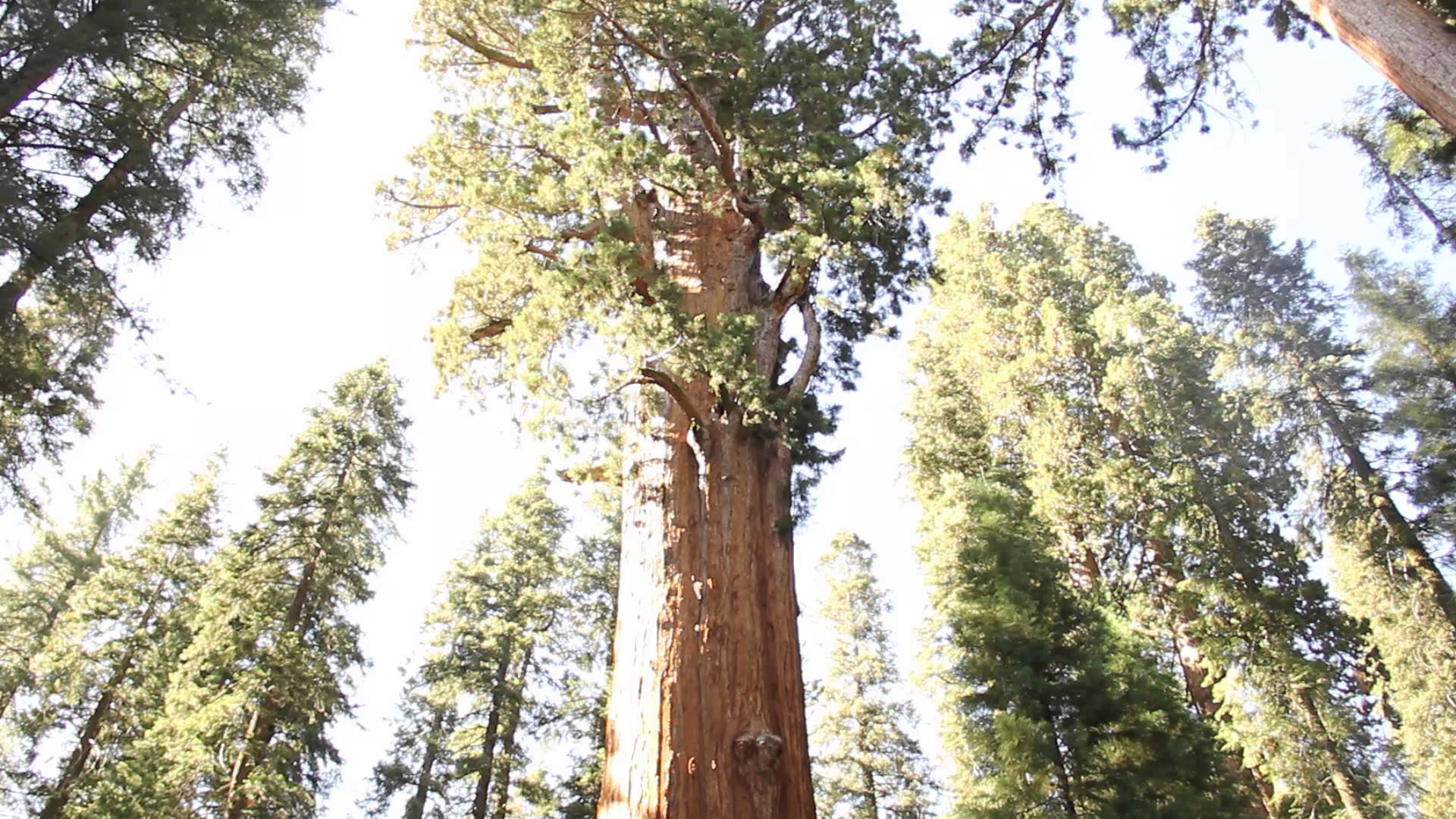 Deep within the Giant Forest of Sequoia National Park, California, stands a true behemoth of the natural world. The General Sherman, a giant sequoia, is among the tallest, widest, and longest-lived of all trees on Earth. But that's not all. It also has the distinct honour of being the largest known living tree in the world, by volume. It's trunk has an estimated volume of 1,487 cubic meters (52,513 cu ft), and while that number is impressive, it is not the largest tree in history known to man. In the mid-1940s, the Crannel Creek Giant, a coast redwood, was unfortunately cut down. It is estimated to have been 15-20% larger than the General by volume. Want to know more? Here's 15 facts about giant sequoias. 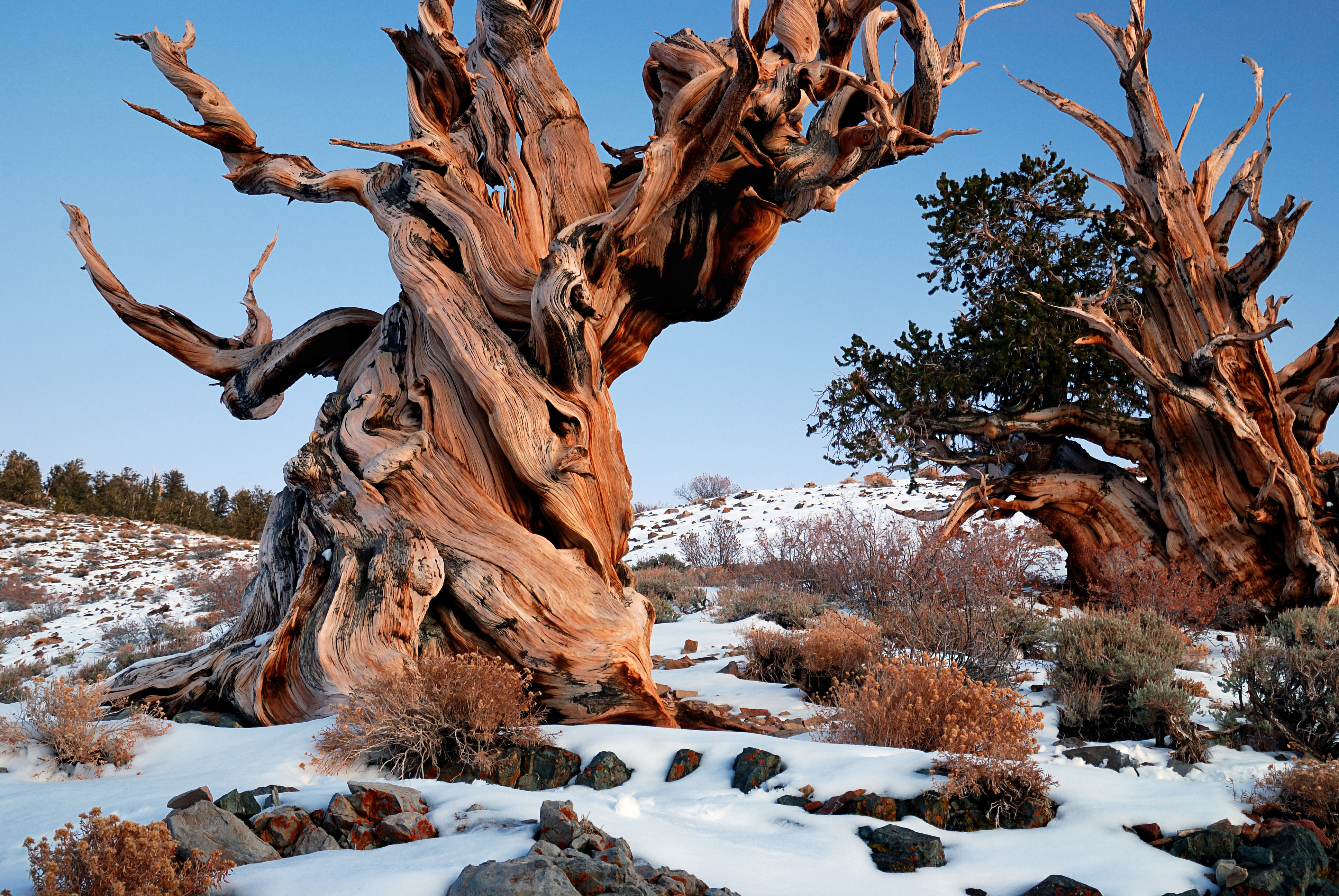 Until recently, the oldest known tree was a Great Basin bristlecone pine in the White Mountains of California named Methuselah, with an age of 4,845 years. In 2013, however, another bristlecone pine in the same area was discovered to have an age of 5,064 years, officially capturing the title of oldest known living non-clonal organism. This means that it was germinated in 3051 B.C., around the same time that humans developed their first writing system: cuneiform script. Luckily for this bristlecone pine, it has survived the entire history of human's written script without ever being made into paper (a job worth congratulating). 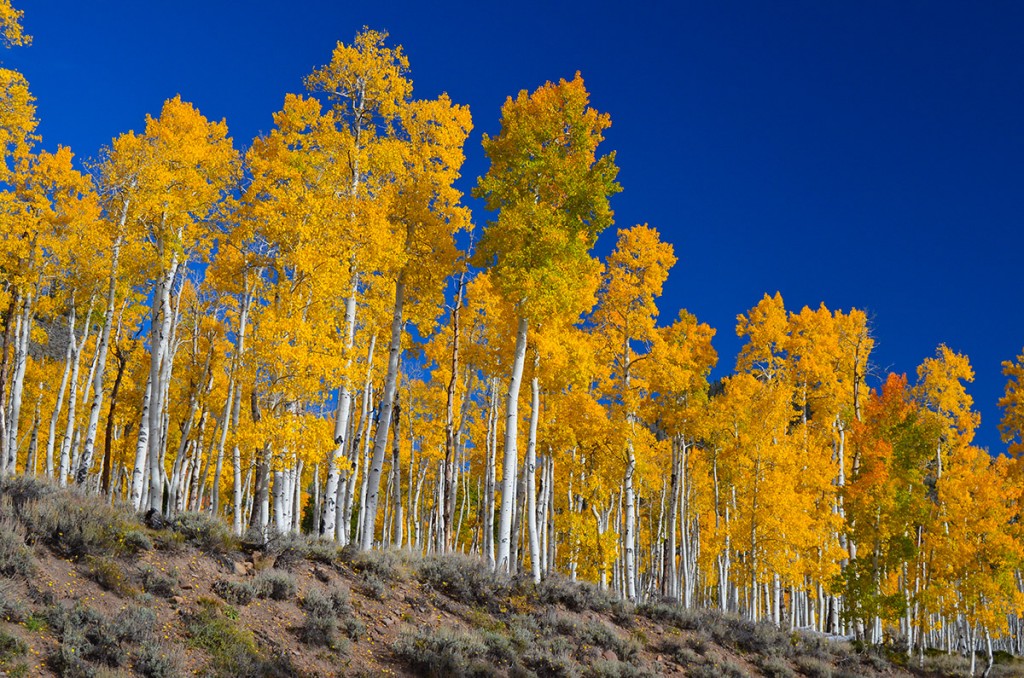 A single male clonal colony of trembling aspen in Utah known as Pando, identified as being a single living organism by identical genetic markers and a single root system, is estimated to be 80,000 years old. This makes Pando by far the oldest known living clonal tree colony in the world. Due to its immense size (it encompasses 43 hectares!), it is also the heaviest known organism, weighing in at an impressive estimated 6,000,000 kg. It has survived for so long due to a lifetime of ideal circumstances: frequent forest fires have prevented conifers from taking over the area while Pando's immense root network allows it to survive underground even when everything above surface has burnt away, and a shift in climate has stopped seedling establishment from other younger rival aspens. 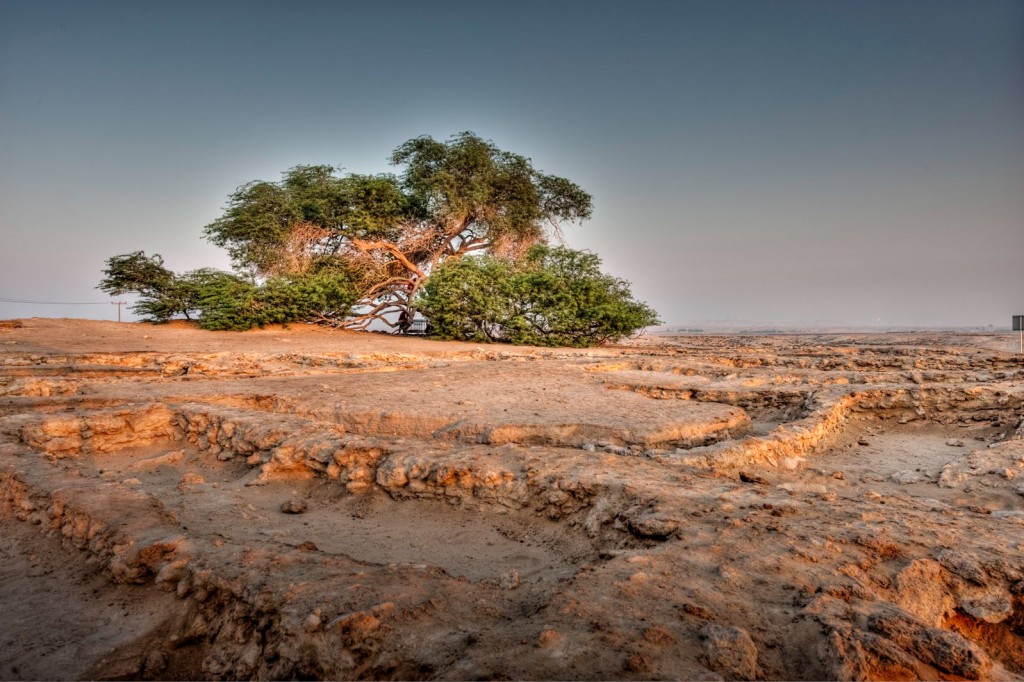 Believed by local inhabitants to be the site of the Garden of Eden, the Tree of Life grows alone amidst a vast sea of sand on the island of Bahrain. For 400 years, the mesquite tree has flourished without any apparent water source and miles away from any other vegetation, becoming a popular tourist attraction drawing 50,000 visitors a year. Trees of the Prosopis genus are incredibly well adapted to arid environments and have one of the deepest known root systems, therefore it is likely the Tree of Life uses this adaptation to spread it's root deep and wide to collect spring water from kilometres away.

Truly the most mysterious of trees.

Approx. animal equivalent: Kangaroo Rat (who can pretty much live indefinitely without water). 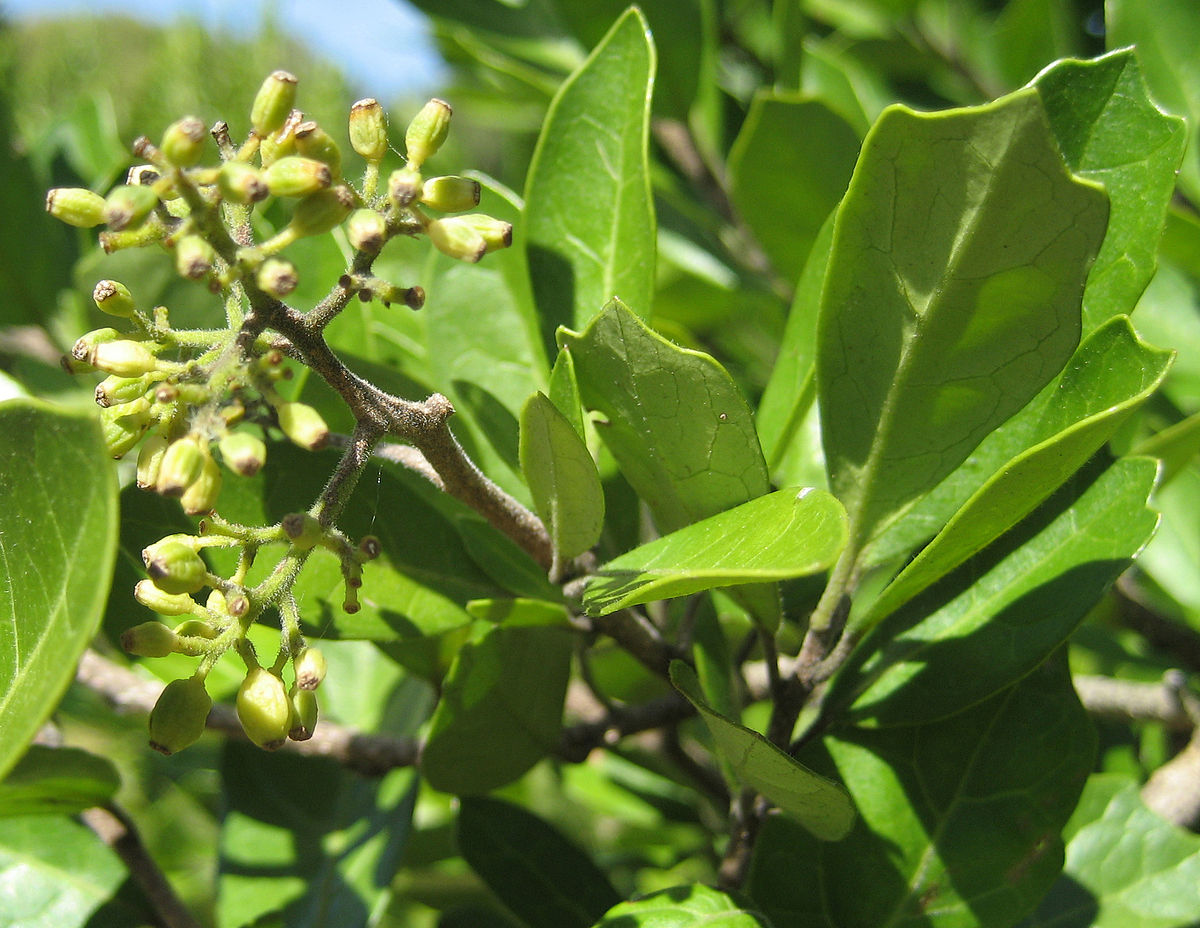 Discovered in 1946 on New Zealand's Three King's Islands by Professor Geoff Baylis of the University of Otago, the Pennantia Baylisiana found growing on a scree slope on the northern face of the Great Island has the Guinness Book of Records distinction of being one of the rarest plants in the world. How rare exactly? Well, it's the only known of its species in the wild.

In the entire world.

Despite the lack of sexual variation (the known specimen is female), the tree has produced viable pollen and some seedlings have been raised ex situ (a.k.a. in fancy greenhouses elsewhere). The decline of Pennantia Baylisiana is likely due to habitat destruction, a result of human occupation and browsing by goats and sheep (it is New Zealand, after all). 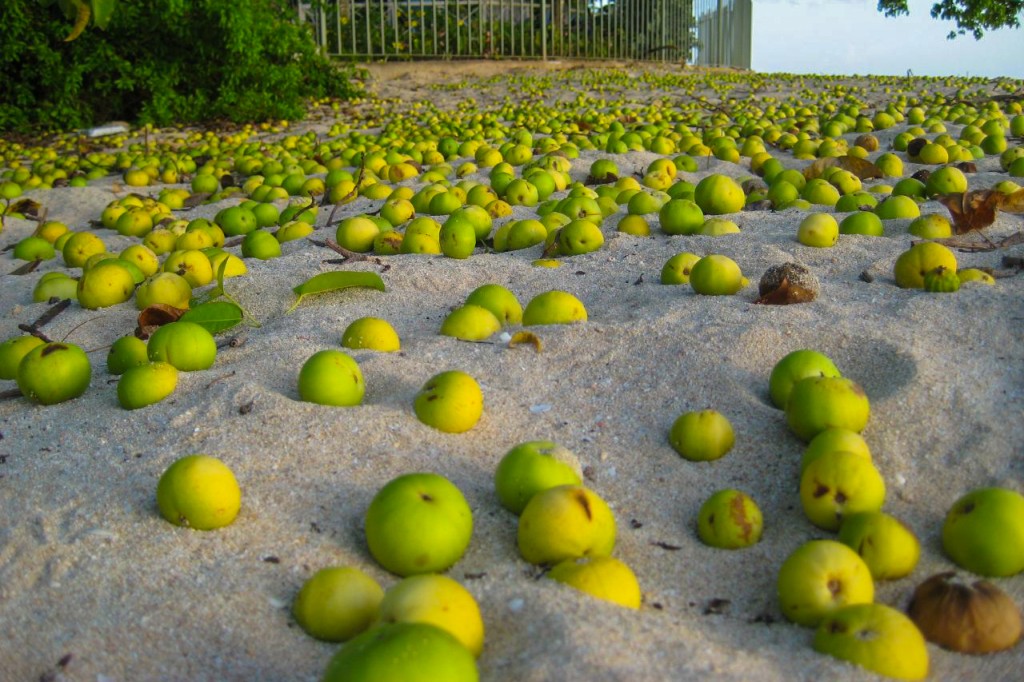 Blisters. Burns. Blindness. Contact dermatitis. Oesophageal ulceration. Severe oedema. Death. Anything is possible when it comes to the manchineel, the world's deadliest tree.

Commonly known as the "beach apple", the fruit from a manchineel is highly poisonous and can cause severe medical problems (even death) if ingested. But that's not all. The milky sap from the tree will leave behind blisters and burns, smoke from the burning wood can result in blindness, and even standing underneath the tree during rain will cause the skin to blister. The carib people (after which the Caribbean is named) allegedly used the sap to poison their arrows, contaminated enemies water supply with the leaves, and tied prisoners to the trees, guaranteeing a slow and painful death.

The moral of the story: if you see a delicious looking fruit on a beach during you next trip to Barbados, stay as far away from it as possible. 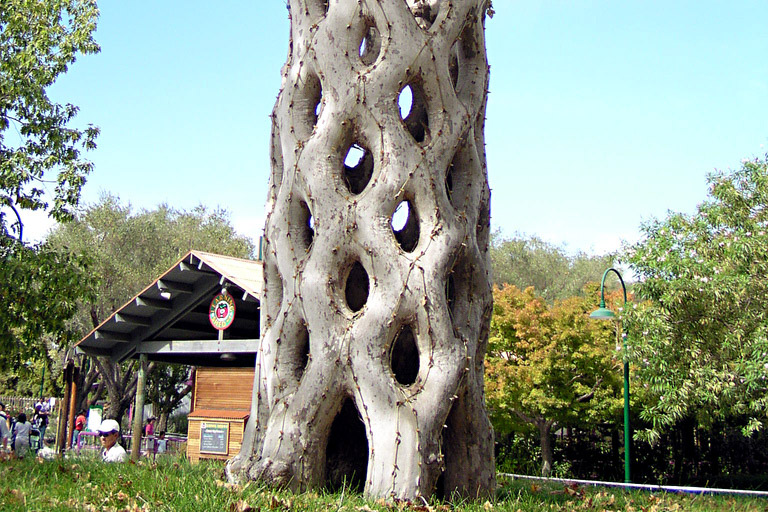 The absolute epitome of arborsculpture, "The Tree Circus" near Santa Cruz, California, continues to inspire tourists 50 years after the death of its creator. Axel Erlandson (1884-1964), a Swedish immigrant who grew up in Minnesota before settling in California as an adult, was inspired to shape trees as a hobby after seeing a natural inosculation (when two branches, roots, or trunks are, in essence, grafted together) in his hedgerow. This led to his experimentation with tree manipulation for several decades. In 1947, after transporting his best trees to a newly purchased lot along a well-traveled tourist road, he opened up "The Tree Circus", charging 30 cents per visitor. To this day, tourists still flock to the site to witness with their own eyes the unbelievable trees growing there.

Approx. creativeness equivalent: Nothing! This is too amazing.