5 Incredible, Strange Animals You Can See Right Through

Mother Nature has an amazing way of helping animals survive. Many animals on Earth use their marking to trick would-be predators from having them for dinner.

Geckos change color to blend into their surroundings, some caterpillars have spines or "eyes" on them to make them look unappetizing, birds' colors help them blend in...there is no end to the number of ways animals and insects blend into their environments in order to protect themselves.

But, some animals and insects don't use markings at all. Just the opposite! They are clear! Here are some of the coolest animals you can see right through! 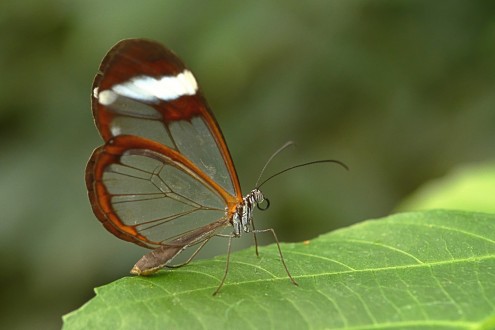 Glasswing butterflies can be found in Central and South America. While, their wings may look transparent, they really aren't. They have white and brown scales on their wings, but the center has hairs that are covered by a membrane. The membranes nanopillars are arranged at different heights so that they prevent light from bouncing off, making it appear to be clear. 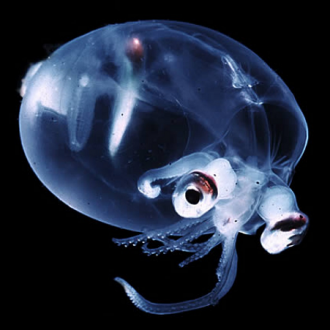 There are 60 species of glass squids. But, one species, the deep-sea cockatoo, can actually change color! These squid are able to turn their entire body, or even just a part of their body, red. It just so happens that the color red doesn't show up very well in the light of their environment. So, not only are they clear, they have camouflage, too! Wow! That's double whammy protection from predators! 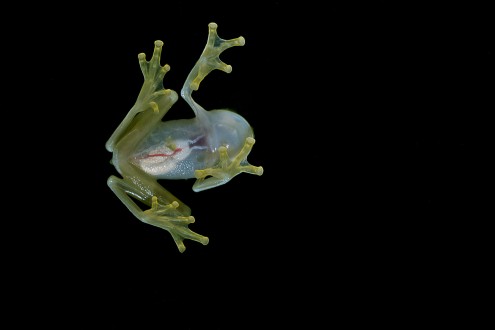 There are 150 different species of glass frogs in Central and South America. What makes them so unusual is, unlike other frogs, their eyes are on the front of their faces and they underside is clear. Since their coloring helps them blend into their environments, nobody really knows why their tummies are clear. 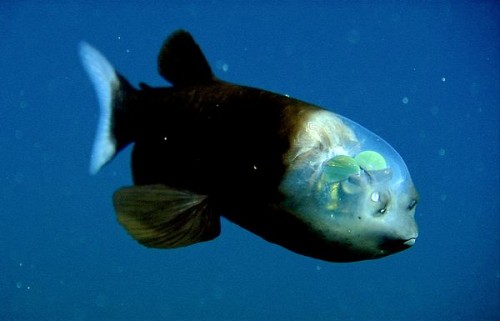 Another critter on my list that uses the double-whammy of transparency and camoflage, this deep-sea fish has a dark body, but clear head. Since there is very little light where they live, this really helps them blend in. It's believed that this fish has a clear head because it's able to look straight up to see any potential yummy prey. The eyes can also look forward. Pretty ingenious design! 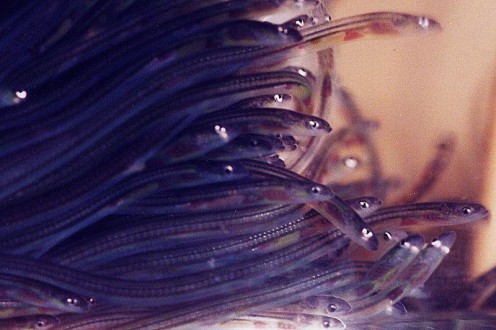 These eels are interesting in that they hatch from their eggs as clear larvae and transform through several different stages of development. One stage is the glass eel stage. During this part of their development, they are about the size of a darning needle and are completely clear, making them invisible to prey. Since glass eels travel such long distances, being invisible helps them survive, literally, in a sea of predators.

The post 5 Incredible, Strange Animals You Can See Right Through appeared first on tentree.