5 Wonders Of The Natural World To See Before You Die

Protecting and enjoying the natural world is what we do - we plant 10 trees for each item purchased in our store! When most people think of the world's wonders, they think of the pyramids of Giza, the Eiffel Tower or the Parthenon. Those are all amazing, man-made structures. But, there are many wonders of the world that Mother Nature created using only her magic touch. Below are five of these natural wonders that everyone must put on their bucket list! 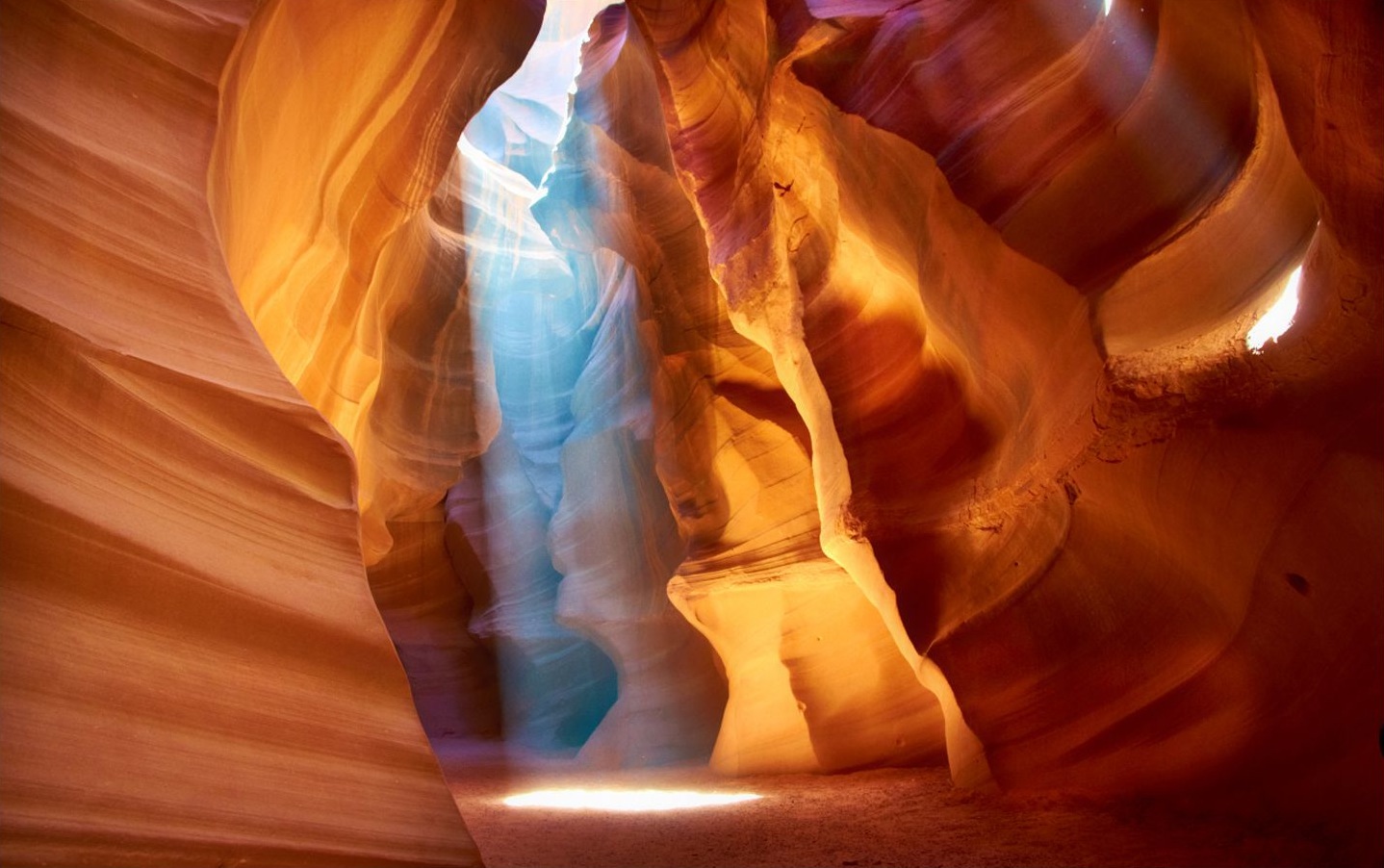 I'm starting with one I can personally bear witness to how amazing it is because I've been there! Antelope Canyon is a natural slot canyon in Northern Arizona just East of Page. Like its larger cousin, The Grand Canyon, this sandstone canyon was formed mostly by water running through cracks in the rock.

Visitors to the canyon are entranced by the orange, red, violet and blue colors of the rock. It's best to visit in the middle of the day when sunlight pours in through cracks in the stone and lights the canyon clear to its farthest reaches.

The sun is directly overhead March 20 - October 7 each year. The only way to visit the canyon is through a guided tour. The Navajo Nation allows several private tour companies to bring visitors in for tours. Risk of flash flooding occurs at the canyon during monsoon season and the canyon periodically closes for this reason.

More information about the canyon can be found here. And while you're exploring the United States, check out these 10 awesome national parks!

2. The Valley of Flowers, Uttarakhand India 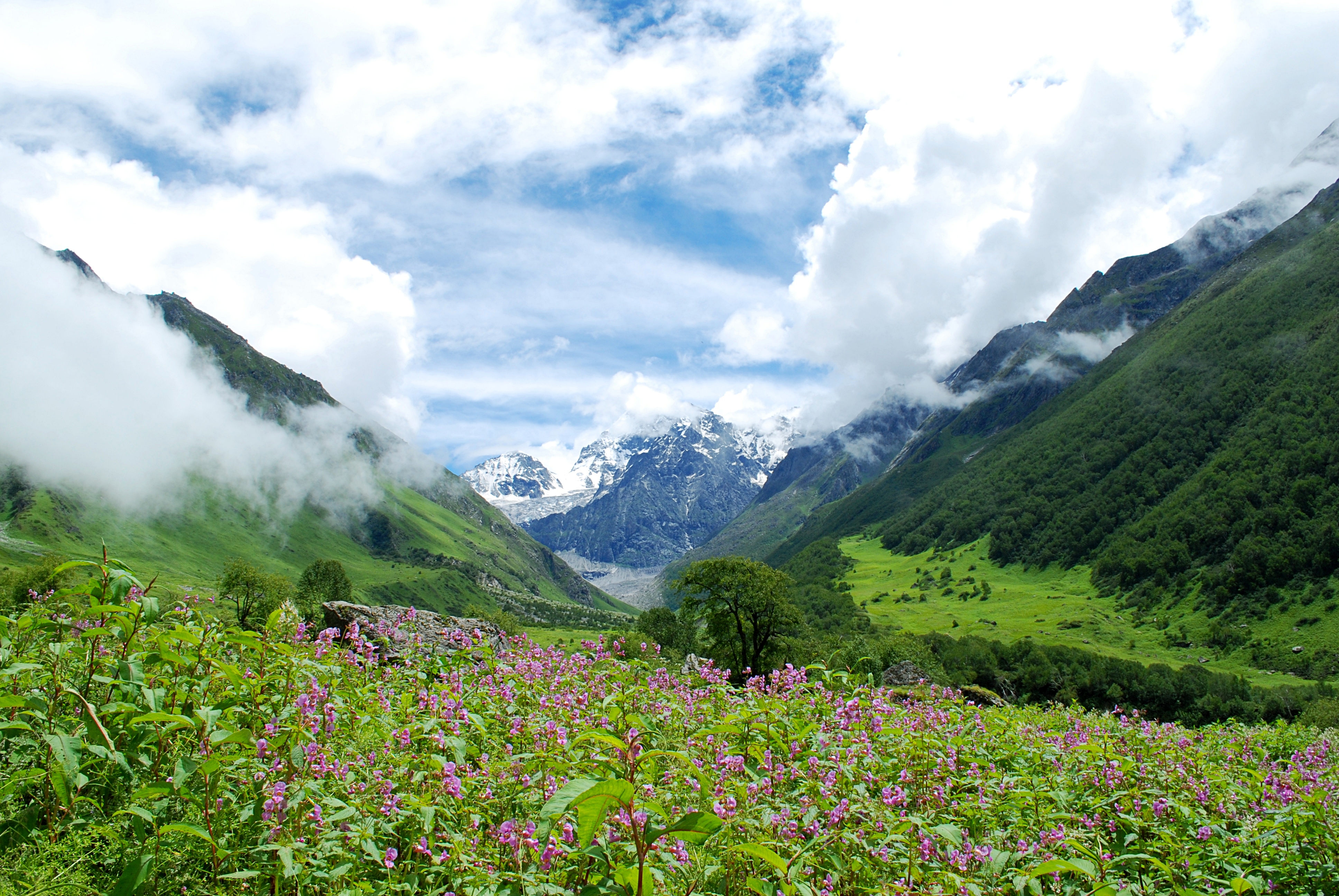 Nestled in the Himalayan Mountains, this lush valley is covered in an array of alpine wildflowers during the months of July - September each year. As if the flowers weren't enough to make this valley one of the most beautiful in the world, the surrounding snow-capped peaks of the Himalayas is a stunning sight! The valley became part of a National Park in 1982 and is a World Heritage Site.

The valley is also the habitat for a myriad of wildlife, some being rare and endangered. Red fox, blue sheep, musk deer, snow leopard, Asiatic black deer are just a few of the species who make this magnificent valley their home. Locals believe that the valley is inhabited by fairies, and for good reason! The valley is a magical, mystical place!

Check out some of the places in India that we've planted trees! 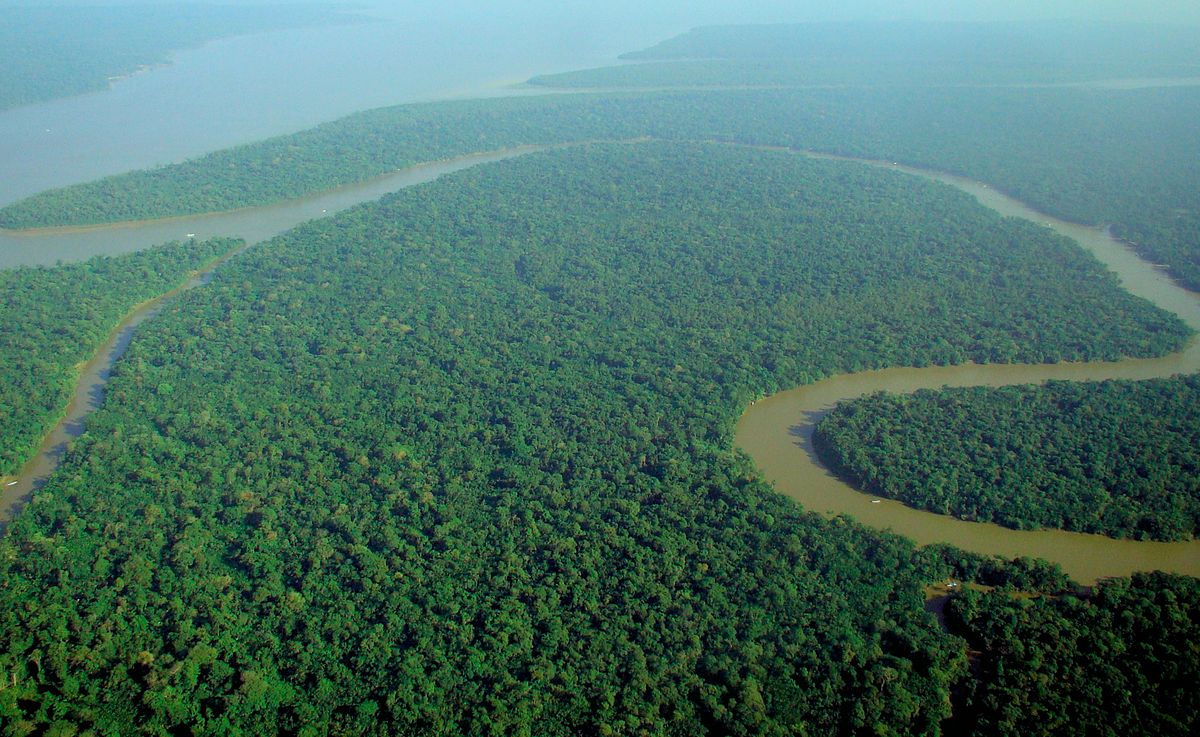 When most people think of Australia, they picture a desert landscape. But, in Eastern Australia, lies The Gondwana Rainforest, the oldest sub-tropical rainforest in the world. Fossil records show that the plants and animals found in this rainforest have barely changed from their ancestors who resided there millions of years ago! Even though it only covers 0.3 percent of the island continent, approximately one third of Australia's bird and mammal species and about half of all Australian plant families are found in this verdant oasis.

The Gondwana Rainforest is the habitat of over 200 rare and endangered animal and plant species. The area has the highest concentration of marsupials, birds, snakes and frogs in Australia. Visitors have easy access to the rainforest by well-maintained gravel roads. The Gondwana Rainforest was named a World Heritage Site in 1986, and is managed by the New South Wales National Parks and Wildlife Service. More information can be found here.

If forests are your interest, check out these mysterious forests found around the world. 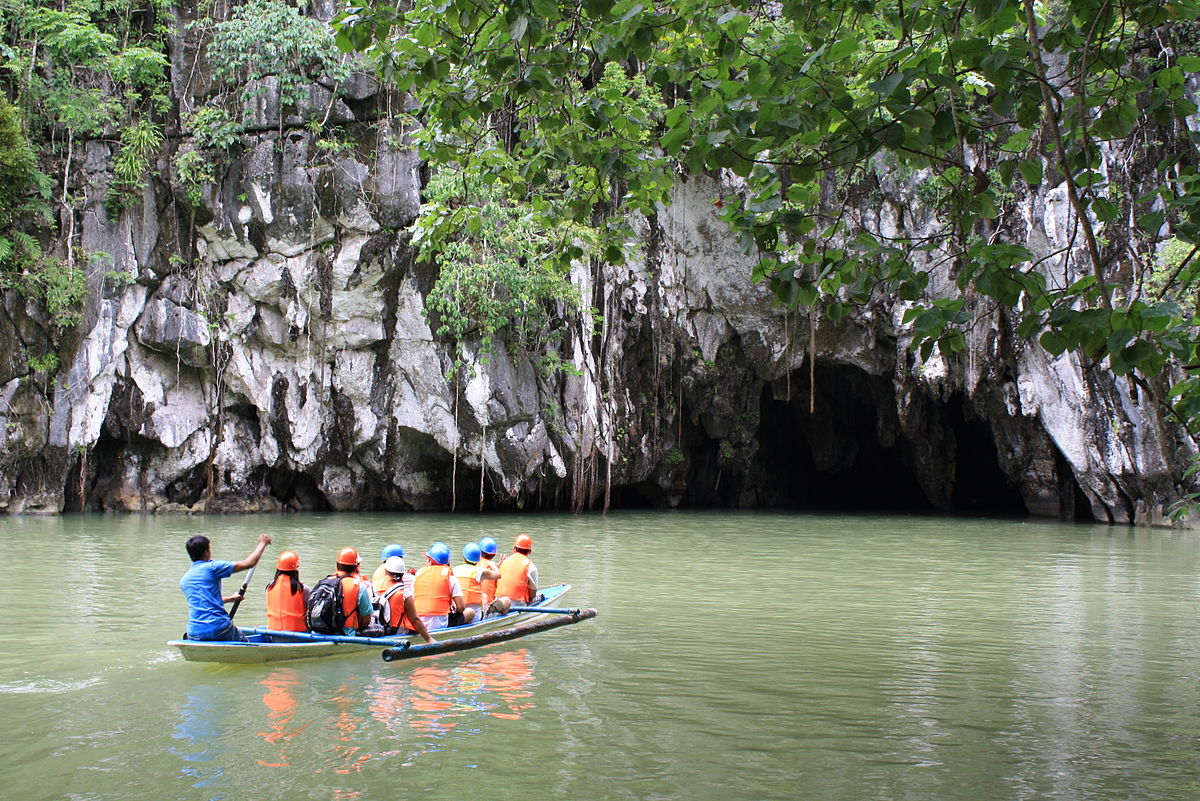 A superficial look at the Yucatan Peninsula shows an area that is void of fresh water. The water contained in the few lakes and marshes of the area is undrinkable. But, under the surface of the entire peninsula lies a coastal aquifer. Access to the aquifer is through thousands of sinkholes, or cenotes, in the area. Through these cenotes you can find a myriad of lakes, streams, caverns and tunnels that the ancient Mayans used as a source of water. They also believed that this underground world acted as the gate to the afterlife.

About 60 miles from Merida, the largest system of cenotes can be found. Known as Loltun (flower stone), these underground caverns were lived in by the Mayans for over 7,000 years. Some of these caverns are much too dangerous to be explored, but others are accessible and open to the public. The ancient Mayan ruins of Chichen Itza is only 3.5 miles away. This website contains more information about this amazing place! 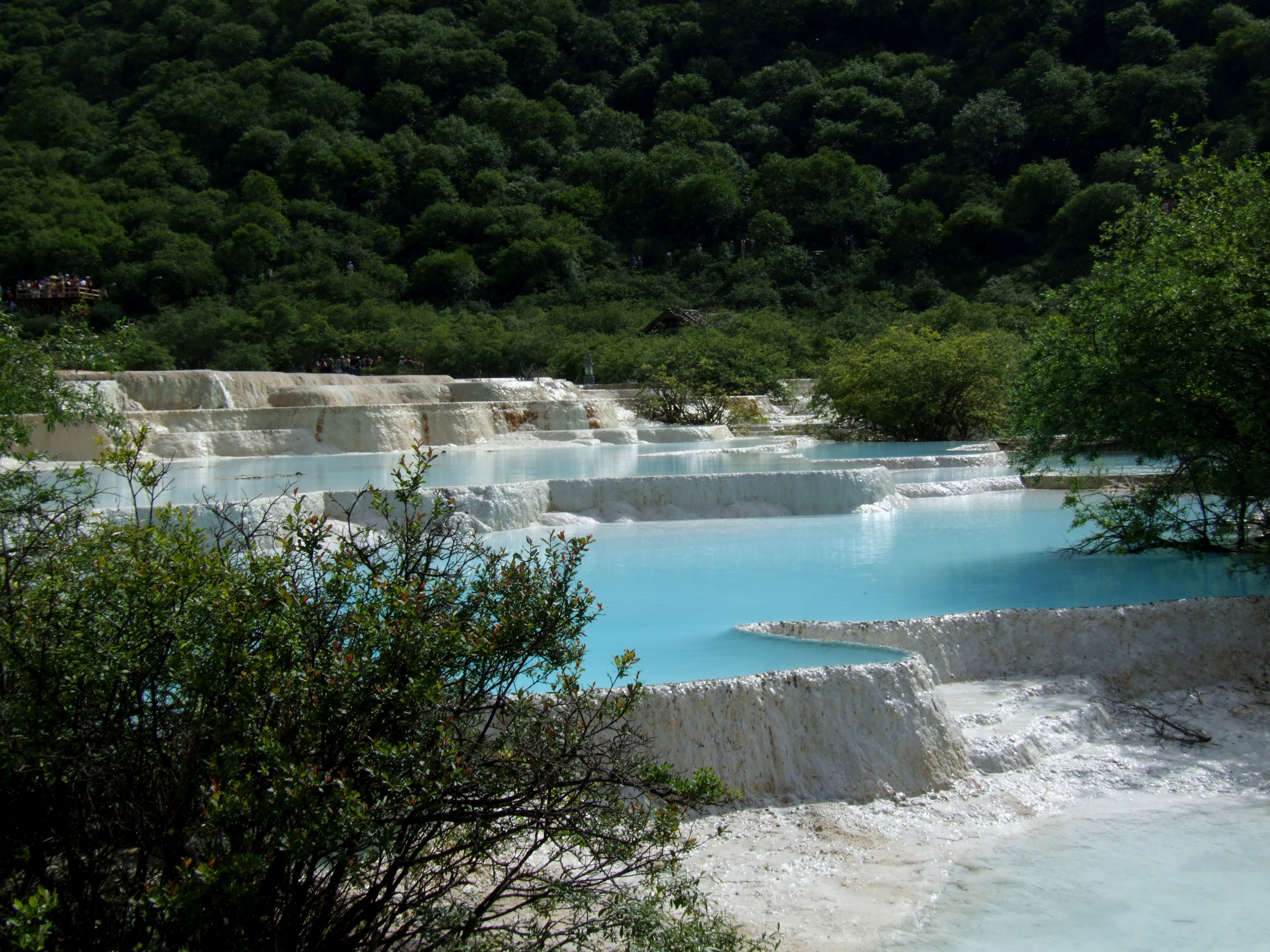 China is an awesome country, and it's working hard to protect the world we play in. Just recently, they announced a total ban on ivory trade in the country, dealing a huge blow to illegal poaching operations and potentially saving the elephant.

Another World Heritage Site, this two mile long, hidden valley can be found in the northern Sichuan Province in the Minshan mountain range. This scenic, historic place is Known as "The Yellow Dragon" to the people of China. The relatively small reserve has a large concentration of plant and animal species like leopards, Asian black bears, Pallas' cats, as well as the endangered golden snub-nosed monkey and giant panda.

But the main feature of the reserve is not its flora and fauna. It's the series of approximately 3,400 travertine pools that is the main attraction. These pools of bright blue, mineral rich water flow from one to the other down the mountainside. The mineral deposits create yellow, orange, blue, silver and white colors that look like a yellow dragon when seen from above - hence the name. Thermal springs that are also found on the reserve are said to contain natural healing properties. Visit this website for more information about this incredible natural wonder.

The post 5 Wonders Of The Natural World To See Before You Die appeared first on tentree.