6 Beautiful But Deadly Plants To Avoid At All Costs You'd probably be amazed at just how many plants in the world are incredibly poisonous to animals, including humans! It makes sense when you think about it. Plants don't have claws or teeth to defend themselves from predators and they certainly can't run away from danger. So, some plants species use poison to survive.

It's easy to see why people who love the macabre would be fascinated by deadly plants. One of these people is the Duchess of Northumberland. In 2004 she opened the Poison Garden at her castle on the Scottish Borders in Alnwick. The garden is the inspiration for the children's book series, The Poison Diaries. The first two Harry Potter movies were also filmed at the gardens.

Because knowledge is power (and in this case might just save your life), today I am giving you a lesson on 10 of the deadliest plants in the world. Oleander can be found throughout the world in tropical and subtropical locations. It's originally from Asia, but has become a popular landscape plant in warm climates of North America. The reason for its popularity is the beautiful clusters of flowers that grow at the end of each branch. It's also hardy and drought tolerant.

If eaten, the poisonous effects of this plant can be felt almost immediately. It targets the gastrointestinal and cardiac systems with symptoms of blurred vision, irregular heartbeat, nausea, vomiting, drooling, and bloody diarrhea. Every single part of this plant is poisonous. There have even been cases of people being poisoned by inhaling the smoke from burning oleander. Water hemlock is considered to be the most toxic plant in North America and can be found all over the world in temperate locations. Socrates' death is probably the most famous death by hemlock poisoning. Water hemlock is usually found near bodies of fresh water, marshes and drainage dishes.

It contains the toxin, Cicutoxin which effects the central nervous system. Just a small amount of this toxin can kill a human. Cattle have also been poisoned after eating the plant or its seed heads. Symptoms of hemlock poisoning include rapid breathing and pulse, tremors, muscle twitching excessive salivation and frothing at the mouth, violent convulsions and grand mal seizures. 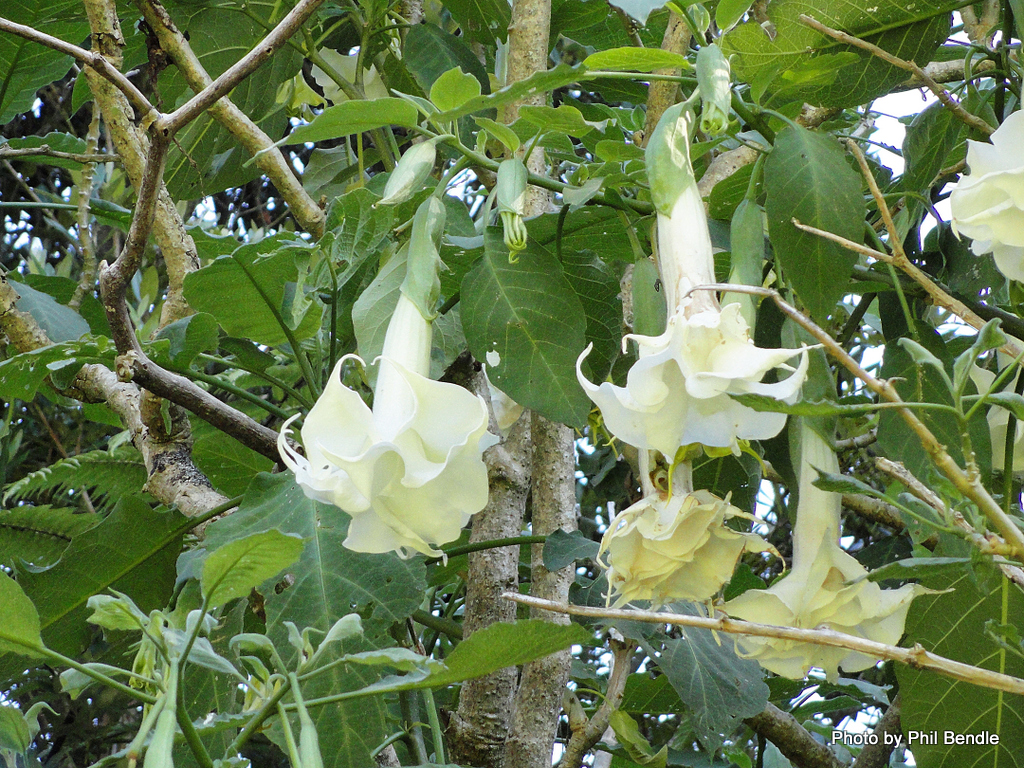 Also known as Brugmansia, Angel's Trumpet can grow as tall as 36 feet high. It's an incredibly popular landscape plant because of its gorgeous white, orange, pink or yellow flowers that resemble trumpets.

It's native to tropical areas of South America. It's said to be extinct in the wild, but can actually still be found in some areas. Every part of this plant is poisonous. It contains the toxins hyocyamine and scopalomine that can cause symptoms such as paralysis, diarrhea, visual and auditory hallucinations, confusion and migraines.

When the powdered form is blown into a person's face, it can turn him/her into "zombies" by inhibiting free will and blocking the formation of new memories. The Rosary Pea is native to Indonesia but can be found in various places around the world. The plant is readily identified by its black and bright red seeds. These seeds are often used to make musical instruments like maracas and are also used for jewelry.

It is, in fact, called rosary pea because of its use in making rosary beads. This is pretty frightening since these seeds are incredibly poisonous. They contain the toxin Albrin, which is 100 times deadlier than ricin. As little as 3 mg can kill a man.

Luckily, the hard outer shell of the seed keeps this highly toxic poison inside. Even so, people with open wounds on their fingers have died after handling rosary beads made from these seeds. This plant is found in Central and Southern Europe, Western Asia, Northern Africa and parts of the U.S. and Canada. Better known as Belladonna, it is related to the vegetables peppers, eggplant, potato and tomato.

The toxicity of this plant depends on which stage of development it is in. Children, especially, fall victim to belladonna poisoning because of the large, sweet berries which look edible, but definitely aren't! 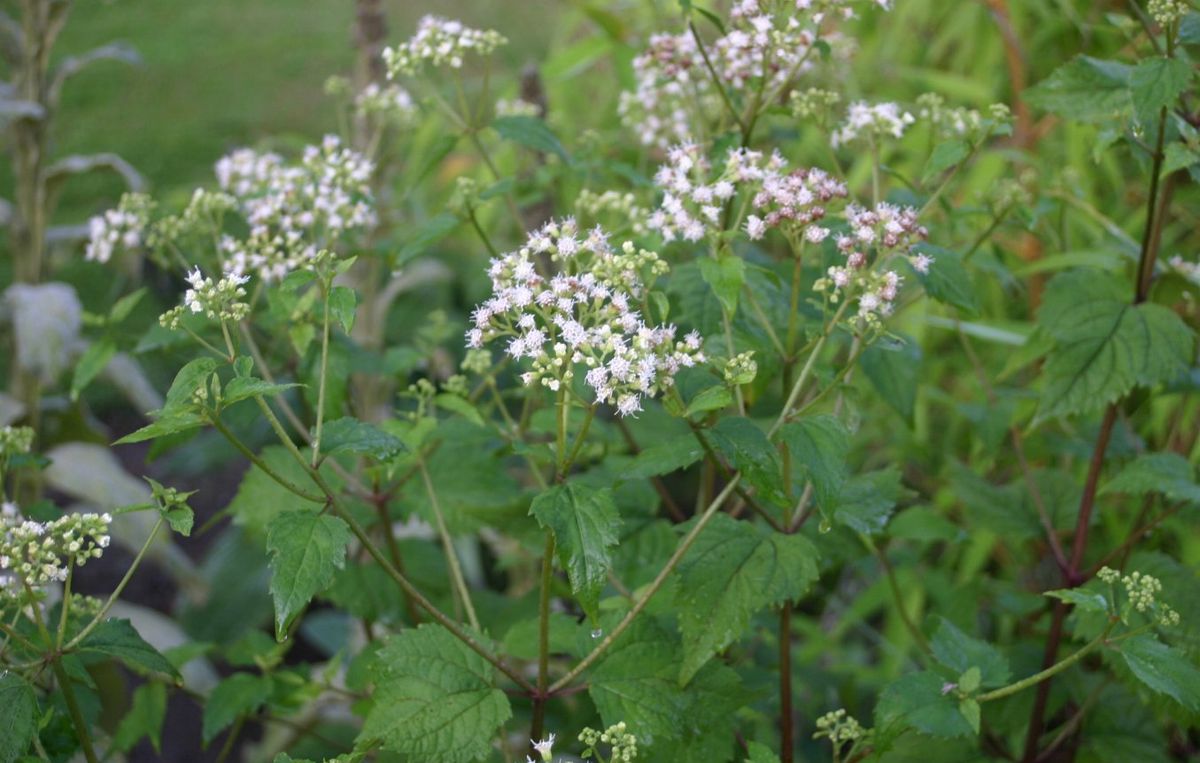 White Snakeroot is native to central and eastern North America. It is found mostly in wooded areas and grows to approximately 5 feet tall. In late summer and fall, it decorates the landscape with clumps of white flowers.

It contains the poison tremetol and, when ingested by cattle, this toxin makes it way into the meat and milk of the animal. Humans can be poisoned by consuming the tainted milk and meat.

It was known as "milk sickness" in the early 19th century when thousands of people died from consuming the tainted products. Finally, in the 1830s, Dr. Anna Pierce Hobbs Bixby discovered it was the White Snakeroot that was poisoning people. She allegedly learned about the dangerous effects of this deadly plant from a Shawnee woman.