6 Rare ‘National Geographic’ Photos That Will Blow You Away

Since its very first issue in 1888, National Geographic Magazine has provided us with some of the most beautiful and amazing photos of nature from all over the world. Below are 6 of their photos that I believe are the most exceptionally rare. 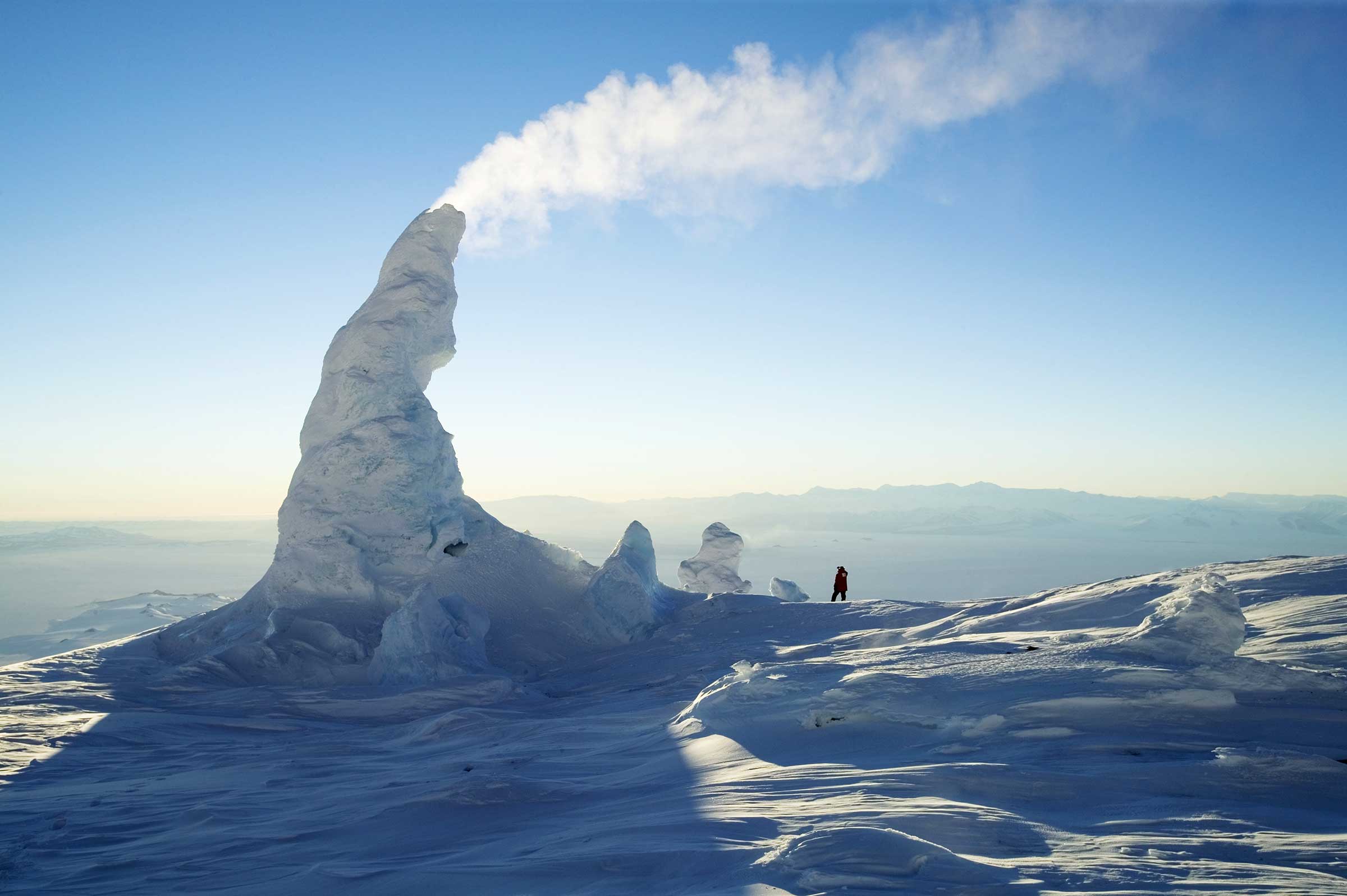 Photographer, George Steinmetz took this incredible photo of an enormous ice tower in Antarctica. The ice towers are formed by gas and steam escaping from cracks in Mount Erebus, the southern-most active volcano on Ross Island. The towers are formed when the warm, wet gas and steam from inside the volcano meets the frigid outside air. As the warm air freezes, crystals of ice form and build upon each other, gradually building the towers. Some ice towers grow as tall as 60 feet before falling over. 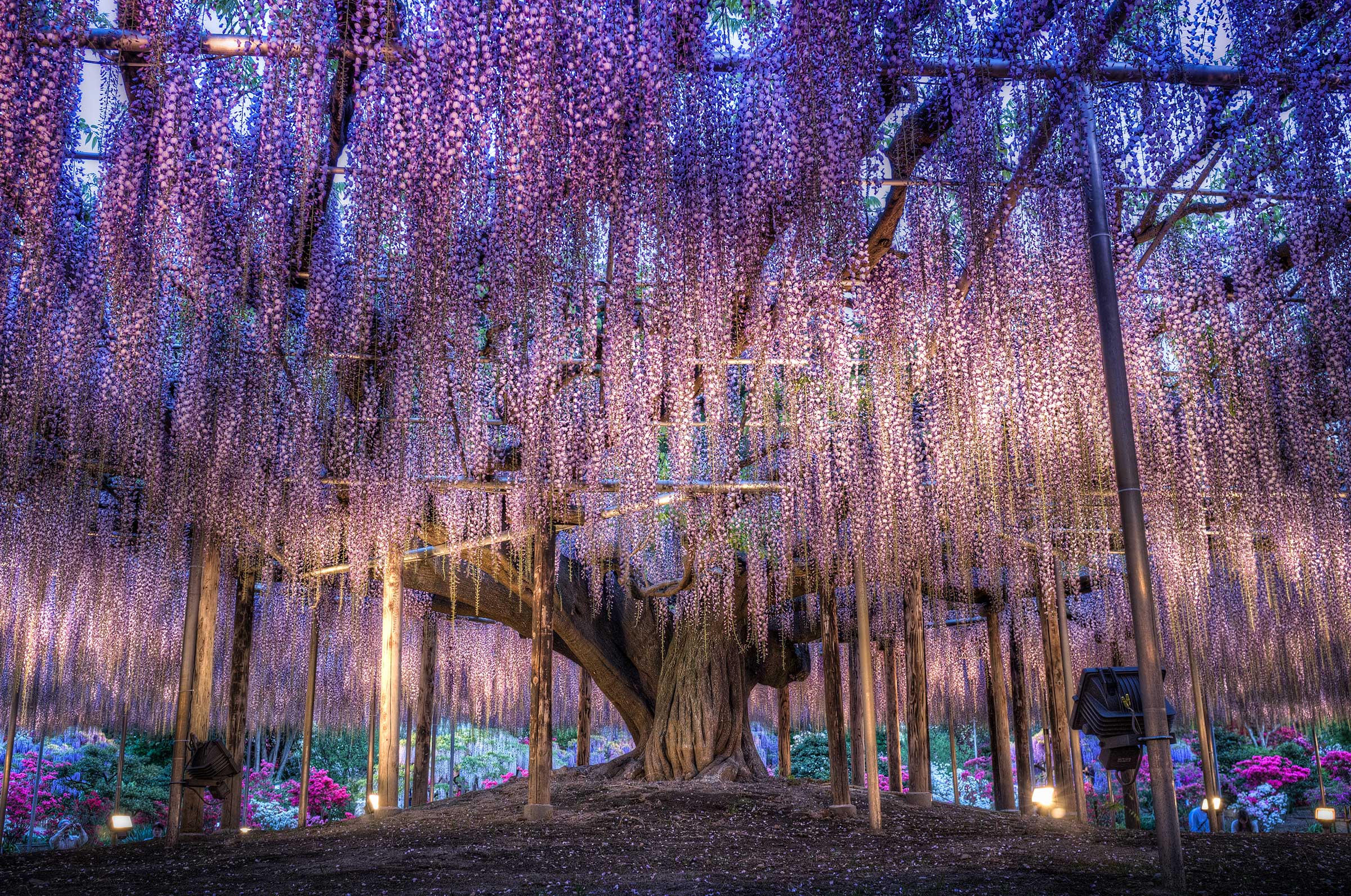 Found in the Ashikaga Flower Park in Japan, this wisteria is the oldest, and quite possibly the most beautiful, in the world! This massive wisteria covers over 6500 square feet and blooms from mid-April through mid-May. Although it may look like a tree, wisteria are actually flowering plants from the pea family. Walking under the flowering purple canopy of this gorgeous specimen has got to be a magical experience! 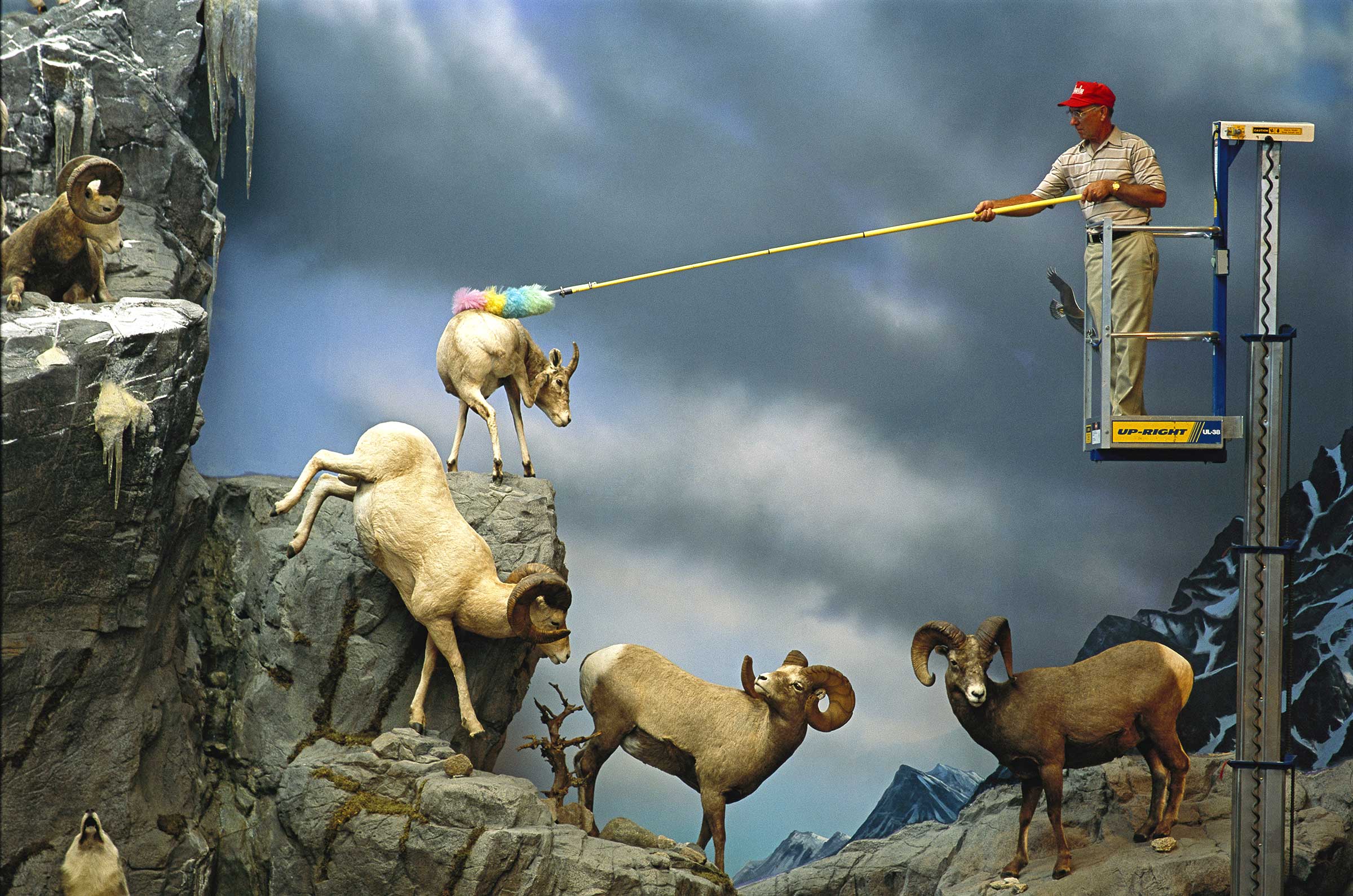 One of the most interesting photos on this list was taken by photographer Joel Sartore. At first glance, it appears that the man is giving one of the sheep a hand in reaching a particularly itchy spot. In reality, the sheep are taxidermied specimens and the man is an employee of Cabela's in Sidney, Nebraska. I guess it was time for a nice Spring cleaning of the display. 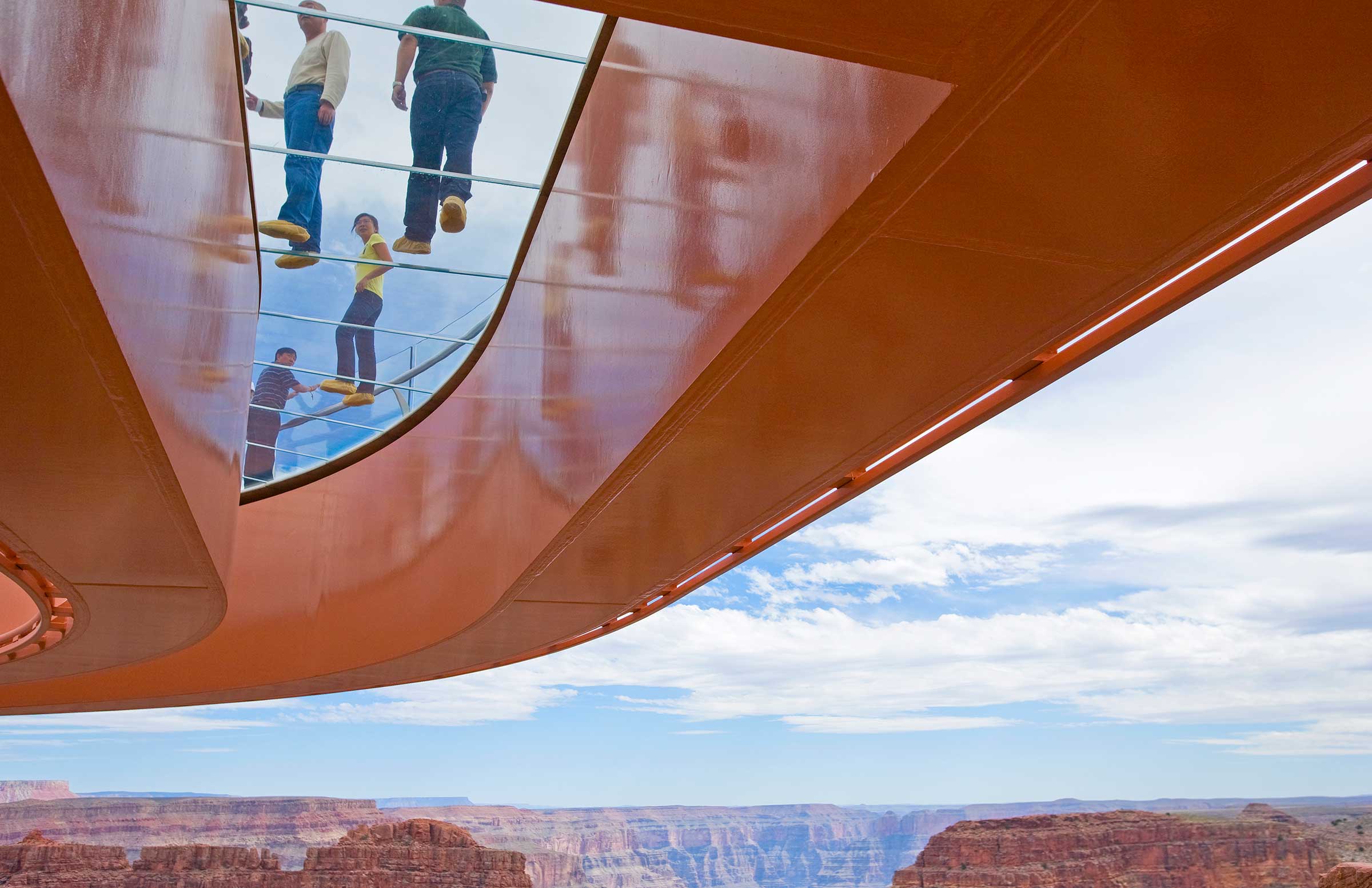 If you're afraid of heights, this photo may give you a good case of the willies. Photographer John Burcham took this photo from under the glass-bottom skywalk at the Grand Canyon's Western slope. Rising 4,000 feet above the canyon's floor, the skywalk rewards visitors with spectacular views...if you're brave enough to venture out onto it!

5. Giving a Friend a Lift 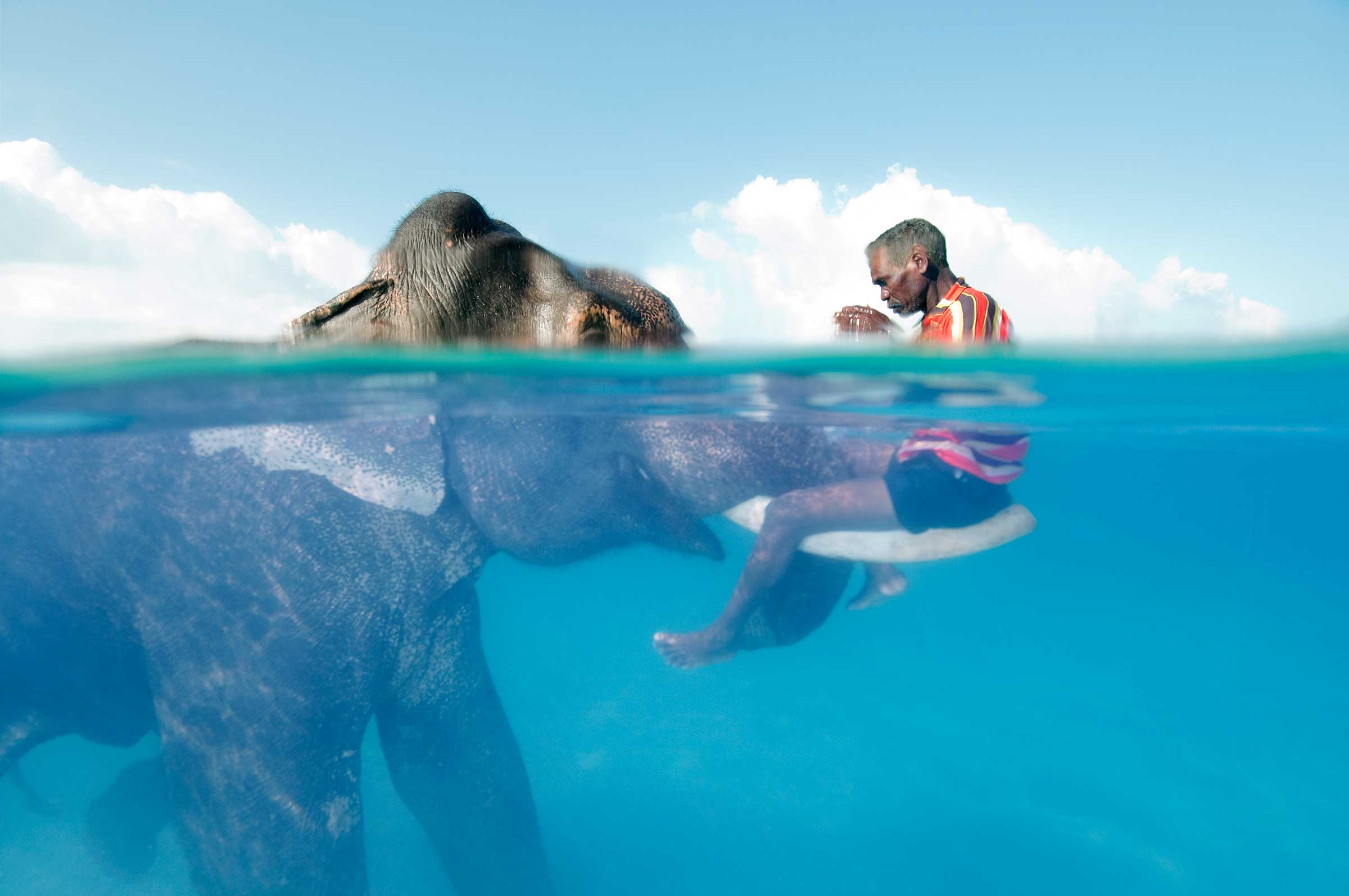 Asian elephant, Rajan, gives his mahout (handler) a ride as they spend some leisure time together in the Bay of Bengal off the Andaman Islands near India. Rajan is a retired worker elephant who used to move logs. Now, as retirees are wont to do, Rajan is enjoying the rest of his life doing whatever he wants to do. 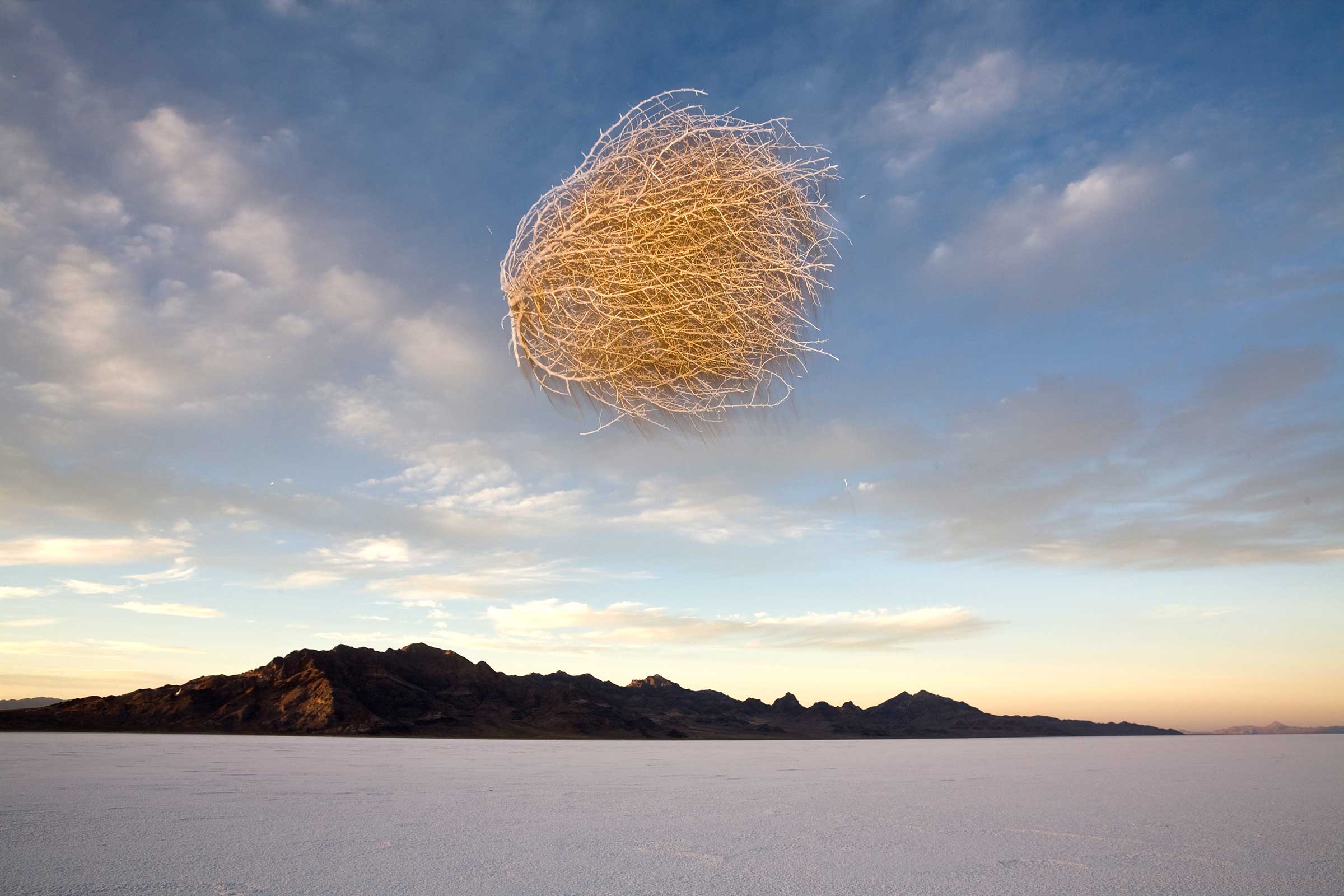 In another photo by John Burcham, this tumbleweed appears to be flying of its own accord over the Bonneville Salt Flats in Utah. Tumbleweeds are usually found in arid plains and steppe regions. While mostly associated as a symbol of the Western United States, tumbleweeds originated in Asia and are considered to be invasive plants in the U.S. Even though they appear to just be haphazardly tumbling around, there is a method to their madness. After the plant dies and breaks from its root system, it gets blown about by the wind, spreading its seed as it tumbles across the landscape.

The post 6 Rare ‘National Geographic’ Photos That Will Blow You Away appeared first on tentree.