Spider lovers rejoice! Scientists have found 50 new species of spider in Queensland, Australia over the course of about two weeks. That's a lot of new spider friends all at once!

23 researchers from the Macquarie University, Queensland Museum, and Bush Blitz to Quinkan Country in Queensland’s Cape York Peninsula found a total of 50 new species of spiders over the course of just two weeks. Researchers are calling the province the "spider capitol of Australia”

Among the 50 newly discovered spiders, there is a new species of scuba diving tarantula, a jumping spider, a fuzzy-legged swift spider, a trapdoor spider, and an especially clever ant-eating spider that mimics ants to camouflage itself when hunting.

The spiders aren't all giant, terrifying spiders you think of when you picture Australia's prolific, varying spider species. Some are smaller than the average fingernail, while others are the size of your face. Yikes!

All 50 were found on the Cape York Peninsula. 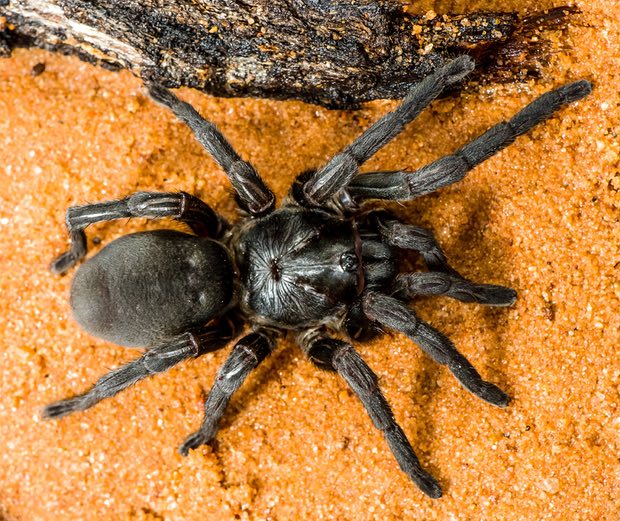 Researchers worked closely with the indigenous rangers of Quinkan Country, whose help was instrumental in locating the new species. It is the first time the biodiversity of the West Quinkan had been scientifically surveyed.

Bush Blitz, an ecological research body has discovered 1,139 new species of fauna, from fish to snails, since they were founded in 2010. The organization receives most of its funding from the government.

“We’ve undertaken 34 Expeditions, but it’s likely this expedition will yield the greatest number of new species discoveries so far,” Jo Harding, manager at Bush Blitz, said in a statement. “With over 1,200 new species discovered by Bush Blitz already, we are slowly filling gaps in our knowledge of Australia’s biodiversity.”