The enigmatic past of Cambodia has proven to be both heartbreaking and inspiring. The country, which has gone through six name changes since gaining its independence in 1953, has been left to recover the identity it nearly lost short decades ago. Hidden somewhere beneath years of genocide and foreign occupation, the spirit of Cambodia has proven completely and utterly resilient. Understandably, however, Cambodia and the Khmer people did not escape these horrors unscathed.

From 1975-1979, a political faction known as the "Khmer Rouge" ruled Cambodia (then Democratic Kampuchea) as tyrants, systematically killing 25% of the population (est. 1.5-3 million people). In carrying out their radical program of creating a classless, agrarian society of "Old People" (uneducated rural peasants), the Khmer Rouge evacuated every urban centre in Cambodia, relegating the entire population to rural forced labour camps.

After nearly four years of the Khmer Rouge in power, Vietnamese forces invaded on Christmas of 1978, overrunning the Kampuchean Revolutionary Army (the Khmer Rouge military) in only two weeks. On January 8, 1979, a pro-Vietnam "People's Republic of Kampuchea" was set up in the capital, Phnom Penh, marking the beginning of a ten year foreign occupation. During this time, the Khmer Rouge, despite the monstrosities they committed, retained their seat in the United Nations and were recognised as the legitimate government of Kampuchea. In 1993, FUNCINPEC won the general election (which saw a 90% voter turnout of registered voters), forming a coalition government with the Cambodian People's Party and reinstating the constitutional monarchy in the renamed "Kingdom of Cambodia", taking over the UN seat. The Khmer Rouge officially dissolved in 1999, 24 years after first coming into power. 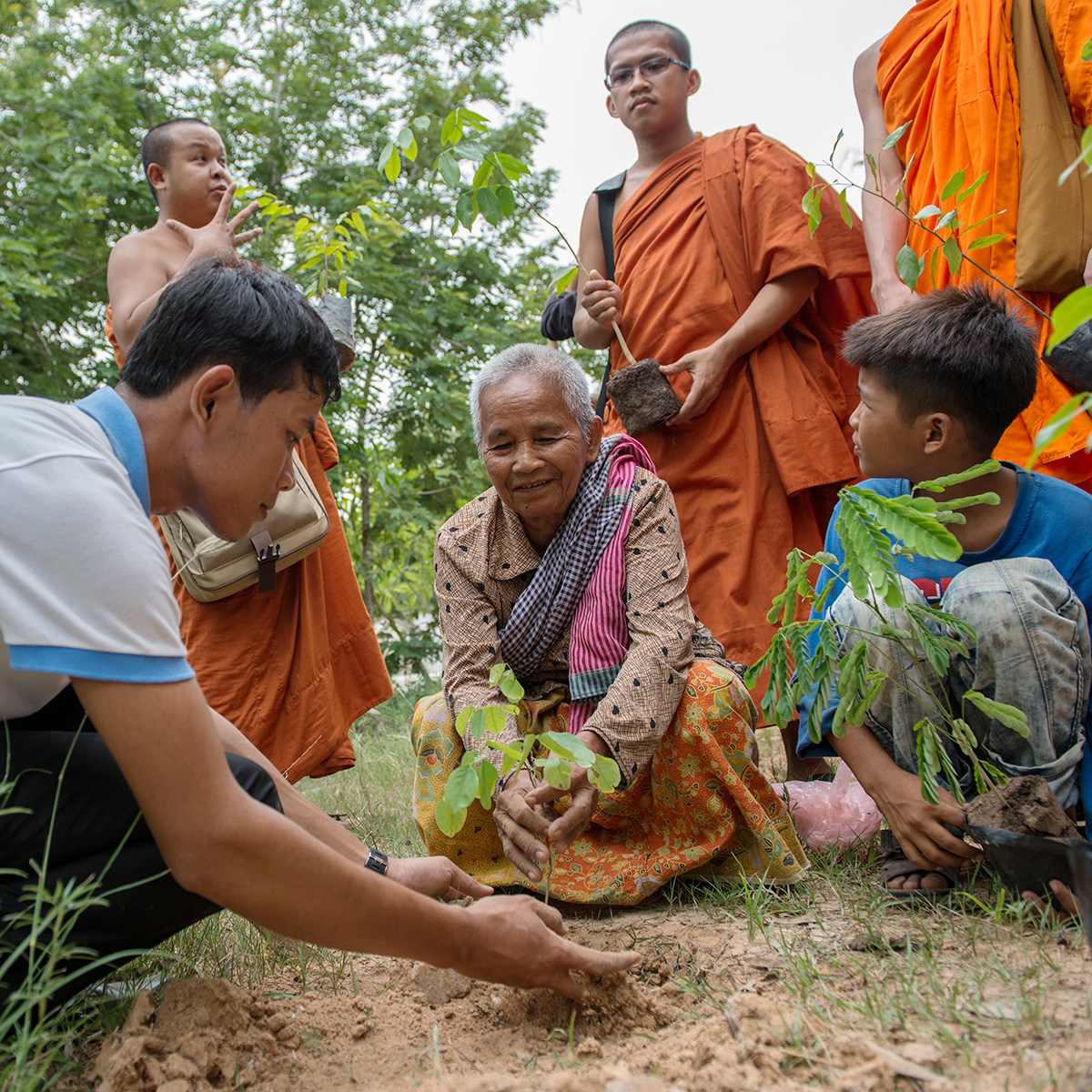 So what does this have to do with tentree?

While the state of Cambodia is much more liveable than during the Khmer Rouge regime, it is still riddled with corruption as the country continues to heal from mass genocide and near cultural annihilation. According to Transparency International in 2013, Cambodia ranked 160 out of 177 on the corruption perception index; that meaning there are only 17 countries in the entire world that are considered more corrupt.

When corruption is such a major force in governance, money becomes the main priority of the government. When money is the main priority of the government, the environment tends to suffer. Cambodia, unfortunately, has one of the highest rates of deforestation in the world. Widespread logging, both illegal and government sanctioned, is rapidly destroying forests throughout the country. Prey Lang forest for example, one of Southeast Asia's last remaining lowland evergreen woodlands, could vanish entirely within two years at its current rate of deforestation. It's true that both the Khmer people as well as the Cambodian environment have been scarred in the time since the Khmer Rouge regime, but the healing process has already begun.

tentree wants to be a part of this process, helping foster a pride in their country that many Khmer people may not have felt in a very long time. By planting in Cambodia, citizens have the chance to help their own country turn over a new leaf, ten trees at a time. Due to governmental restrictions, we were not able to plant mass amounts of trees in a single area. Instead, Buddhist monks and socially active youth alike planted and will take care of native trees on their temple grounds and near their schools across the country. These trees will be blessed by the monks, who hold the environment to be sacred and spiritual, and will stand as a reminder for all Cambodians that there is always new life and growth, even after such devastation.

We have planted a mixture of native trees; hardwood species lost to logging, fast growing protective species planted around slower, more vulnerable trees, as well as highly valuable nearly extinct hardwood species. We want to replicate a native forest, not simply plant monoculture. And we will be doing it with people who take pride in the progression of their country and the protection of our Earth.

Together, we can be a major force of change, helping the Khmer people reinvent Cambodia to become the country they want and need it to be.