forest of knives (aka the tsingy forests)

The Tsingy forests are jagged, knife-like limestone formations that stretch over 70 meters into the air. There are some but not many trees or wildlife living among the endless maze of disorienting corridors, humid caves, and unforgiving razors at the ground level. The razor-sharp limestone can slice through equipment and flesh easily, which makes traversing them extremely difficult and dangerous. It is estimated that the Tsingy has the largest underground cave system in the world.

2) Only Way in and out is by Helicopter

The tsingy forests are split into two areas, north and south. The north is a nature reserve covering almost 330 square miles (the forests exist sporadically throughout the area). Then there is the south part, known as the Tsingy de Bemaraha National Park, covering 666 square kilometres (257 sq mi). We decided to check out the south chunk of forest because it was far from any "tourist" areas.

3) Dangers are Real, and for the Most Part, Unknown

The words Tsingy has a number of different meanings, the one we believe describes it best is the "forest of knives". If you slip and fall even a foot onto that stone, you can get a deep gash.

If you get claustrophobic, don't go to the Tsingy. There are tight spots to get through everywhere and if you get stuck, the only options are to climb up or turn around and head back.

These caves are humid and damp with no vegetation yet there are some large spiders and long, gross looking bugs living down there. we turned off our lights and went mute for 5 minutes...honestly you start going a bit crazy. It is complete darkness and silence down there. 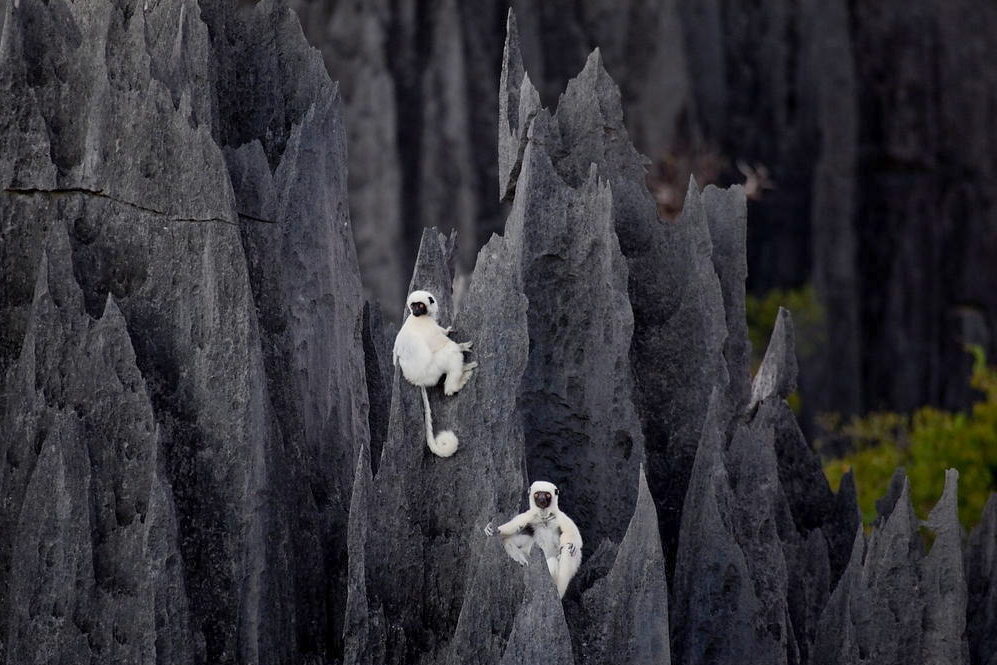 Despite the rough conditions, certain species of lemur, lizard, snake, and birds have adapted to the region.

If this picture doesn't seem that high, just remember those are the top of giant trees you see -- not bushes.

If you like traversing, this is an amazing place to do it. There are endless routes to take and you can grip the rock almost anywhere. But make sure you have tough equipment, this stuff ripped through my Osprey Backpack and new Salomon hiking shoes!

9) Disorientation / Legends of the Lost

An incredible world of forest canyons does not even start to describe it. But if you go, be careful. It is easy to get lost in there -- the locals told us numerous stories of people trying to head into different areas of the Tsingy and never coming out.

10) No Man has ever Been there Before

The South Tsingy is still protected as a natural reserve, and there are no access points to the southern regions. No roads, no airports, no people. To find a way in, we looked on google maps for a couple of hours and scouted areas within the forest that looked big enough and flat enough to land a helicopter. Luckily, we found one.

Since the first airport was built, there has been no record of any flights landing in this area of the Tsingy, and, since there is no access by foot, we believe that we were the first people to ever explore this area.

Unfortunately Madagascar is also one of the most heavily deforested countries in the world. It is expected that at the current rate, all the forest cover will be gone by 2025. The "green island" has become the "red island."

We are incredibly fortunate to be able to help the locals of Madagascar with their reforestation efforts. We have already planted over 2 million trees and hired over 400 full time employees to plant. Thank you for your support! 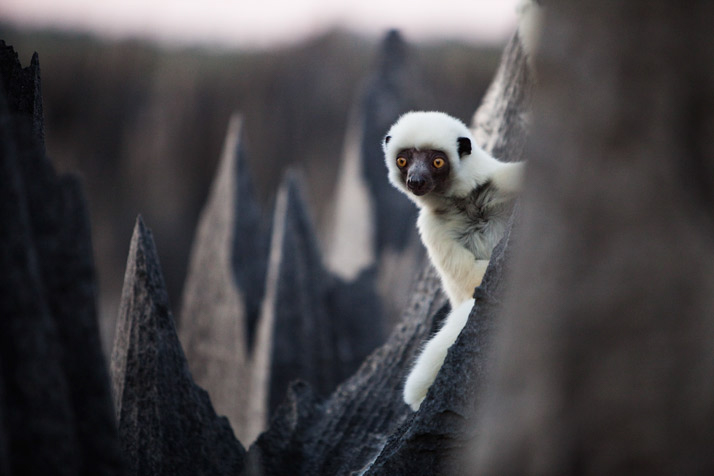 The post forest of knives (aka the tsingy forests) appeared first on tentree.