Hawaii loses one of its greatest hikes

The Stairway to Heaven, also known as the Haiku Ladder is an incredibly challenging, 3,922 step long steep staircase that goes to the top of Oahu's Koolau mountain range in Hawaii. The hike was deemed unsafe by the government and is therefore illegal, which adds to the fun -- to get onto the trail you have to start out around 2 or 3AM in order to beat security (or you end up paying them a small "entrance fee"). The staircase is famous because of its sketchiness -- old rickety steps that can slip out from under you while you climb as well as the dangers that come with the steep nature of the hill. There are a number of points where if you fall back down the stairs, you're not going to survive. 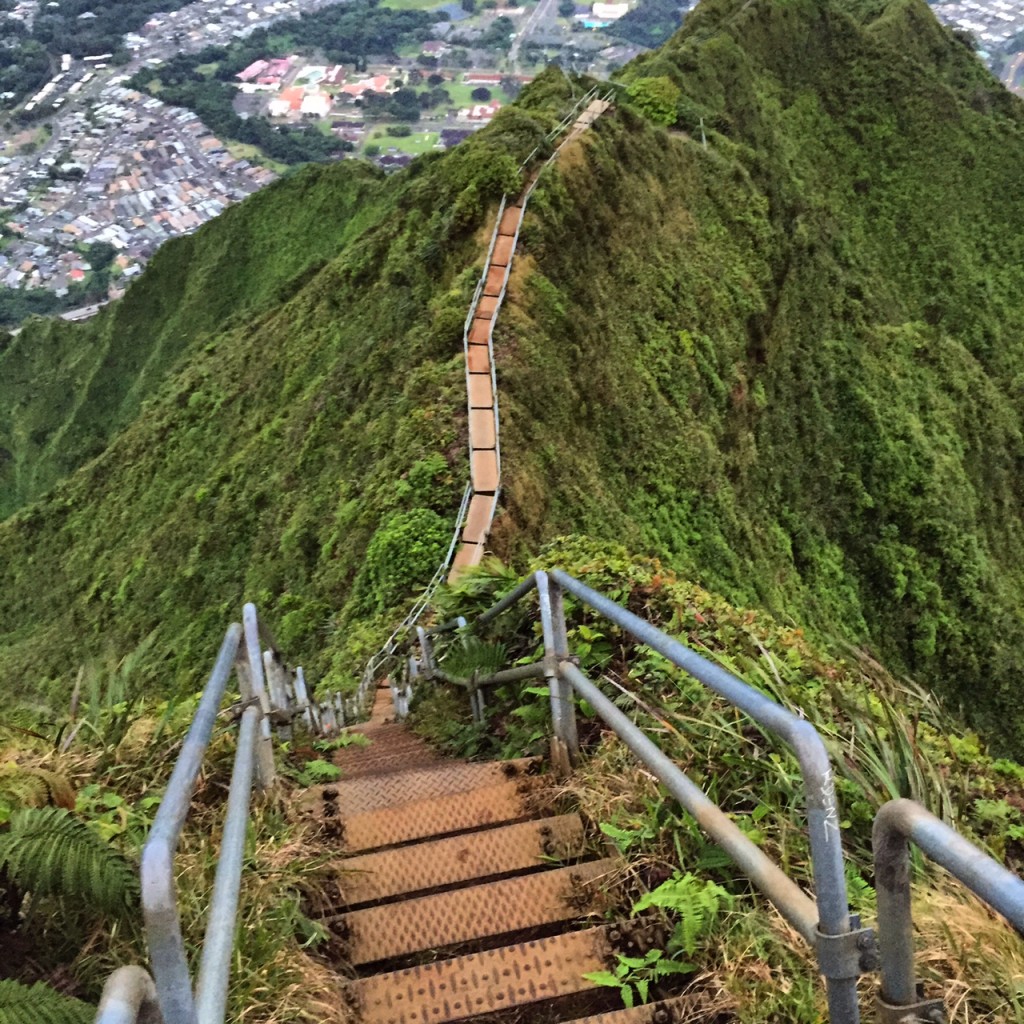 The stairs were put in place as part of a secret operation by the US Navy in the early 1940's. There is a large satellite dish at the top of the mountain which would be used to radio Navy ships operating throughout the Pacific Ocean. They installed these dishes at the top of the a number of the Koolau mountains and created a stairway for troops to access it.

The stairs were originally wood but got replaced by metal ones you see today in the early 1950s. The stairs slowly deteriorated and have been repaired once since the change (in 2003). Due to liability concerns and a death on the hike in 2012, there has been a guard placed on the bottom of the hill to stop people from riding up.

The sad news? On February 14th, 2015 a huge storm hit Oahu and caused tremendous damage to the stairs. Once the storm cleared up, five people got stuck on the ridge and had to be rescued by the Honolulu Fire Department.

Since then, the hike been given two options, to either find another agency to manage the hike safely or else it will be torn down by the Board of Water Supply (since it's on their property). The most recent update we've heard is that the board is taking steps to ensure the stairs are demolished.

We are hoping that the stairs find support as it's an amazing trail. We were lucky enough to hike just one month before the storm. Either way, make sure you get to Hawaii to enjoy all the amazing hikes before they're gone! (click here for 5 we recommend)