5 Of The Weirdest Trees On Earth The world is full of trees! With more than 60,000 species of tree found worldwide, there are bound to be a few oddballs. Here are 5 of the weirdest trees (but also coolest) on earth! 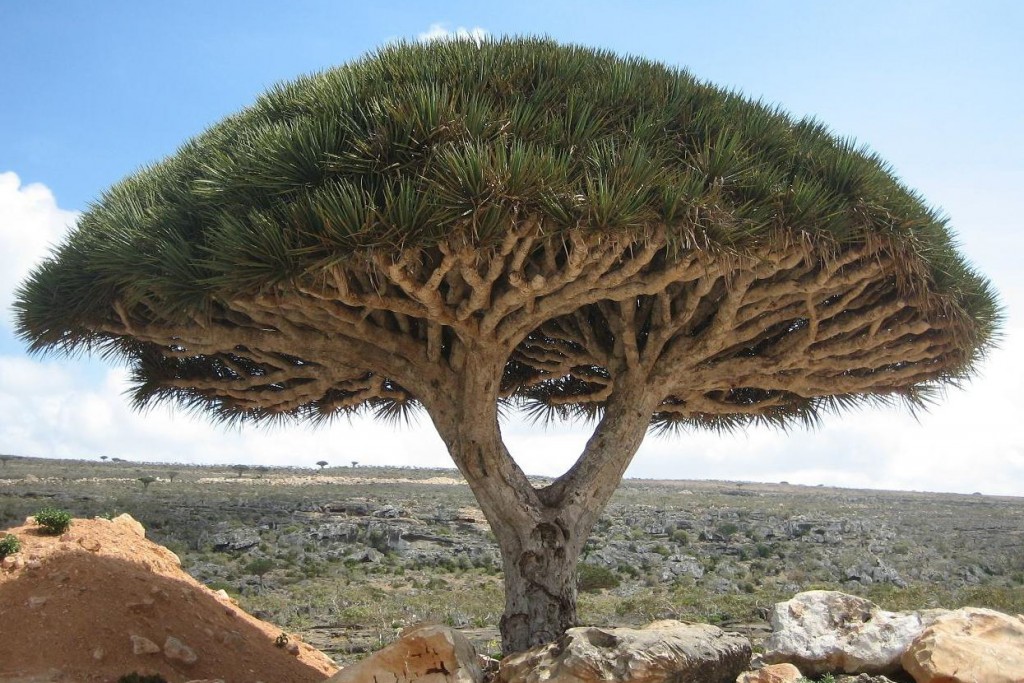 Myths surround this unusual “umbrella –like” tree giving rise to its name the Dragon Tree. A blood red resin has been obtained from this species for thousands of years. Along with Frankincense as an article of trade on the island they called Discordia and we now call Socotra. Some articles cite the mythology of these trees arising from the blood of Ladon the Dragon (Draco Hesepros) who was slayed, or perhaps not. While trying to protect the Golden Apple tree in the Garden of the Hesperides from Herakles (Hercules) who was undertaking his 11th task, to steal some golden apples. You can grow a similar tree at home in almost any part of the world. The Dragon’s Blood Tree belongs to a large and diverse family, many of which can be container grown indoors or out. 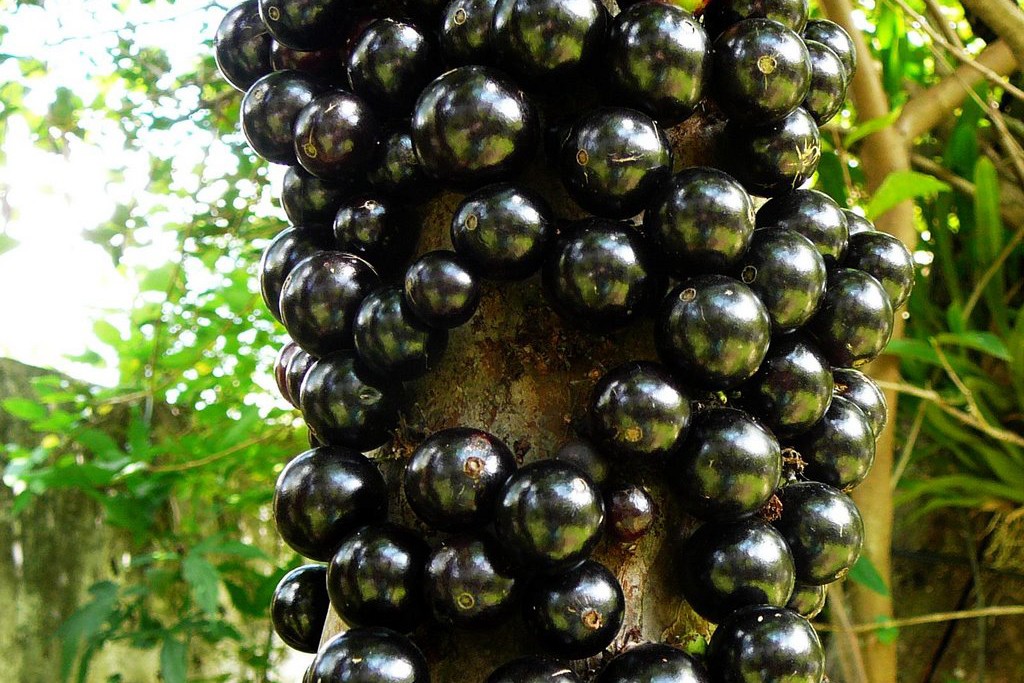 Myrciaria cauliflora or Jabuticaba, is an unusual fruit tree native to Brazil. The fruit of the tree grow all over the trunk, and not just in the branches, making it look like the tree is extruding oily tears. The small black fruit are almost universally compared to grapes and are either eaten whole or crushed to make juice or wine. Almost as strange as the appearance of the black fruits are the hairy white blossoms from which the fruit grow. The tree will bloom, and fruit, several times a year if the conditions are good 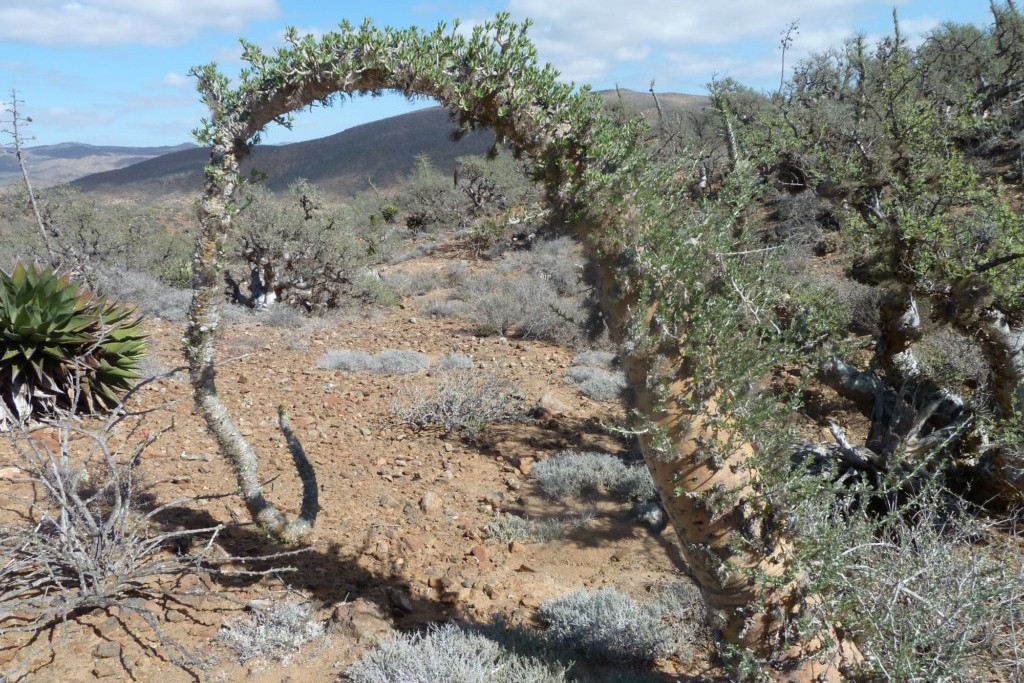 Fouquieria columnaris, Boojum tree of Baha California, resembles a cactus more than a tree at first sight. The thin trunks of the tree can grow in sinuous shapes because the inner wood is remarkably soft and they grow up to 20m high. As a native of the desert, the leaves of the plant are small and cover the trunk to reduce water loss. When the trees flower they produce a cloud of cream blooms at the very top of the trunks. The Boojum tree derives its name from the absurd poem ‘The Hunting of the Snark’ by Lewis Carroll, which is appropriate for the unusual looking tree. 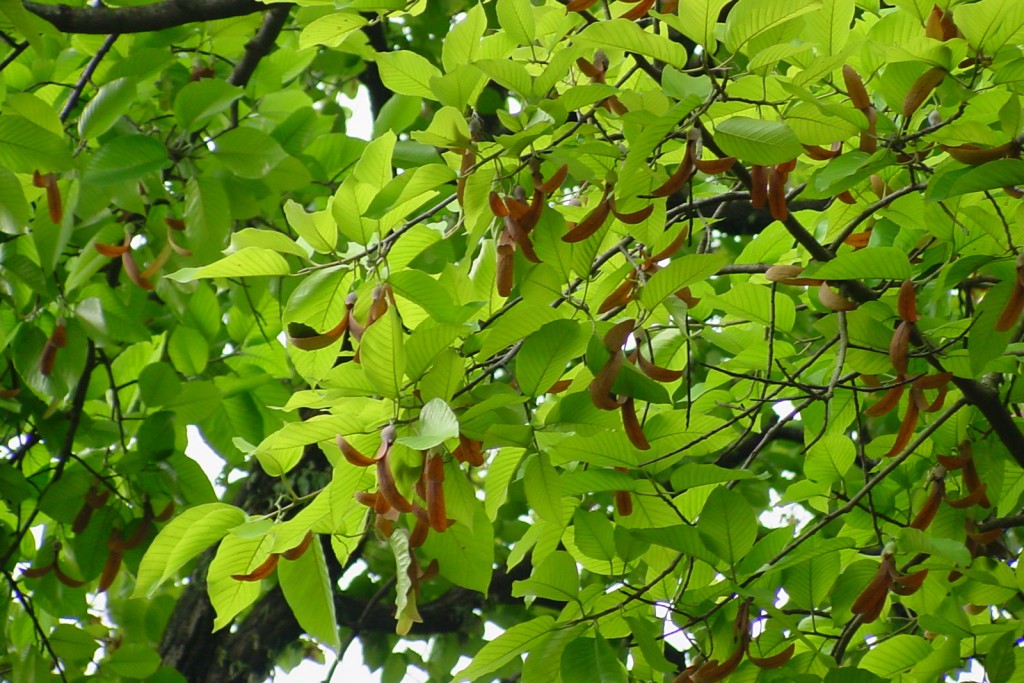 Dipterocarpus alatus is an endangered species in its natural habitat along the river banks of Koh Chang where it is a rapid colonizer of alluvial soils. This tree species is a tropical forest tree of dense evergreen or mixed dense forests common in Thailand, Cambodia, Laos, Malaysia, Philippines and Vietnam. Its fruit is a very cool nut that is surrounded by the large caylx; with 5 papery wings, to 8 millimeters broad, 2 larger fruit calyx lobes up to 14 centimeters by 3 centimeters, 3 shorter ones up to 12 millimeters by 14 millimeters. These adaptations allow this seed to “fly” through the rainforest for some time. The wood is much valued in construction and cabinetwork and is considered as one of the most important timber species next to teak in Thailand.

The tree’s resin is used by indigenous people for illumination and waterproofing baskets and boats. It is exported to other countries where it is used for paint, varnish and lacquer. When mixed with beeswax, it is used in bandages for ulcerated wounds. Annual production of resin per tapped tree is between 23 and 31 liters. The bark of young trees is also used in traditional medicine, taken against rheumatism and diseases of the liver, and to stimulate appetite in cattle. 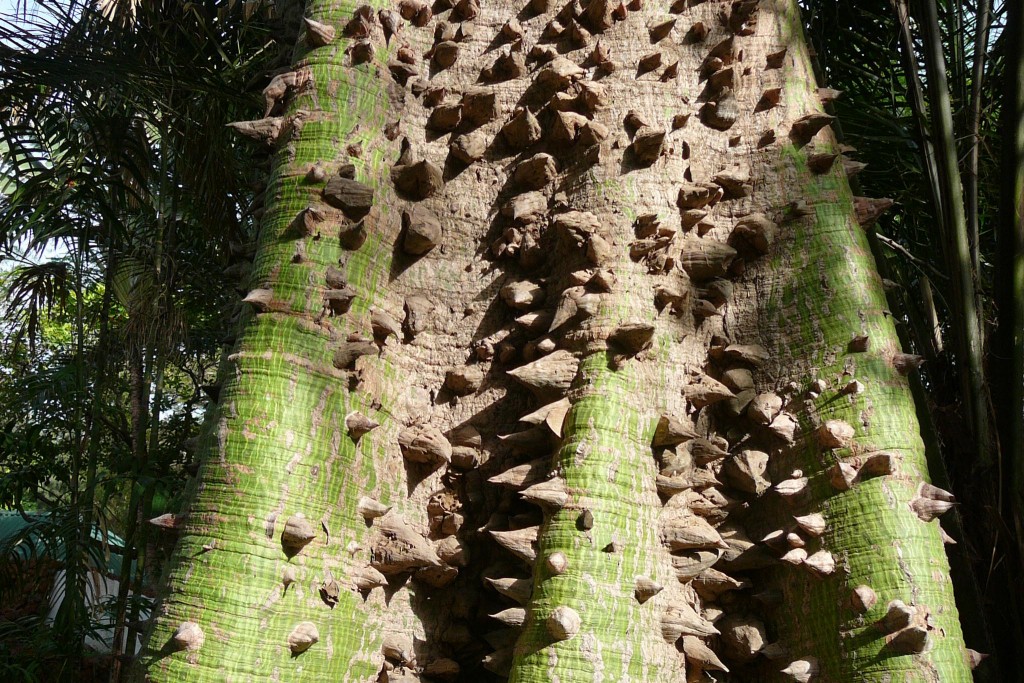 Stinky flowers but that’s ok, the bats that pollinate them seem to love it! A ginormous tree so well armed with thorns that even monkeys take a second look before attempting to climb. Towering over the rainforests and tropical jungles, the Kapok allows it seeds, which to all intents and purposes, look like cotton balls, and float on the wind. This advantage allows this tree to be of the first emergent species in newly cleared land. Actually, Kapok cotton fluff is resistant to mildew, fungus and is total buoyant as well as waterproof. There is little wonder that this material once played a responsible role in the stuffing of personal floatation devices.

Note to self, not a great landscape tree, they grow too darn fast!