The Direction We are Branching

Floating above the earth is the space station full of those who were lucky enough to get away from the planet. They sought refuge from the blistering desert that remains. Of course, they were the lucky ones, able to get away from it all. Left behind were the poor, the downtrodden. First world and third world have never meshed. As the wealthy swoon and squander thousands, millions, some billions, the desolate folks who never stood a chance, do not stand. The dust swirls around them and the heat pours down onto their shoulders and brows.

The water has since been contaminated. Sure, the ocean still flows, but it doesn’t offer any options for their thirst. Those floating above the earth have access to the clean waters of the planets surrounding. The rate at which the water is brought in would never be sustainable for the 7 billion people on earth, so 7 billion on earth would become a select group who were chosen to survive. The rest, left to fend; a hopeless endeavour. No food, no shelter, not even a tree willing to withstand the violent climate. The longest surviving souls on the planet have lost their branches, and their spirit.

Is this the direction we are headed? I’ve touched on before on how Hollywood portrays nature, but how we as a society foresee our own future is fairly bleak. It is not a coincidence that writers write about a devastating futures for our planet. All signs point to yes. After years and years of pillaging and plundering our own planet have we have pushed it to the point of no return? It is not unreasonable to believe that we will run out of water, we will run out of food, and we will run out of air to breathe. What is unreasonable is thinking we have done enough to sway ourselves in the other direction.

Going green is a trend, and isn’t that a blessing. How green do we have to go before it will even make a difference? No, no, we cannot possess that attitude that we should not even try because it won’t make a difference. It is a question that we must find an answer for. What will it take? In the last few years we have made great strides as a society to offer our planet a little sympathy and relief. Still, there are changes to be made. The rich get richer, the poor get poorer. The garbage dumps grow and the seasons change. It may be easy to accept the inevitable fate, when we will never have to live through it. It is also easy to say we want to protect the earth for our children and our children’s children, but we actually have to do it….right? 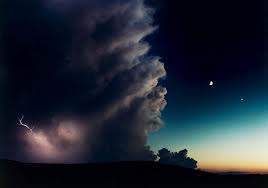 Floating above the earth are the clouds. They sought escape from their daily chores within the lustrous forest. They are all so lucky, having these incredible places in nature to be able to get away from it all. They could all experience it, because they’ve shared the planet’s resources, and sustained them. The dust swirls where it is meant to swirl, and the heat pours down where it is welcome; just as the rain falls crisply and the stars will soon emerge. The combination of preservation and technologic intelligence has created a force of nature that more than adequately replenishes nature itself. What once seemed like a hopeless endeavour to save our planet certainly became a worthy success. The longest surviving souls on the planet continue to branch, and their spirits live on.

The post The Direction We are Branching appeared first on tentree.