This Ancient Tree In Greece Is Officially The Oldest In Europe

One of the reasons we plant 10 trees for each item purchased in our store is because of their longevity. Long after you and I are gone, the trees we plant will still be giving back to this planet in an incredible way. And that's why we like to feature trees like this one.

A report released last August determined that this Bosnian Pine (nicknamed Adonis) located in the highlands of Northern Greece is the oldest tree in Europe, coming in at 1,075 years old. It was discovered by researchers from the University of Mainz, Stockholm University, and the University of Arizona.

"In our research, we try to build long chronologies to construct climate histories, so finding living trees of old age is one of our motivations,” wrote Paul Krusic, a Swedish dendrochronologist, in the release. 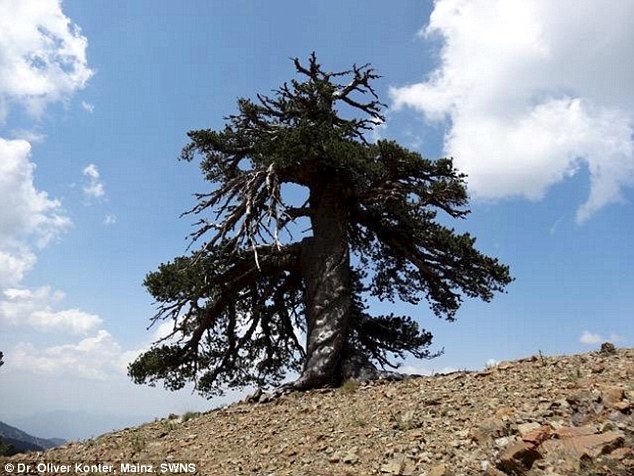 Krusic and other researchers were able to determine the tree's age a core of wood was taken from it. It sounds intense, but it's not harmful to the tree at all. Researchers were not able to take a complete core sample, meaning that it is older than 1,075 years, but they can't say for certain.

This tree isn't all on its own though. The Bosnian pines around it are all around 1,000 years old as well. It must be a truly incredible experience being around such ancient giants.

Old Tjikko, a spruce tree also located in Europe, is considered by some to be the oldest tree on the continent, but it's what's called a clonal tree. The tree itself has existed for 9,000 years, but it routinely dies and sends up new chutes, cloned asexually from itself.

This Bosnian pine, however, is the oldest non-clonal tree in Europe. But it's hardly the oldest in the world. That would be a bristlecone pine named Methuselah, found in Northern California. It's estimated to be around 4,800 years old.

Adonis was a seedling when the Byzantine Empire was at its peak. It was 250 years old at the founding of Oxford University and 500 years old when Johannes Gutenberg tested out his first printing press.

That's one old tree! Special thanks to the University of Mainz for providing us with these awesome images of Adonis.

The post This Ancient Tree In Greece Is Officially The Oldest In Europe appeared first on tentree.