This Mom Built Her Own Tiny Home, And She's Giving Away The Plans

Tiny homes are growing in popularity for a host of different reasons. In Oregon, activists have begun building tiny homes in order to house their growing homeless population. Elsewhere, we see individuals and families building and moving into tiny homes to escape the rat race and live more simply. But it's a big, sometimes scary project to take on.

Most people, without some type of formal training, would never even consider building their own home. I mean, you have to know what materials to use, how to run power equipment, what building permits to get, how to build in compliance with building codes, etc. But, that's just what Ana White did!

Ana is a self-taught carpenter whose DIY blog draws over 1 million views per month! She built this amazing tiny house in rural Alaska with her husband, Jacob. Ana said the decision to build their house themselves was, "out of necessity" due to the remote part of Alaska they live in. Ana and Jacob built their house, nicknamed "The Quartz," on an 85 foot wide 24 foot long PJ Super Wide Channel B6 trailer. There is no running water in the home due to the extremely cold Alaskan winters, but the house certainly is not lacking in charm! 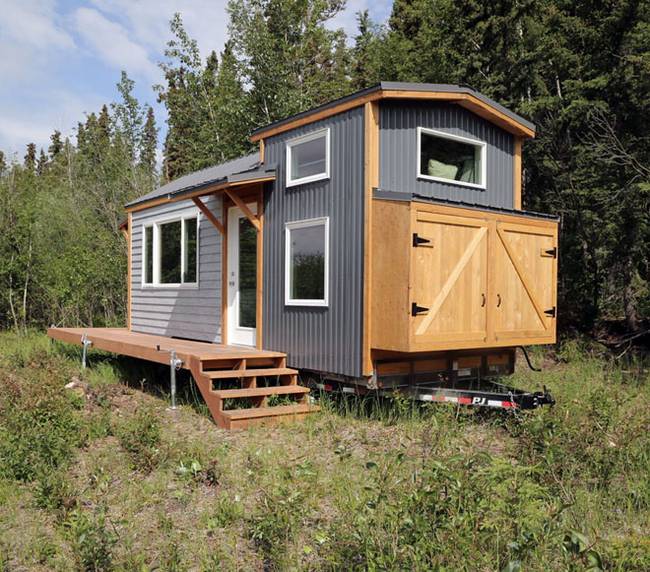 As with other tiny homes, Ana maximized every square inch of space in The Quartz. She came up with some very clever storage ideas to keep the home from being cluttered, like the sofa/bed/storage unit that can be rolled under a platform bed when extra space is needed. The kitchen table Ana made can be split into two pieces to make extra counter space and using shelves for holding dinnerware, rather than cabinets, helps to keep the home from feeling claustrophobic. The bench seats for the kitchen table also double as storage and slide under the cabinet when not in use. 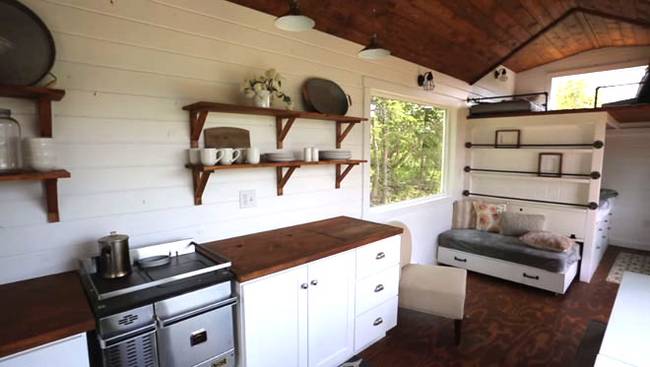 Ana's reason for wanting to provide the plans for this lovely little house free of charge is simple. She explained, "I needed to be able to provide plans for free so women could look at it and it would create confidence in them that ‘I can build this’. I knew that for me, as a mom with a single income, a really limited income, at home all day, it needed to be free because I myself couldn’t have afforded to pay $10 a plan."

Ana's website contains over 1,000 free plans that are easily searched according to style, project, room, cost and skill level. Even if you don't want to build a tiny house, Ana's blog is packed with all kinds of cool ideas for the aspiring, as well as the more experienced, DIYer. Go check it out! But, before you go, watch the video tour of The Quartz below:

The post This Mom Built Her Own Tiny Home, And She's Giving Away The Plans appeared first on tentree.