Living the city life can be so exhausting. There's constant noise, people everywhere, and frankly, it's a lot of work. That's what makes country getaways so splendid. Whether it's on top of a mountain, on the beach, or in the woods, returning to nature is a spiritually cleansing thing. So when I saw this unusual tiny home, I knew I had to write about it.

Standard-sized homes being built today tend to feature a handful of the same amenities. The layouts may be different, but the result is just about always the same. Conversely, each tiny home can be a work of art if that's what you want it to be, and many tiny home designers like to think outside of the box when it comes to their homes.

Near Bordeaux, France, Lou Andréa Lassalle has created quite a work of art with his tiny, lakeside, prismatic cabin. I've never seen one quite like it. The cabin belongs to Refuges Périurbains, which builds installations like this one near Bordeaux as a way for fatigued city dwellers to temporarily escape and experience a magical night in nature. For the prism cabin, Lassalle wanted to enhance the structure with gorgeous stained glass that the temporary resident could truly enjoy. 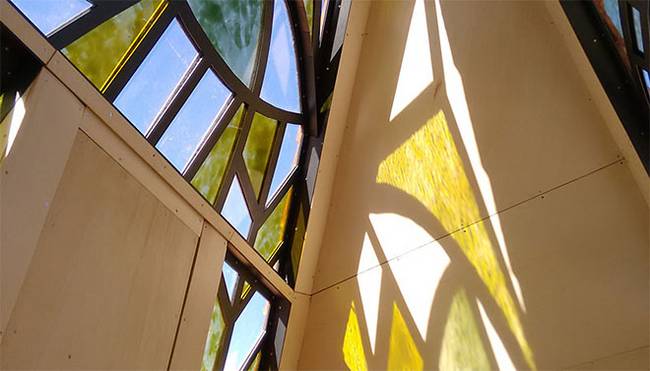 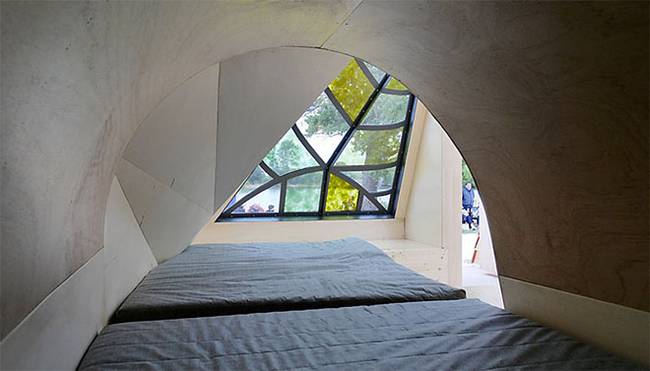 "The Prism is a place between two dimensions," explains Lassalle. "One between oneself in which one retires, conducive to revelations. A new omen, a place to live alone or with a group with whom to remake the world. Between the glass facets of this new refuge, the lights and the world diffract to reveal unsuspected nuances."

"We rediscover the landscape, its different specters invisible to the naked eye. A horizon full of phantasmagoric visions, waiting for its revelation. Under the prism of this new refuge, an entire universe has to be reinvented, in this intimate and silent place, floating between the real and the dream." 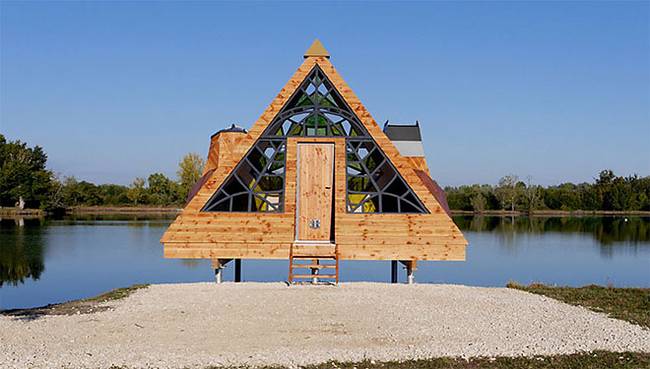 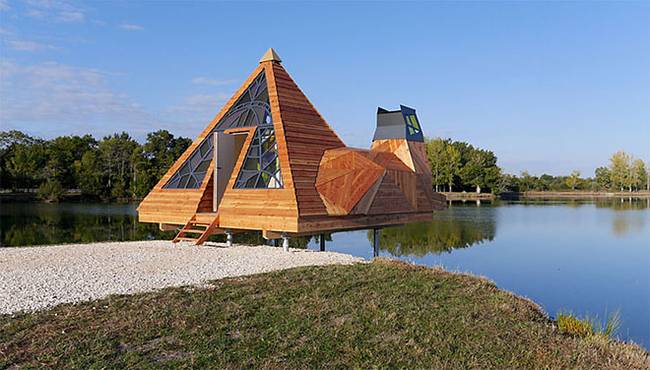 The cabin itself is pretty bare bones. It lacks electricity or running water, but it offers a type of peace that can only be found in nature. It has a stellar outdoor deck and a composting toilet. The cabin, though tiny, can host as many as eight people. If you'd like to learn more, visit Refuges Périurbains and Lou Andréa Lassalle. 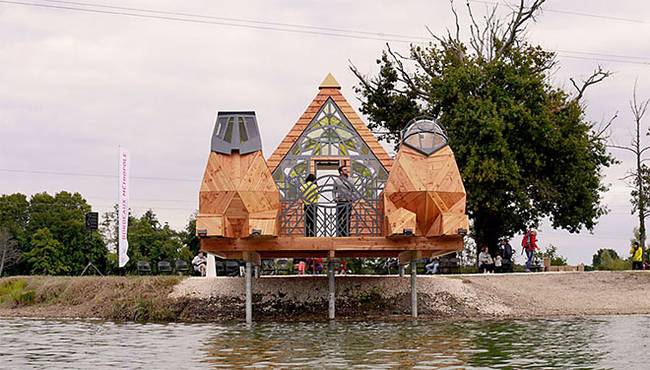 Could you spend a night here?

The post This Prismatic Lakeside Tiny Cabin Is A Peaceful Escape From City Life appeared first on tentree.