California has been in an extreme drought for years, likely the result of climate change. But over the winter, California pretty much had its drought issue resolved by some serious rainfall. The result this spring was an exceptionally intense Super Bloom in the high desert.

This Super Bloom is said to be the most robust anyone has seen in decades. Most of the bloom took place in the Anza-Borrego Desert State Park. The bloom is comprised of poppies, lilies, primroses, and other flowers.

Anza Borrego is expected to explode with wildflowers during the next couple weeks! Last weekend we climbed up this canyon for sunrise and found the entire top blooming with purple! Go check it out if you can!

"What's happened in the last four or five days is extraordinary," said Kathy DeMunck, assistant manager at the park's nature center. "We really haven't had this kind of a bloom since 2005. The desert has really come alive."

Planet, which is a private satellite startup, captured the image of the desert flowers in bloom. Low-Earth orbit satellites were utilized to take the photos. 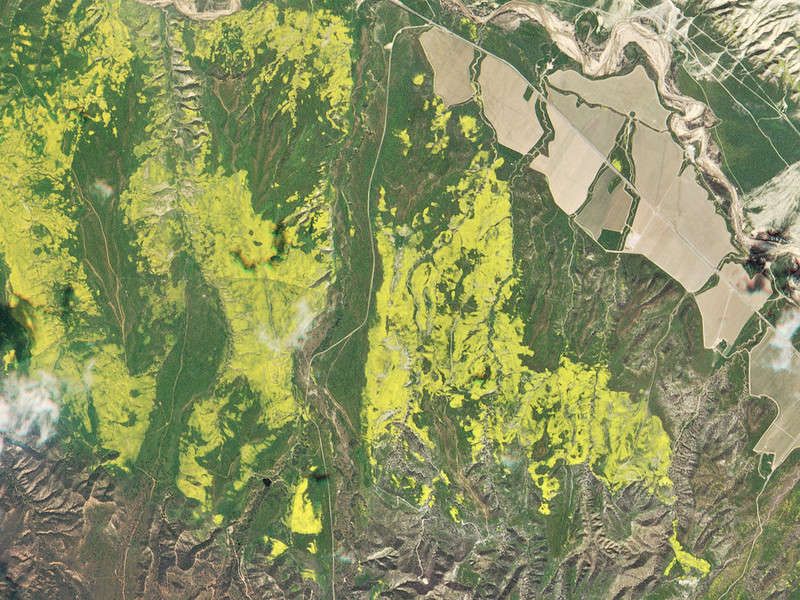 The Super Bloom attracted significant attention to the state park and surrounding areas. Unfortunately, that meant some pretty large crowds and lots of traffic to the area. This resulted in some damage to the natural environment, but most of the flowers in the desert are tough. They'll be back.

Thanks to Planet, we can see some of the natural beauty from space.

The post This Year's "Super Bloom" In California Was So Intense You Could See It From Space appeared first on tentree.